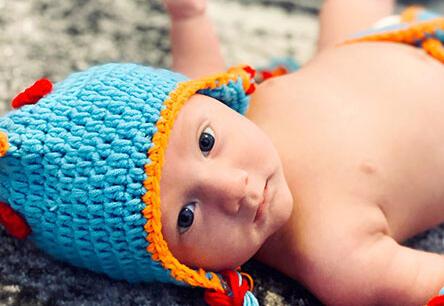 I was blessed to become a parent when I had my first son biologically. I thoroughly enjoyed being a parent and watching him grow into an incredible little boy. But as time passed, it became clear I wanted to have more children. Ever since I was a little girl, I’ve wanted to have two or three kids, with at least one of them being adopted. Adoption has always held a special place in my heart because my father was adopted. I didn’t plan on being a single parent, but it happens, and there I was raising my sweet boy. The family I built with my son was full of love and laughter. Sometimes he would ask me when we could get him a brother or sister while professing his unchanging love and excitement that one day we would be blessed with having another child in our family. I couldn’t wait to expand my family and share everything we had with another child.

When my son was three years old, I attempted fertility treatments, and it didn’t go well, so I knew in my heart any children I had in the future would come through adoption. I started the research and quickly found that as a single parent, there were few places willing to partner with me in my adoption journey. When I found LifeLong, I felt a renewed hope and knew I was not alone. As a non-traditional family, we were treated the same as any couple attempting to adopt with the agency.

Committing to Being Authentic

After I started my process, I knew the outcome would be out of my hands, so I simply went about enjoying my life with my son. I did everything I needed to do for the adoption, but I didn’t put my life on hold. I thought to myself, “If it’s meant to be, it will happen, and I have to be ok with letting go.”

Initially, when LifeLong asked me to submit photos to be put online, they gave me a lot of guidelines meant to help any adoptive parent showcase their family in a way that would help them make connections. But as I looked through my photos, none of them fit the guidelines. As a single mother, I didn’t have the luxury of having another parent snapping photos of my son and me as we played. Our pictures were often natural and candid shots of family moments. They were far from perfect, but they truly illustrated who we were as a loving and deeply bonded family. It was important for me that it showed who I was and how I was with my current son—real life, hanging out, having fun. Really, us just being US.

“I want you to raise my son the way you raise your son.”

Being Truthful Is the Key

I made a connection with an expectant mother who said to me, “With every picture I saw, I realized I only wanted to connect with you. If it wasn’t for your pictures showing how you love to be a mom and the way you care for your son, I would’ve gone elsewhere. I want you to raise my son the way you raise your son.” I felt honored and validated because I knew staying authentic to who we are and sticking to my guns was the right way to go.

From the beginning, my connection with the expectant mother was great. We talked on the phone, and the bond was instant. Once we met up, we discovered we had more in common than we thought we did. We started to treat each other like old friends.

This was the point that I had to make a decision. Although she was certain that I was the right fit for adopting her baby, anything could still happen and adoptions aren’t final until after placement. So my decision was that, throughout the process, I decided I would focus on supporting her. I often thought about how this was an incredibly selfless act on her part. I knew she was making the choice to adopt because she was doing what was best for the baby and I wanted to be sensitive to her needs. I came to genuinely care about her.

Take the Back Seat

A month before her due date, I rented a house where she was and got my mother and my son to come with me as we all supported her journey. She ended up getting induced close to her due date. At the hospital, I was with her the whole time. I knew this time was special for her to bond with her child. As a friend, I wanted her to have that, so I simply made sure I took a back seat at the hospital. She could bond with him and have skin to skin with him. She could enjoy her moments as a mother and receive closure if she decided to finalize everything.

When she was about to deliver, I stood by her side and held her hand as she pushed twice before he came out. The nurses cleaned him up while waiting for someone to come to see him. Kyler’s birthmother finally said to me, “What are you waiting for? Go see him.” Without a word, I walked over to the freshly born infant. Just as I approached, he opened his eyes for the very first time and looked right at me. Something magical happened at that moment between the two of us. As I gazed into his eyes, it was amazing, like somehow he was sent here specifically to be my baby boy. It’s hard to describe the warmth of the exchange we had, but it filled my heart. Knowing the adoption hadn’t been finalized, and out of respect, I held back emotionally. I knew the birthmom needed time and closure, and she deserved to have that. Continuing to remain on the sidelines so she could spend time with the baby was the right thing to do. It’s almost like I took on the role of a dad in the delivery room.

In playing a dad role, I stayed attentive to her needs while supporting the mother to be just that — the mother — and assume the primary role with the care and comfort of the infant. I would be there when it was my turn to hold or help, but her emotional health and closure with the baby were important for all of us. I supported her for the next few days, and even after being discharged from the hospital, she came and stayed with us for the next couple of days so she could rest and heal.

After a few days, as I was making plans to go back home, I got a call from my lawyers. They said we were just waiting for one phone call and then everything would be finalized. This is when it hit me! It all became real. I couldn’t believe it.

For a long time, I didn’t want my expectations to get in the way of me enjoying this journey, so I simply didn’t think about finalizing the adoption. But now that it was done, every time I looked at Kyler, there was a tremendous sense of gratitude and a surge of pure love and contentment.

At the same time, I knew it would be difficult for Kyler’s birthmother to say goodbye. I looked for ways I could help her with the transition. As days passed, I continued to help her as a close friend would, but there are some things that just have to be internalized and processed alone.

We've Been So Blessed

Now that we have Kyler, our love has simply multiplied. Traditional family structures don’t truly make a family. It’s the amount of love shared that makes a family. I’m looking forward to adopting another child someday in the near future when the timing is right.

Within the adoption process, experiences will vary. The best advice I can offer is to just to represent your true self when designing your profile. Don’t try to be like everyone else and don’t try to be what you ‘think’ a potential birth mom would want you to be. Be open-minded but also mindful of the birthmother’s needs because this isn’t just about you, it’s about her too.

As a family, we’ve been so blessed. I’ll never forget this one piece of advice that a LifeLong coordinator gave me in the beginning of my process: “This process is different for everyone. One of the fastest adoptions I’ve ever seen was this young woman who couldn’t have children. She and her husband were in the circus. They had blue hair. They were truly unique individuals. Yet another couple connected with them simply because of their circus experience. They had only had their profile up for a couple of months before being selected and the baby was due right away." So, to the coordinator's point, everyone’s journey is uniquely theirs. So just be true to yourself. Don’t hide who you are.

This advice led me to Kyler’s birthmother and I couldn’t be more grateful.

Heather & Amber's story « Previous
Up Next » Kyle & Cheryl's story Up Next »

Start Your Adoption Journey Today! As of July 2nd we have 2 spots available! Free Application »