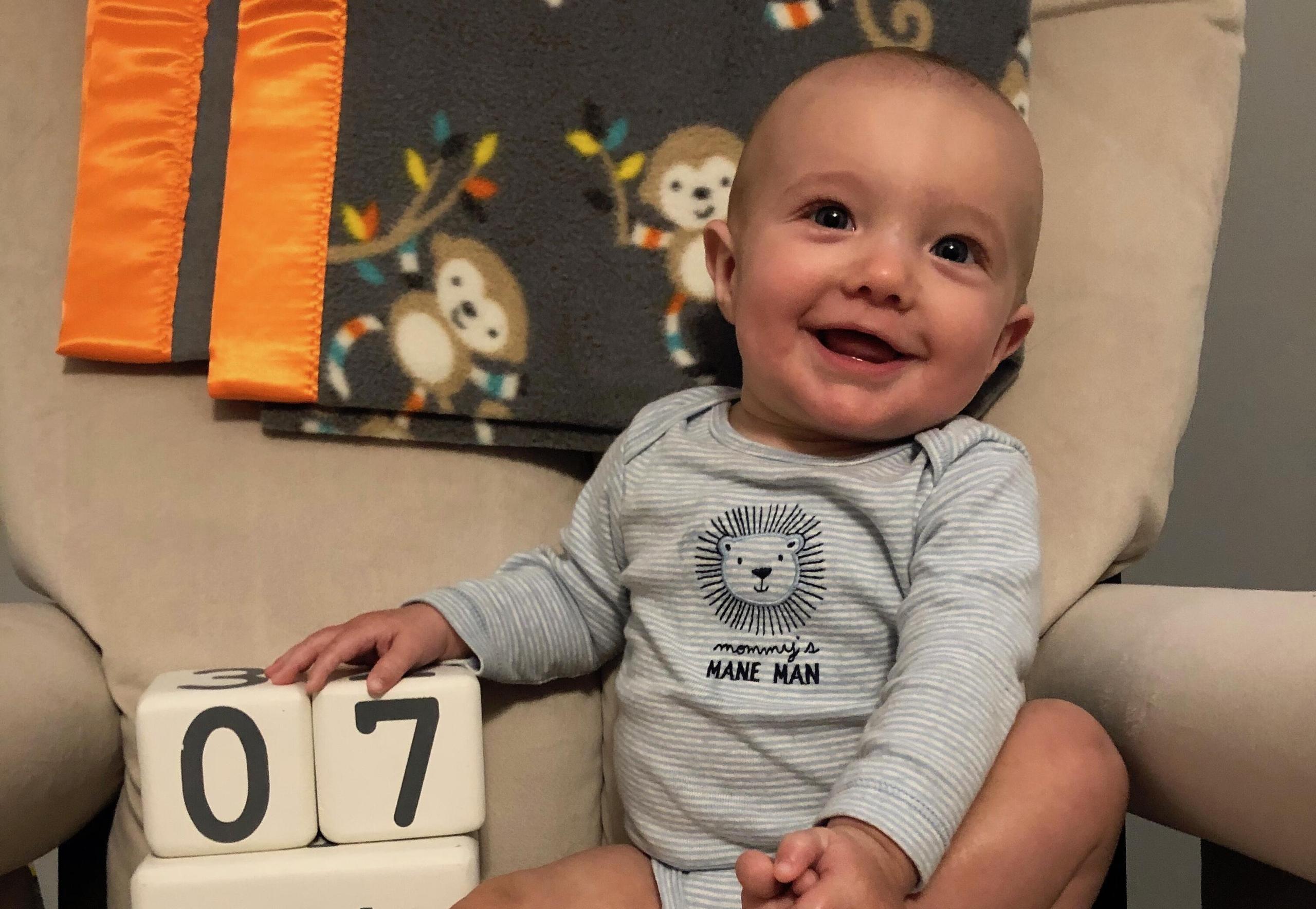 Adoption has been close to my family. My mom was adopted, but since times were different then, she did not know her birthparents because all records were closed. She had great parents, and I had wonderful grandparents.

When I got married, I was lucky enough to have a daughter and always wanted more children. As we kept trying, we realized I was not able to have anymore due to one miscarriage and several IVF attempts. Once I was single, I still had the desire to build my family with more children. I knew I wanted to give my daughter a sibling because we come from such a tight-knit family.

When the timing was right, I started looking into foster care as well as international adoption. I began educating myself with both options through different seminars and meetings. As I gained more insight into foster care, I knew it was not the path for me because I would become too attached to the children. On the other hand, with international adoptions, I learned how intense the process was as well as how religious biased it was. Looking into both of these processes seemed cumbersome.

After deciding those options were not for me, I started looking at domestic adoption. One day I stumbled upon LifeLong Adoptions, and they had me immediately. I was so engaged with the process. I started reading the different stories on their website while seeing people become connected quickly. My hopes were high because I thought I was going to have the same experience; you never read about hardships.

Once I became live on their website, I was chosen relatively quickly. When I started talking with my first expectant mother, she was about five months along. The process was going smoothly, and we even got to the point of locking in an attorney and settling all of the legal work. Although the process on the outside seemed to be running smoothly, internally my gut was telling me otherwise. I brushed those feelings aside because I wanted a baby so badly.

Over the next several months, I formed a strong relationship with this expectant mother as we texted and communicated daily. One day she texted me letting me know she was in labor. I was ecstatic as well as feeling overwhelmed. I was calling everyone letting them know the good news. I packed up my car because I had a nine-hour drive ahead of me. As I was about three to four hours into my drive, I got a call from my social worker. My world became numb as she told me the expectant mother had decided she was going to keep the baby. She gave me the option to continue to drive and see the baby, but after that, I would have to go home. I made the heartbreaking decision to turn around and head back home.

I was completely devastated, as was my daughter. We decided to take off the next day of work and school and just grieve. A few days later, I received a text from the expectant mother asking me if I still wanted the baby. I did not know what to think, because I could not tell if she was serious or not. I called her to find out more details. I could hear the baby crying in the background, and my heart broke. I told her I would 100% take him, but I had to know she was going to follow through with the process.

I knew the expectant mother was serious at that moment because she called the social worker that night and expressed that she had changed her mind. We had planned a certain time and place to meet up. When I arrived, time stood still. We had decided to meet at a restaurant, and I ended up sitting in the booth for three hours, knowing she was never going to show up. I got into my car and just cried. I basically cried all of the way home because now it felt as though I was grieving two losses at once.

“I cannot put into words what this awesome gift feels like, but I know I am grateful every day for it.”
-Jennifer

After some time had passed and I got over the emotional rollercoaster, I decided to continue to move forward with adoption. I was then connected with my second expectant mother when the situation became very similar to my first connection. As the months went on, I was in contact with about six to seven different expectant mothers. At this point, I was ready to give up. It was becoming emotionally draining for me.

Just as I was thinking that thought, I received a call from a different expectant mother wanting to talk with me. Immediately, this relationship felt different. When we first started talking, she told me I reminded her of her foster mother growing up. Hearing this made me feel comforted and helped me regain some hope throughout this process. As I moved forward talking with her, I still kept myself guarded. I was scared my past experiences would play out in this situation again. I was ready for her to change her mind at any given moment.

As our relationship progressed, I went to visit her. I wanted to meet her in person to help validate my feelings toward her. I was so burned out with the adoption process and the feeling of rejection that I felt as though it held me back from fully being in the moment.

I was lucky enough to know when Aiden was going to be born due to a planned Caesarean. Leading up to her due date, I became more prepared and settled that adoption was the right decision for me. About a week before her due date, she texted me letting me know she was already dilating and could go into labor early because she could feel her contractions. When was the right time for me to leave?

After much thought, I decided to head out her way. When I got there, I took her to her doctor’s appointment, from which we ended up going to the hospital. When we arrived at the hospital, they assessed her, and we were able to leave and come back for her scheduled Caesarean.

The Day That Changed My Life

On the day of her scheduled delivery, I picked her up, and we drove together to the hospital. During her pregnancy, she was alone, so she leaned on me for support. In a way, we were alike because I was adopting as a single mother. We were going through this experience together, although the end result would be different for the two of us. As they were prepping her for surgery, she asked me if she was able to get some pictures of him for her own keepsake. Of course I agreed, but in the back of my mind, my nerves started to overtake my body. A rush of emotions filled my stomach as fear crept into my mind that the same thing was going to happen to me as with the previous expectant mother.

Aiden was born prematurely, although he was born a fighter so we knew he was going to be just fine. The nurse brought him over to me, and I just started to cry. All of my worries were wiped away at that moment. Aiden’s birthmother then texted me to check to see how he was doing. Aiden and I went to her hospital room for her to hold him and take pictures. It was a precious moment between the two of them, but doubt filled my mind because I knew the emotions one goes through with childbirth. I regained my composure as I knew everything was going to be all right.

It Was All Worth It

To this day, I am forever grateful for my adoption journey. If I never went through the hurdles I did, then I would not have my sweet Aiden. My family is finally complete, and my daughter now has a sibling. She is in awe of him every day. To all of you single parents out there looking to adopt, do it. I am proof it can happen for you. Although the ride may be bumpy at times, it will always be worth it. Before heading into this process, do your research. I cannot put into words what this awesome gift feels like, but I know I am grateful every day for it. Know you can experience some hurt and that it is not all rainbows and sunshine. What I can tell you is that I would do it a million times over in order to get my sweet Aiden.

Chris & Will's story « Previous
Up Next » Randy & Dalton's story Up Next »