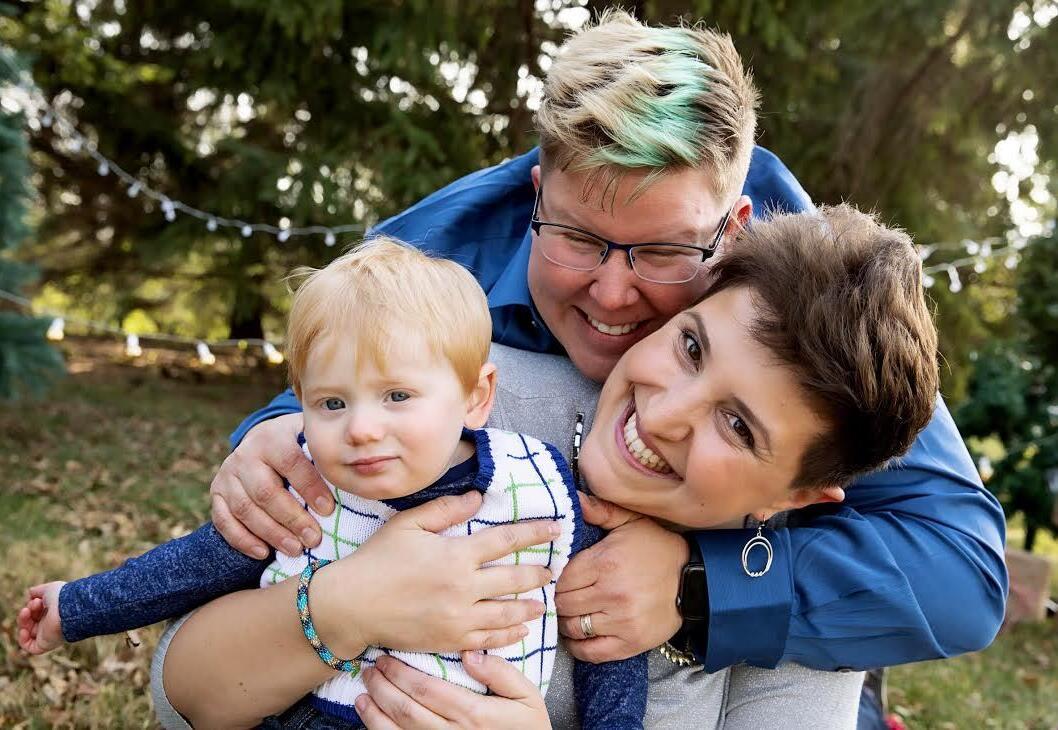 Olga and Maryann our adoption story

Prior to adoption, we spent four years going through the fertility process. We went through testing, IUIs, and rounds of IVF before recognizing biological children might not be the path for us. We came to the conclusion that our ultimate goal was to become parents and biology did not matter to us as much as we had originally thought.

We started reaching out to those in the adoption industry whom Olga had connections with through work and were referred to LifeLong Adoptions. It was important to us to find a partnership with someone who had success with the queer community.

Over the four years of infertility, we had sought out therapy as both a couple and as individuals. We knew it was important to acknowledge the emotions we were facing on a daily basis, which ultimately made our jump into adoption easier. We were completely ready to close one chapter and open the next, and we were excited about adoption.

About six months after joining LifeLong’s program, we were contacted with an opportunity. The expectant mother who chose our profile was very early in her pregnancy, and after a couple conversations, it was clear we were not on the same page about what an adoption meant. She was requesting much more involvement than what is typical in adoption, and we were starting to feel as though this wasn’t the right fit for us. After only a couple weeks of communication, she chose to parent, and it was a decision we were supportive of.

We continued to wait, and after six more months, we were approached with a second opportunity. An expectant mother and her partner had chosen our profile and wanted to start speaking with us. At this time, we were five years into our journey to parenthood and were cautiously optimistic. Our communication with the expectant mother was hit or miss, but we knew this was typical and that she had a lot going on in her life.

After about two weeks of on-and-off communication, we received a call from LifeLong saying the expectant mother was ready for next steps and wishing to meet with an attorney. We were provided referrals in both our home state and her state and started our outreach. Based on her due date, we had about four weeks before the baby was due, so it was time to get all our ducks in a row.

“We knew we had to be mentally prepared for a different journey than fertility treatments and that adoption could never be the fallback option for us. It had to be our choice.”
-Olga & Maryann

Only 48 hours after we started hiring attorney services, Olga received a text from the expectant mother letting us know she was in labor and headed to the hospital. There was a sense of disbelief coupled with panic. By early evening, we found out she had delivered via c-section, and she sent us photos from the hospital. We couldn’t get to our son fast enough and were on the first flight out the next morning.

As soon as we arrived at the hospital, we were brought to meet our son, and we both sobbed as we held him for the first time. Until that moment, it did not feel real that we were moms, but holding Mikhail for the first time was surreal and a dream come true.

We spent five days total in the hospital while Mikhail gained weight and spent two weeks total in his birth state. We were so excited to get home and see our friends and family. Since he was born four weeks early and we left our house so quickly, our support system was at home preparing our home for our son. Olga’s parents cleaned and painted Mikhail’s room, and our neighbor was able to collect baby items and have them ready for us when we got home.

The laws in Mikhail’s birth state required his birthmother to go to court 30 days after his birth, but prior to that, she did have the ability to revoke her consent. Those 30 days were horrific for us; every day was filled with a “what if.” We kept reminding ourselves she had been so honest with us every step of the way but until the 30 days passed, we had a hard time truly relaxing. Getting the phone call from both her and our attorneys that court was over was the biggest sense of relief, and now nothing was standing in the way of us enjoying our time as new moms.

Our path to adoption was a tough one, filled with emotions and ups and downs. We knew we had to be mentally prepared for a different journey than fertility treatments and that adoption could never be the fallback option for us. It had to be our choice. Adoption was also not without its own difficult moments, but holding Mikhail made every step worth it.

Audra & Heather's story « Previous
Up Next » Miki & Kirsten's story Up Next »