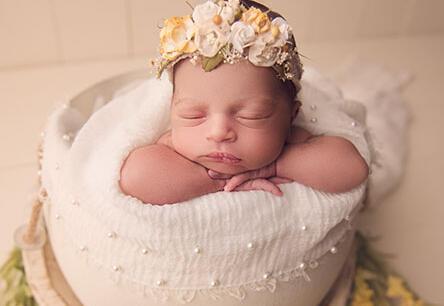 Scott and Michael our adoption story

Our Journey to Parenthood

Even before we were a couple, we both individually knew we wanted to have children. We were together just over four years when we began talking about adoption and researching which agency to work with. We knew of a couple who had worked with LifeLong and decided to utilize them as well. As we began our journey, we were full of anticipation and nervousness. Thankfully we had plenty to keep us busy and distracted. We didn't have too much time to overthink between getting our home study ready and getting our profile together and ready to go live on LifeLong’s website. When we shared the news of our adoption plan with family and friends, we received an incredible amount of support and love. We were so thankful for them as this process began to get longer and the waiting became a bit more intense.

As the months went by as we waited to be chosen by an expectant mother, it was hard to remain patient and not give up. About a year into our contract, we were so excited and relieved to learn that an expectant mother was interested in speaking with us. We began to talk and hit it off. We had many wonderful conversations while getting to know each other. About two months later, however, she stopped talking to us, and we were unable to reach her. This experience was incredibly difficult. On top of the wait, we were now mourning the loss of this possibility and going through the process of renewing our home study. As we watched other couples get connected with expectant mothers, we were left feeling desperate to realize our dream of becoming parents.

“The moment we met Isabella was the most powerful moment we have ever experienced. She was so beautiful, and we could not believe this moment had arrived.”
-Scott & Michael

Meeting Our Birthmother & Welcoming Our Daughter

A few days before a scheduled call with LifeLong staff this past September, we received word that an expectant mother wanted to speak with us. She was in her third trimester, and her due date was November 14. During our initial conversation, we were so excited yet felt ourselves holding back as we tried to protect our hearts. After we spoke, we walked away feeling extremely hopeful. Within three weeks, we received word her due date was moved up and was now October 18. At this point, it felt like a fire drill as we hurried to prepare for the arrival of our baby.

We began discussing the adoption plan and making arrangements for travel as we got to know each other. It came as a huge shock when we received a text from the expectant mother that she was in labor and on her way to the hospital. We were so excited, and as we hurried to get home to get our luggage, we received a second text letting us know our baby had been born. We could not wait to get on a plane and get to the hospital to meet our Isabella. The hospital social worker was amazing and called to gather our information to prepare for our arrival, and the birthmother ensured that the baby received the name we had chosen.

When we arrived at the hospital, we were greeted by staff and given our own room. When we walked into the birthmother’s room, she said, “Here is your daughter!” The moment we met Isabella was the most powerful moment we have ever experienced. She was so beautiful, and we could not believe this moment had arrived. We were in amazement of the selflessness of Isabella’s birthmother. She was incredibly strong and believed with extreme conviction that she was doing the best thing for her child.

We spent the next few days in the hospital waiting to be discharged. We had many opportunities to hang out and chat and really bond. When the moment came for her to sign papers and leave, we weren’t prepared for the flood of emotions that ensued. She was very emotional as she said goodbye. We all hugged and cried together and made plans to move forward with a semi-open adoption so we could share photos and talk. As of now, we are playing it all by ear and allowing her to take the lead on what type of contact she would like.

The Start of a New Journey

It has now been just shy of a month, and we are adjusting to life with our sweet baby girl, Isabella. We had so many ups and downs on our journey, and though it was hard, we sit here feeling so grateful for each step that led us to this moment. We learned that overthinking doesn’t help and it’s important to not read between the lines. Go with the flow, and trust that all will be okay. We look forward to working with LifeLong again on our next adoption journey.

Dawn & Mike's story « Previous
Up Next » Daniel & Jeremy's story Up Next »