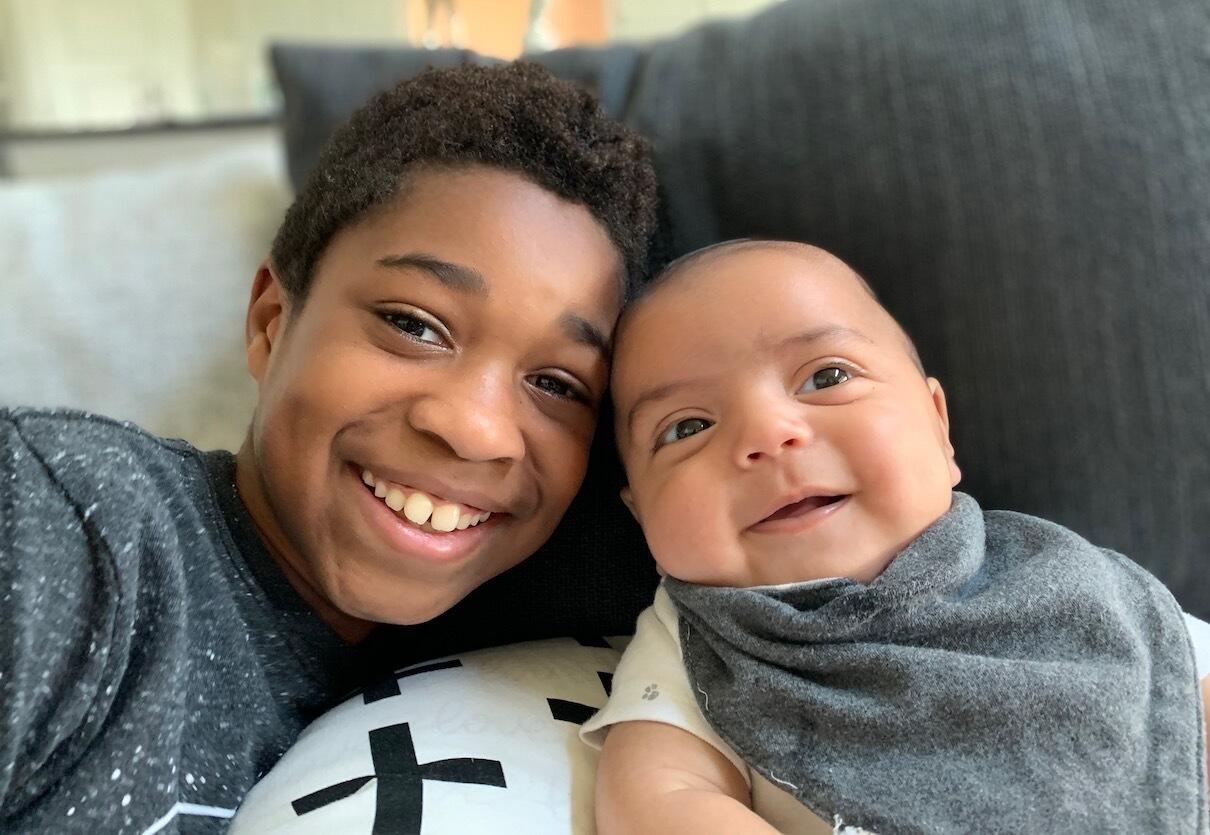 Growing Our Family Together

When we started dating, adoption was natural for us. We have a 10-year-old son from Amber’s previous marriage who was adopted. Lucas wanted a sibling so badly, especially a brother. The timing in our lives was right, and we were ready to pursue adoption.

Amber started researching different agencies, and she found LifeLong Adoptions. After looking it over, we both felt it would be a very good fit for us. After we applied, we were able to have a meeting with them, and they walked us through the entire process. LifeLong took the time to make sure all of our questions were answered and that we felt confident moving forward.

After moving forward with LifeLong, we took some time to figure out our financial situation. When we got that squared away, two weeks later our profile was live on their website. Once we became live, we received our first call shortly after. Emotions were high as we were thinking it could not be this easy.

Once we got connected with an expectant mother, we started talking to her that weekend. By the end of the weekend, she decided she wanted to move forward with us. She was due in just a couple of months, and all we could think about was how we did not have anything ready for a baby. Our kind friends ended up throwing us an amazing baby shower to help us prepare.

We wanted to learn more about her, so we ended up taking a trip to where she lived. We met her in person, and everything seemed to be going great. We planned the trip close to her due date in hopes of being there when the baby was born. We ended up planning our trip just right because while we were there, she had her baby. We stayed with her at the hospital for three days, and on the last day, she ended up not signing the paperwork because she decided to parent.

We were so heartbroken over this and knew this was the worst situation possible in adoption. Our fears about adoption were now becoming our reality. We headed home and worked through this very tough situation as a family. We leaned on one another for support as it was like grieving the loss of a loved one. LifeLong was there by our sides throughout this hard time, giving us the space we needed.

“We had faith and prayed throughout our entire journey, knowing that when the timing was right, it would happen for us.”
-Tara & Amber

As we took the time we needed, it was hard for us to dive back into the process. Pushing through the rough patches, we knew this was not going to be an easy process and that a wonderful baby would be waiting for us at the end of this. We put our profile back online and had a few expectant mothers reach out to us. Those connections fizzled their way out as we knew they were not the one for us.

One day we received a call from LifeLong that an expectant mother wanted to start talking with us. We were still very skeptical and guarded about the potential connection because deep down we were still very hurt from our first failed adoption. We talked to her on and off, giving her the space that she needed. As time went on, we found ourselves realizing that this situation felt completely different from the others. We were making deep connections with her, and she was sending us updates of ultrasound pictures. Leading up to her due date, we planned a trip to meet her in person a couple of nights before her due date. It was such a great situation because we were both from the same state, allowing for an easy trip. During this time, we were able to learn so much more about her and her history.

When we got back from our trip with her, we just let the days pass until we would receive the call that she was in labor. One day we received a text from her notifying us she was not feeling well and was heading to the doctors. When she arrived at the doctor’s, they told her she was in labor and that she needed to go to the hospital. We were both still at work when we found out the news she was in labor and needed an emergency cesarean.

Rushing home from work, we were full of such a whirlwind of emotions. We packed our belongings and drove the four hours to the hospital. As we were driving, her boyfriend was sending us pictures and was also taking such good care of her. We were so grateful for him.

Arriving at the hospital was emotional. We went to go see her as well as meet her family. We learned more about who she was and what her family was like. It was such a bittersweet experience because what she did is such a selfless act. She truly is amazing, and we owe our entire world to her.

Milo ended up having to be in the NICU after he was born. With us both being nurses, we knew what to expect, although our anxiety was still present as we headed to finally meet him. When we got there, we ran into some trouble with our vaccination records. That was a very hard time because all we wanted to do was be with him. We finally got everything situated, and Tara was able to go in to meet him. While she was in there, she FaceTimed with Lucas and Amber. It was such a surreal moment because he was so tiny, but we knew he was finally ours. We spent the next eight days in the NICU with Milo just being there for him. When we were finally able to bring him home, it was the best day ever because our family was finally complete.

For anyone going through this journey, know that patience is key. We had heartaches throughout our journey, but these made us stronger as a family. Adoption is not going to be easy for some, but know that in the end, it is always worth it. When situations are tough or you have a really bad day, talk things through. We had faith and prayed throughout our entire journey, knowing that when the timing was right, it would happen for us. All the doubts and tears shed were worth it in the end because now we have our precious Milo and Lucus has the brother he has always wanted.

Becky & Melissa's story « Previous
Up Next » Ryan & Daniel's story Up Next »