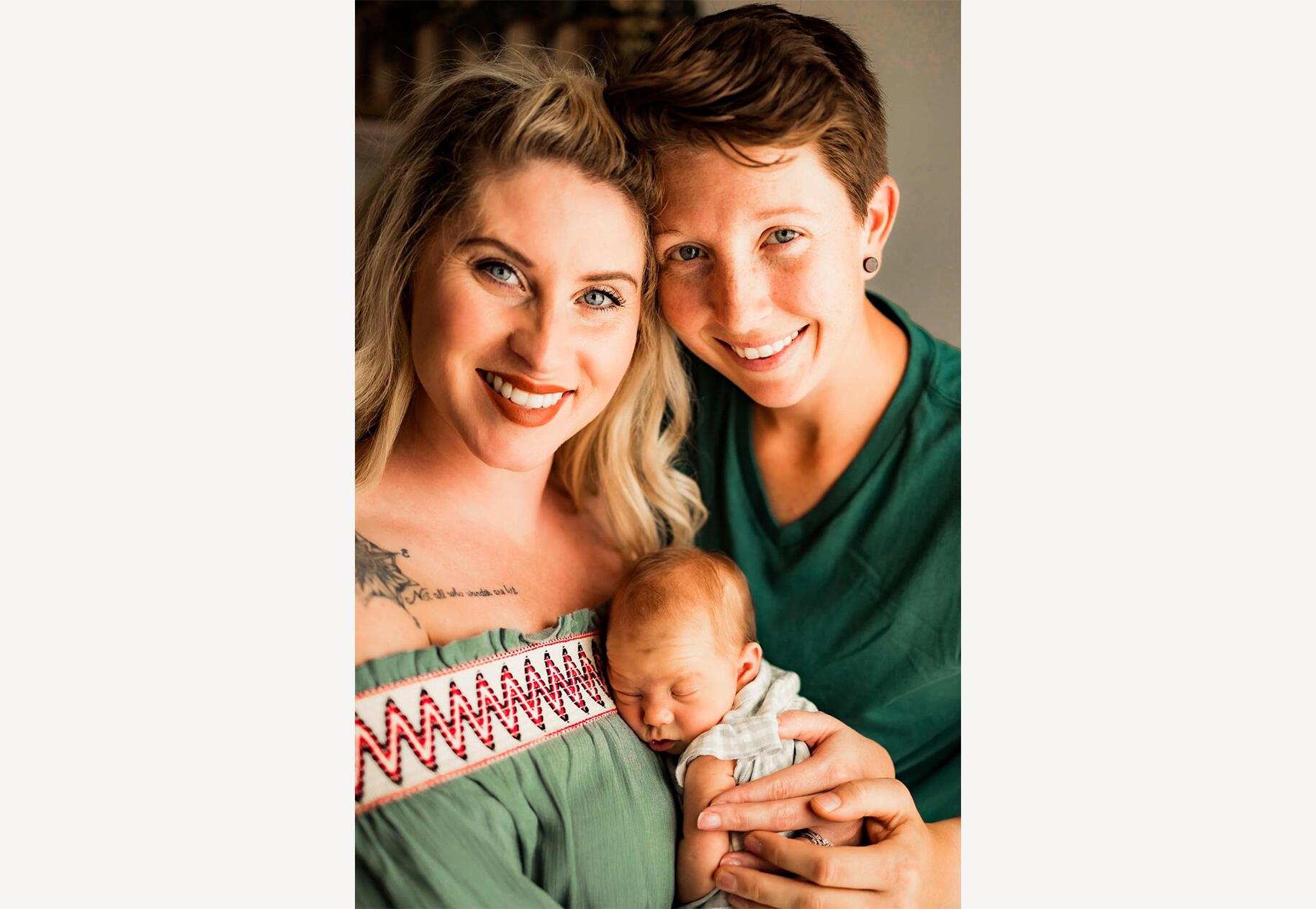 Ashley and Brittany our adoption story

We always dreamed of having a large family and knew we wanted to pursue adoption. Ashley was adopted by her stepfather, and Brittany’s best friend’s brother was adopted. We both saw the positive impact adoption can have on a child, and we knew that was what we wanted for our family.

We started our home study prior to joining LifeLong’s program, and when we did officially move forward, we waited only four months for our first opportunity with an expectant mother. Only three days after our wedding, LifeLong called us and let us know an expectant mother had selected our profile. She was due in mere weeks and lived only three hours from us. While we didn’t have a “best friend” type of relationship, we quickly built a trusting relationship based on respect for each other. Since we were geographically close to her, we had the opportunity to go to doctors’ appointments with her and be there for the birth of her daughter. Sadly, she chose to parent, and we saw what a difficult time she had making the decision. In her situation, the system around her failed, and she felt forced to parent; we truly believe she would have chosen adoption if her circumstances had been different.

After such a quick connection and being so close to a successful adoption, we were hopeful we would be chosen again in the near future.

As it turned out, we were not chosen again for almost one and a half years. Our two years with LifeLong had expired, and we were graciously given an extension. We spent those one and a half years focusing on each other, our marriage, and our friends and family as well as trying to better ourselves and our lives before a child joined us. We stayed hopeful and prayed that when it was meant to be, it would happen.

Just prior to our profile being chosen a second time, we had the chance to open our home to a sibling set of five in foster care. We were seriously considering it and talking about what was going to be best for our family when LifeLong called about a second expectant mother. Our hearts were drawn toward the infant opportunity, and we chose to pursue the expectant mother opportunity versus foster care.

“It’s a delicate line we walk as Emersyn’s parents, making sure her birthmother has access to updates without overwhelming her. We know that with time, she will feel more comfortable.”
-Ashley & Brittany

While we were unable to attend doctors’ appointments with this expectant mother, she did share every appointment update with us. She shared ultrasound photos, updates from her doctors, and even a recording of the baby’s heartbeat.

As summer went on and we grew closer, we found ourselves truly loving the expectant mother. Her upbringing was similar to Brittany’s, and they really connected in that sense. She was trying hard to make the adoption process special for us, which was so above and beyond what we imagined. She started to really feel like a younger sister to us, someone we wanted to keep in our lives.

We got closer to her due date and were all on the same page about her birth plan. She asked that we be at the hospital with her but not in the room, which we completely understood and respected. Unexpectedly, she was going to be induced almost three weeks early because there were concerns about the baby’s growth. The expectant mother was petite, and it seemed as if her body had just run out of space for the baby to thrive. With an induction date set, we drove down the night before and took the expectant parents to dinner and enjoyed our evening together.

The following morning, we all walked into the hospital together and stayed in the waiting room while labor started. She continued to keep us updated as things slowly progressed. In the late afternoon, the doctor came to tell us we had time, so we decided to leave and went to the zoo to keep our minds off things. While at the zoo, we got a text that things were starting to move faster, so we went to the hotel to shower and change. We got back to the hospital in the early evening, and not long after we returned, a nurse came and brought us to our room. It was finally happening! Only moments later, the nurse brought us our daughter, Emerysn Gray.

Emersyn was perfect. Her birthmother had chosen not to hold her, and Emersyn spent the entire time in the hospital with us. Her birthfather’s mother did come to meet her and had the chance to hold her and take some photos.

While in the hospital, we texted regularly with Emersyn’s birthmother, even though she was right down the hall. She continued to ask how we were doing, and we made sure she was feeling all right as well. When it was time for her to discharge, we left Emersyn with the nurses and walked her birthparents out to their car. They were able to give a play by play of Emersyn’s delivery, and we’re so thankful we have their memories of that moment to share with Emersyn in the future.

Our stay in Emersyn’s birth state was short. Her birthfather had signed over his rights prior to her being born, which meant we did not have to comply with ICPC. Four days after her birth, her birthmother went to sign her surrender. It broke our hearts to know that she went to do this alone, such a mature young mother choosing the best life for her child. We wished we could have been there to support her at that moment.

In our first days home with Emerysn, we spoke with her birthmother almost daily. We continued to care about her recovery and how she was feeling. Coming into the adoption, her birthmother had asked for a closed adoption, which we were willing to respect. Not long after our connection, she asked to have more of an open adoption but on her terms. We told her we were happy to talk to her about anything and everything about Emersyn when she was ready. We know it will take time before she’s ready to receive regular updates, and we are grateful for the ones she has asked for already. It’s a delicate line we walk as Emersyn’s parents, making sure her birthmother has access to updates without overwhelming her. We know that with time, she will feel more comfortable.

When comparing the two adoption opportunities we had with LifeLong, we can now see Emersyn and her birthparents were meant for us. After our first disruption, we were crushed. We knew it was out of the birthmother’s control, but that didn’t stop us from feeling sad. We had prepared a nursery and gotten some baby clothes and were so close to becoming moms. With so little control over the process, we had to learn quickly to let go and trust the process. It wasn’t always easy, but it was divine timing that brought us to Emersyn and her birthparents.

Kimberly & Heidi's story « Previous
Up Next » Adam & Kevin's story Up Next »