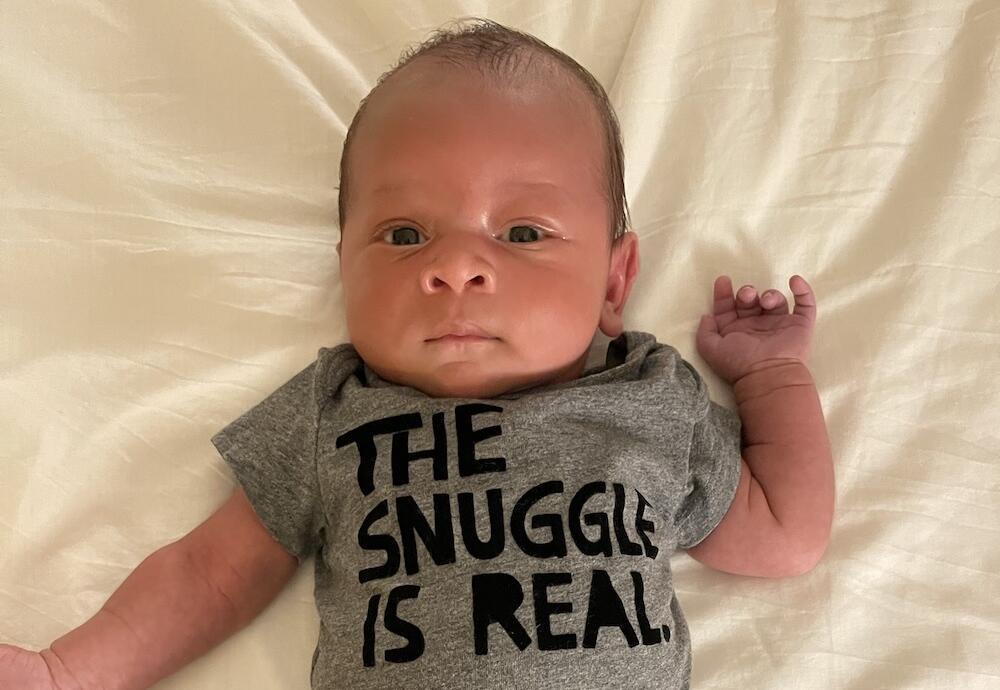 Kimberly and Heidi our adoption story

Heidi was adopted by her grandparents, so adopting was always something she wanted to do. Kimberly thought about adoption, and she always said that if she could not conceive, she would adopt. Kimberly was on Facebook one day and came across a LifeLong Adoptions ad and instantly felt comfortable. After talking with LifeLong staff, we were ready to join.

We did not tell many family members or friends because we knew the ups and downs of the journey we were embarking on and did not want to make our family and friends embark on that journey too. We were so excited and nervous to start our adoption journey but did not know if it would work out or not. That was probably one of the hardest parts: the unknown.

In the beginning, maybe two months after we were home study approved, we were chosen by an immediate opportunity. It was an emailed situation where the child had a lot of medical issues. That did not work out, so we waited for another opportunity.

Shortly after, we were chosen by what would be our forever opportunity. Kimberly was deployed, so Heidi was super scared of navigating that on her own. Waiting to communicate with Kimberly made things a little more difficult because she could not just pick up the phone and get in touch with her easily.

During the first week of getting to know the expectant mother, Heidi FaceTimed with her, and it went really well, even better than expected. Heidi did not think the expectant mother would make a decision without talking with Kimberly, because we figured she would want to talk to both of the adoptive parents. Later on that day, Heidi received a call that the expectant mother was ready to move forward. Heidi could not believe everything was happening so fast. When you embark on an unknown journey, you kind of prepare for the worst, so we thought it could be years before this happened.

As the weeks went on, we were talking every other day, and we FaceTimed for her ultrasound appointments. We were truly building a wonderful relationship, which we were so thankful for. Heidi wished Kimberly could be there for all the conversations and also be building a relationship with the expectant mother. One thing that meant a lot to Heidi was the reassurance received by the expectant mother. She was trying to be more reserved to allow the space for the expectant mother to make her own choices during her adoption journey, but she kept reassuring Heidi that this was what she wanted.

After some time had passed, Kimberly actually was able to come home from deployment a little early. By the time Kimberly arrived home, however, the expectant mother had become unsure of her decision to place. She told us she did not know what she was going to do moving forward and stopped talking to us as much. This was such a hard time for us because we had no idea how to move forward or what would happen.

“Patience was the most important thing to have.”
-Kimberly & Heidi

Meeting with the Expectant Mother

Later, the expectant mother texted that she was admitted to the hospital and would be doing labor exercises to get him to come naturally. At 2:30 in the morning, she texted us she was going to start to push. She only pushed a few times, so we did not make it there to see him born. We were there right after though, and we were there for his first shots! We did not want to be as excited as we were because she was having reservations. Trying to allow your heart to feel what it is feeling while trying to guard your heart is very hard.

After the baby was born, we were able to be with him for two days before the birthmother changed her mind. She told us she wanted to parent her son. We were of course so sad and heartbroken after falling in love with what felt like our little peanut. We respected her decision though, but we were so disappointed.

Later the same day, we received a call from the birthmother. She told us she had made a mistake and would like it if we would come and pick up the baby boy. Of course we rushed there and were so honored we were chosen to be the parents of her amazing boy. We spent the next few days bonding with our son, and those were the happiest days of our lives.

We have a semi-open adoption with his birthmother, which has been working out great. Every day Josiah looks different, and it is so amazing getting to watch him grow. We take pictures of him every day and are just so in love with him.

Having patience was the hardest but also best thing we could do while navigating our adoption journey. We would sometimes think we would never be chosen, but everything always works out the way it is supposed to. Remember to have patience and remind yourselves that everything will be okay.

Victoria & Colin's story « Previous
Up Next » Ashley & Brittany's story Up Next »