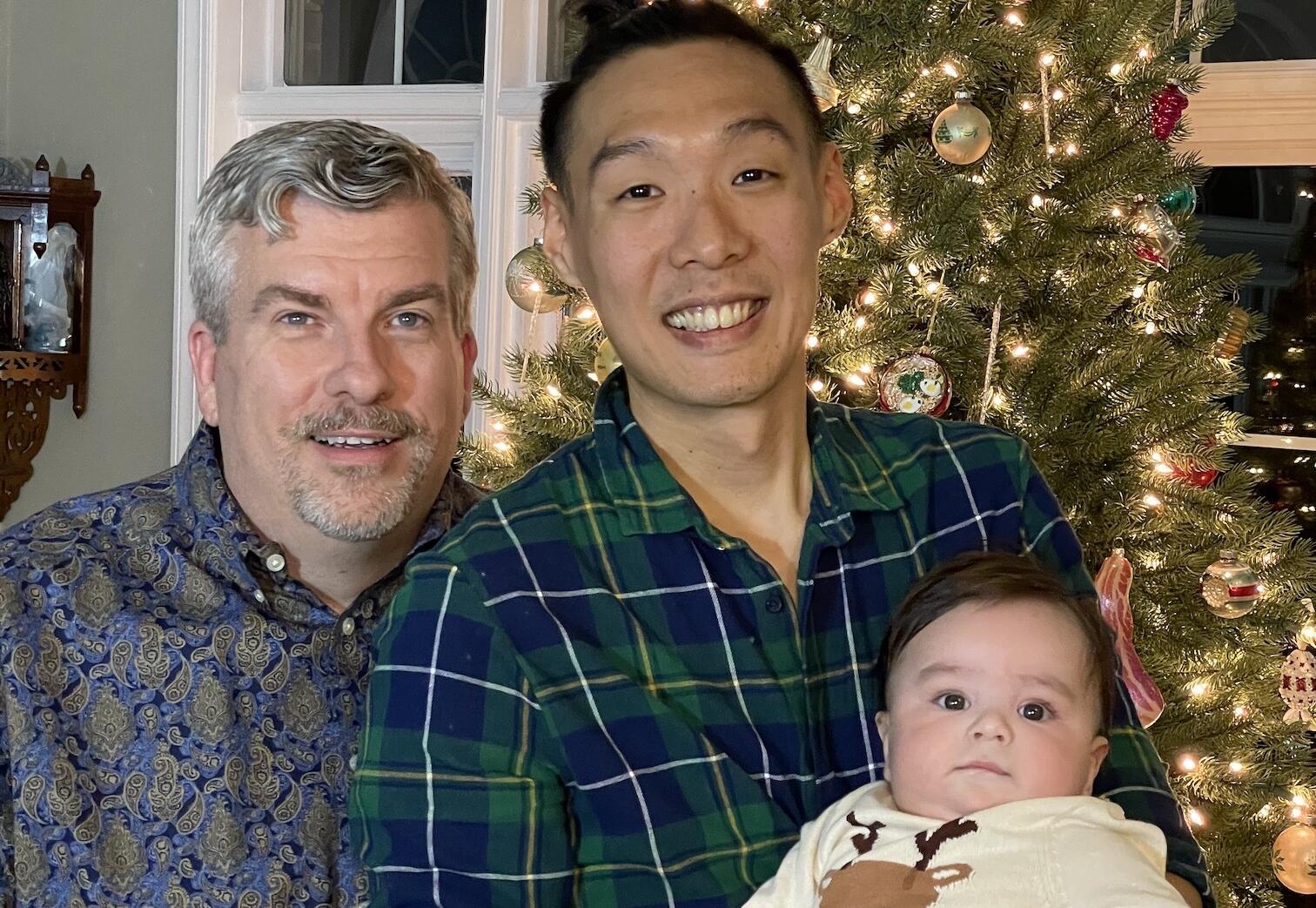 We both knew becoming dads was important to us and that adoption was the right path for us. We took a couple years doing research and interviewing multiple agencies before deciding to move forward with LifeLong. We loved that they had experience working with same-sex couples and that their staff was so supportive through the process.

Our friends and family were incredibly excited for us, and we were excited to have them along for our journey.

Not long after our profile went live, we were selected by a young expectant mother. We only exchanged a handful of text messages before knowing it was not the right opportunity for us, and the opportunity quickly ended.

The second time our profile was selected, we were just as nervous as the first time but felt really prepared thanks to LifeLong’s prep. Our first conversation with the expectant mother and expectant father was a video chat, and it felt like such a great connection from the start. They were a mixed race couple like ourselves, and we could see ourselves in them. We found out we were all huge Disney fans, and it was nice to have something in common.

The expectant mother was early in her second trimester when we first connected with her, so we knew we had a longer connection ahead of us. During our long connection, we were able to meet her and the expectant father twice. The first time they drove to our home state and were able to see our community and where their child would be raised. The second time we traveled to where they lived and spent the weekend with them. We treated them to a nice dinner at the restaurant where they first met, and they treated us to dessert afterward.

“We found that with the right partnerships and by asking the right questions, we were able to have a smoother journey.”
-David & Wayne

We remained in contact with the expectant parents through the duration of the pregnancy and headed to the birth state prior to her due date. Due to hospital restrictions, we were unable to be there for the birth of our son, but the expectant parents kept us updated during her labor, and we met our son, Allen, through a video taken shortly after he was born.

We were finally able to meet Allen the day after his birth, and it was overwhelming to hold our son for the first time. We were both overcome with emotion to officially be dads. We spent an additional couple of days in the hospital, and the nurses were wonderful about helping us feel prepared to be dads.

We spent a total of three weeks in Allen’s birth state and were able to see both his birthparents before we drove home. They came to spend time at the hotel with us, and it was so great to see them before we left. We still stay in touch with Allen’s birthparents today, sharing updates and photos around his birthday each month.

When we decided to move forward with adoption, it was very important to us to find the right partnerships. LifeLong’s support through the process was phenomenal, and our social worker for our home study was incredibly helpful. We found that with the right partnerships and by asking the right questions, we were able to have a smoother journey. We remained true to ourselves through the journey and trusted each other, and that is ultimately what brought us to our sweet son, Allen.