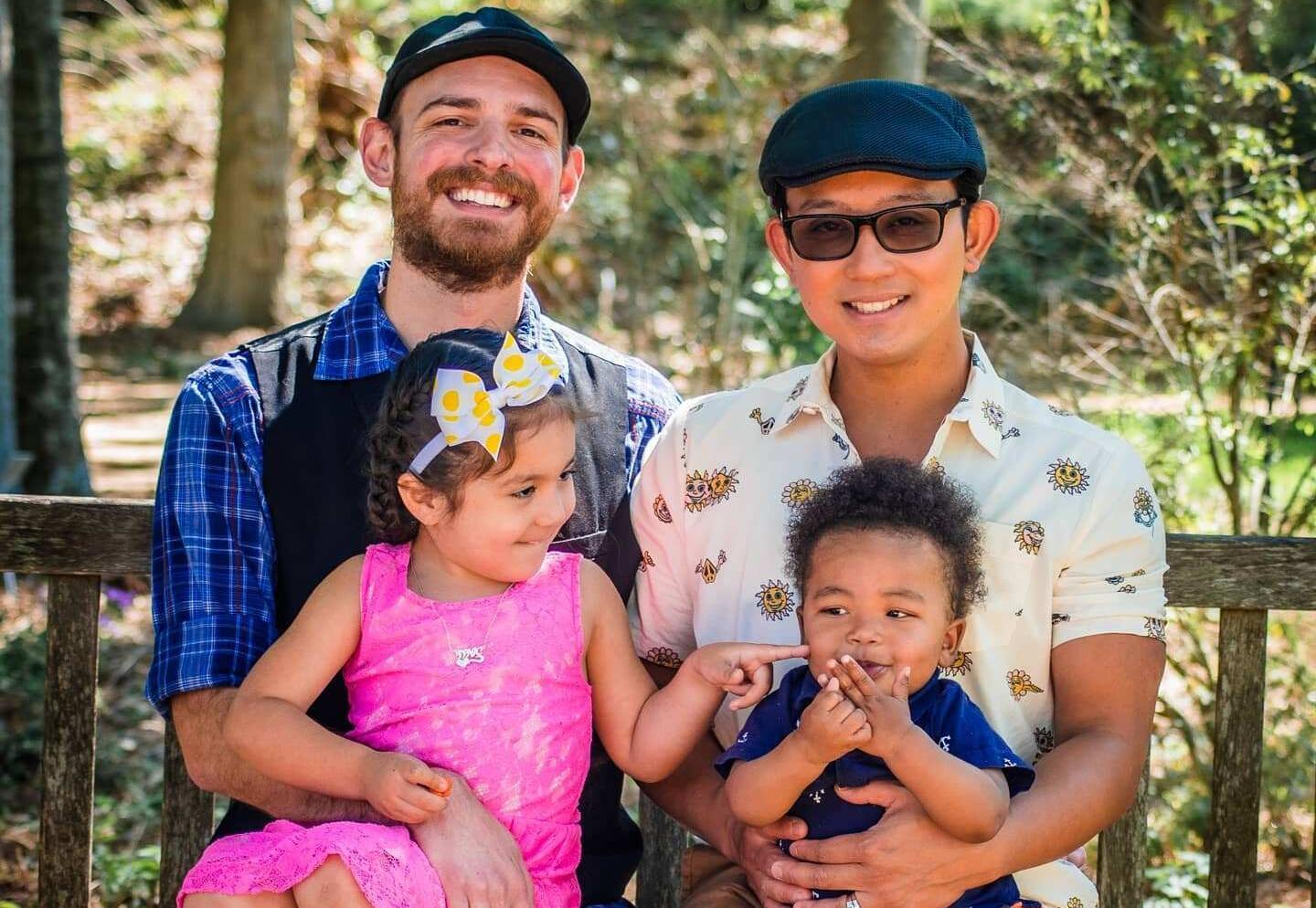 Tony and Veasna our adoption story

Since the day we met, we knew children were going to be part of our future. Shortly after getting married, we started exploring our path to fatherhood. We started with surrogacy and quickly found surrogacy was not going to be the best option for us. We shifted our focus to adoption and found LifeLong through our research. We really connected with the stories on the website and figured the adoption process would be a long one and we should get started. While working through our home study and profile, it felt as though the process would take a while. Everything seemed to move on a slow timeline, and we were truthfully okay with that.

We had our first check-in call with LifeLong one month after our profile was active, so when we received another call from them the following month, we assumed it was another check-in. We were shocked to find out our profile had already been selected by an expectant mother. We were even more shocked when LifeLong shared with us her due date, which was in two weeks. We absolutely did not feel ready, but we knew we had to jump at the opportunity.

We initially texted with the expectant mother and found out she lived in the same state as us. She was younger, and while she did not have much adoption support, she was confident in her choice of adoption. She had dreams of breaking the cycle that she was raised in, and we were blown away by the maturity of her choice. She shared with us why she had chosen our profile, and we made plans to visit her the following weekend.

When we visited with her, we picked her up from her house and went to dinner together. Having the opportunity to sit down with her in person completely changed the course of our relationship. She was so open and honest with us, and we really had the chance to see her for who she was, not just a potential birthmother. She invited us to a doctor’s appointment the following morning, and we were able to speak with her doctor, see the baby, and hear the heartbeat. It was surreal how fast everything was happening, but we were thrilled.

Once we returned home from our weekend visit, we knew our time was limited until the expectant mother went into labor, so it was a mad dash to prepare. While painting the nursery one day, we received a concerning text from the expectant mother that something felt “off.” Tony, having worked in an industry with access to medical professionals, followed up with a coworker and advised the expectant mother to go to the hospital. Once there, it was clear she was going to be staying and would be induced soon. We scrambled to pack and jumped in the car to drive the couple hours to her.

Once at the hospital, we were able to spend the evening with her while the doctors allowed her a little more time before induction. The following morning she was officially induced, and while the morning was slow, by the time evening came, things were moving incredibly fast. We were both there to support her, and even in the moment, we recognized how intimate the experience was. After hours of pushing, the doctors allowed her time to rest, and when the expectant mother started asking for a C-section, the doctor explained to her just how close the baby was and encouraged her to give it one more go. After just a couple more pushes, our daughter, Amia, was born! We were both able to cut the umbilical cord and do skin to skin with her right away. We were in complete awe as to how strong Amia’s birthmother had been through labor and were absolutely in love with our new daughter.

Once Amia was born, we were able to spend another night in the hospital together, and Amia’s birthmother was able to spend time with her as well. We could see how much she was trusting us with her daughter, and we wanted to share that trust back with her. Since Amia’s birth, we have maintained a wonderful relationship with her birthmother, including a family afternoon barbeque spent at our family’s home together. We were able to meet Amia’s birthfather for the first time, and it was great to have an afternoon together.

“When comparing our two adoptions, there are few things that are similar other than the love we feel for our children and their birthmothers.”
-Tony & Veasna

Can We Do This Again?

As Amia got older, we knew we wanted to continue to grow our family and have a sibling for her. We decided to start back with LifeLong and thought we would have a quick adoption again. This time, we were prepared and knew that if we needed to move fast, we could.

We had a handful of opportunities early, but none of them were right for our family. We did have one opportunity that seemed promising, but it ultimately did not work. As our wait with LifeLong stretched past six months then one year, we started to get concerned. Amia’s adoption was so quick. Was this not going to happen for us?

Just as we were starting to feel defeated, LifeLong reached out with a new opportunity. The expectant mother was in her second trimester, which was a change from Amia’s birthmother. Initially, we had great communication with her and spoke regularly, and then one day communication essentially stopped. About six weeks after our last communication with the expectant mother, LifeLong reached out to us and told us she was ready to move forward with attorney services. We were caught completely off guard since we hadn’t heard from her in weeks. She was due in just a handful of weeks at this point, so we knew our risk was pretty minimal, and we decided to move forward with the connection.

Only a couple weeks after officially moving forward with the expectant mother, we received a text from her that she was in labor. We once again were completely unprepared as no one from LifeLong or the attorney’s office had heard from her in weeks. That same evening, she texted to ask if we were in her state yet, the answer obviously being no. We hadn’t made any travel arrangements yet since we hadn’t heard from her after the first text, but it was clear to us that we needed to get across the country ASAP. As we were starting to scramble to book flights and make childcare arrangements for Amia, we received another text that said, “It’s a boy!” We had a son!

We booked our cross-country flights, laying over to drop Amia off with family, and got to the birthmother as soon as we could. After a full 12 hours of traveling, we made it to the hospital, where we had to wait even longer to meet our son. His birthmother had already been discharged but had given the hospital and attorneys minimal information, so everyone was doing their due diligence to confirm we were the adoptive parents.

When we were finally brought to our own room, we met our son, Myron, for the first time, and he was a dream. He was so small, and while our relationship with his birthmother was different from Amia’s, we instantly fell in love with him. We ended up staying in the hospital for a total of five days to monitor some health concerns and then discharged to wait out the remainder of our stay at a hotel.

We never ended up meeting Myron’s birthmother, but we have stayed in contact with her through texting. We send her updates every couple weeks, and we appreciate that she has remained interested in his life, even if our relationship wasn’t built on a solid foundation.

When comparing our two adoptions, there are few things that are similar other than the love we feel for our children and their birthmothers. We had expected Myron’s adoption to be as easy as Amia’s was, and when we started to realize that was not the case, we had to adjust our expectations. Both adoptions tested our emotions and ability to trust, but with two beautiful children and two amazing stories, we could not be more thankful for the path that led us to them.

David & Wayne's story « Previous
Up Next » Logan & Colleen's story Up Next »