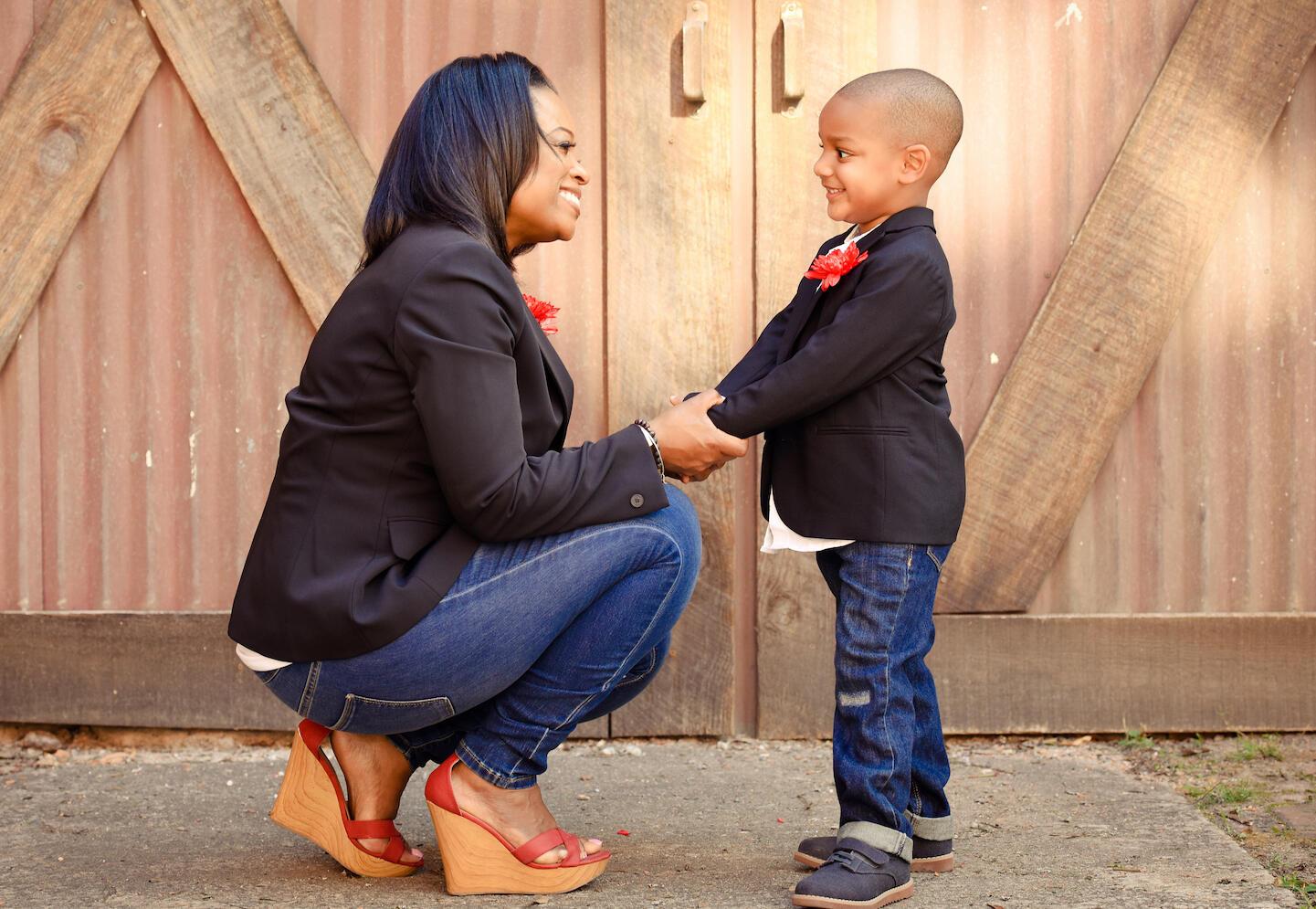 I always had a desire to be a mother, and after a few failed relationships, I found the clock started ticking. I began exploring every option there was, and I found adoption was the path meant for me. I talked with friends who had adopted previously, and they recommended I start by getting my home study done. From there, I started reaching out to agencies that could help me make this dream happen. LifeLong was one of at least ten that I had researched, and ultimately I narrowed it down to them due to their success with non-traditional adoptions and single adoptive parents.

I kept the news of my new adventure very quiet, only sharing with a small circle of family and friends. I did not want too many opinions or bad energy. Those that I let in were very nurturing, loving, and supportive. They were very excited, and so was I. However, I knew I had to remain cautiously optimistic. I had heard the stories and knew the wait could be lengthy.

Not too long after joining, I was chosen by an expectant mother, but the experience was short. We talked a few times on the phone, but she ultimately realized adoption was not the path for her.

Thankfully, I was again chosen, and this time we spent a few months getting to know each other. We moved forward, and I hired legal services for her, but eventually the communication just stopped. I could not reach her and neither could anyone else. I had to make the decision to move on. It took me some time to get past that. I became discouraged and thought it was me. It was a bit of an emotional rollercoaster, but I am a person of faith and my pastor was very helpful and supportive. The close-knit group I had let in was helpful and supported me throughout the good and the bad times.

About a month went by before I was chosen again. The expectant mother was around seven months along, and we had great conversations in the beginning. She had lots of questions and needed reassurance from me that I wasn’t going anywhere. Here I thought she had all the control. Why did she need me to reassure her? It turned out she was also being cautious as she had a family walk away from her because they wanted a girl and she was having a boy. It was a lot for her to choose another family, fearing I would back out on her, but we quickly hit it off. The birthfather was involved as well, which was so great. I appreciated that he was able to be a part of this, and he was a really great support to the expectant mother.

“You have to be patient, have faith, and have a good, positive, grounded support system in place.”
-Denise

We went on to have several phone calls. We grew a great relationship, but I would not get a chance to meet her in person until she was in labor. I received a call at work that she was going to be induced the next day, and I was a nervous wreck. I could not believe this was happening. Everything seemed to move at rapid speed, and I had no time to think. Thankfully, my coworkers helped prepare me with a few essentials, and I hopped on a plane to arrive in time for the birth. The expectant mother kept calling and texting me to see how soon I would be able to get there.

When I arrived at the hospital, they were already prepared and ready for me, supplying me with my own band; they treated me like a mother too. I walked into the room and could see she was fully in labor and not the most comfortable. There was lots of activity going on, and I could see she was doing her best. It did not take long for Luke to arrive after I was there. I was in shock and a mess of emotions. He was so precious and little. I was overwhelmed by love. I was so thankful I was there for the expectant mother; it was just us and the medical staff. I still think about that moment, and everytime I look at pictures, I get choked up. It was incredible, and I am grateful I was able to be there.

After Luke arrived, the three of us were given our own room where Luke’s birthmother and I talked all night. It was amazing to be able to bond with Luke and his birthmother. The next day I had to run out and get Luke a carseat and a few other baby items as well as get set up at the Airbnb. I was lucky to find a place to stay where they had a crib, and after finding out why I was there, they set up everything for me. They had this amazing housekeeper who was ecstatic there was going to be a baby! It was so unexpected but beyond helpful as my family was not yet able to be there.

Luke’s birthmother was able to check out while Luke and I stayed one more night in the hospital. As Luke and I were preparing to leave the hospital, his birthmother came back. She had a card and goodie bag with a stuffed animal, addressed to Luke, explaining why she chose this for him and a picture of her with her other children to give him. The stuffed animal plays a prayer as you squeeze it. Luke’s birthmother is still involved, and we share updates with her often.

Be sure to cherish all the milestones. It is so cliche, but it goes very fast. The most beautiful thing is watching the growth and development every day. Once you have your child, take that patience and faith with you that you learned. Looking back, I recognize I was lucky to have been chosen multiple times and quickly. It did not feel that way while I was in it, but I am a better parent because of this process. I am calmer, listen more, and am even more attentive.

Hannah & Nick's story « Previous
Up Next » Kami & Cherie's story Up Next »