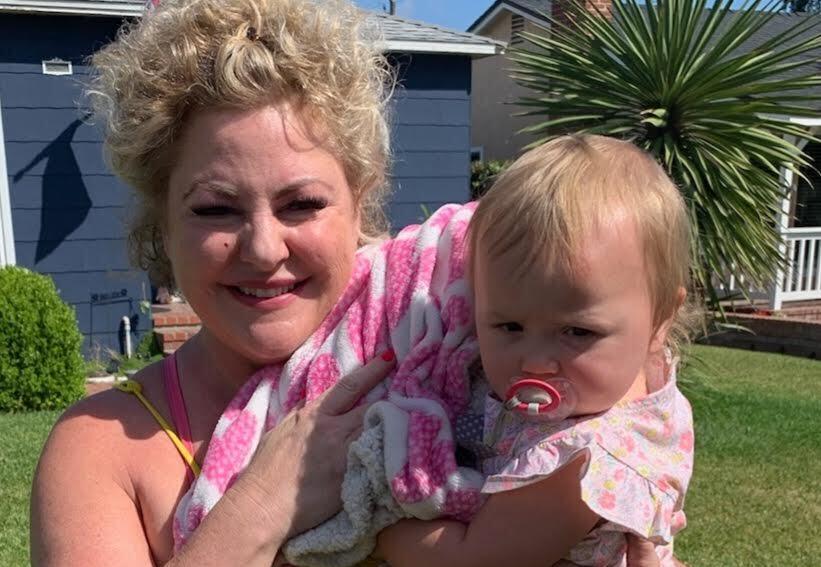 Getting married later in life was followed by a number of miscarriages, one late-term pregnancy loss, and a divorce, so I had to spend some time redefining who I was. While I spent that time finding out who I was and what was important to me, one thing never changed: my desire to be a mother. My parents were incredibly supportive of my journey to become a mother as a single woman, so it was now a matter of “how.”

I started feeling a pull toward adoption but struggled to find the right partnership. When I finally found LifeLong, I was so impressed with how inclusive they were, and they instantly felt like family.

I truthfully enjoyed the start of the adoption process. While scary, it felt great to put my profile together and put myself out there. I wrote my profile with love and hoped that was going to be evident to each expectant mother it was presented to.

After completing my profile, it was time to wait, and waiting was hard. It was a given that it would be difficult, but leaning on my personal and LifeLong support system was integral to my comfort. I was able to build trust with my coordinator and really lean on her on the hard days. I was reminded that there was little I could plan and control about the process, but I was here for a purpose, and that purpose was to become a mom.

When LifeLong called to share that my profile had been chosen, it was incomparable to anything I’d ever experienced. I had to take a moment to realize the call was real and that this could be the call that changed my life forever.

As LifeLong shared with me the details about both expectant parents, I started to grasp the intimacy of what could be a beautiful relationship. Both expectant parents were young and had only the expectant mother’s mom’s support while going through the process. There was little known about the health of the baby, but we would be finding out soon as she was due in only two weeks! I had the opportunity to speak first via text and later through phone calls with the expectant mother, and it was wonderful. There was so much love shared between us in those early conversations, and it all felt meant to be.

While I spent a very busy two and a half weeks preparing my home for a baby, I did not make any travel arrangements. When I finally got the call from the expectant father that the expectant mother was in labor, I booked the first flight I could and took a red-eye across the country. I knew there was a chance I would miss the delivery, which I did, but there was no way to remove the miles separating me from my daughter.

When I finally arrived at the hospital early the next morning, I was greeted by the hospital staff, who took me straight to meet both my daughter and her birthparents. Walking into the birthmother’s room was surreal; she was an angel holding a newborn, my daughter, Emmalynne. The hospital was accommodating to me and provided me with my own room only three doors down from Emmalynne’s birthmother. Emmalynne split her time between my room and her birthmother’s room, yet I was never concerned about her birthparents choosing to parent; I fully trusted their choice and that they were doing what was best for everyone.

After discharge from the hospital, Emmalynne and I had a nine-day stay in her birth state pending our approval to go home, and I was lucky enough to be able to stay with a former colleague who opened her home to the two of us. They were wonderful hosts who allowed me the space to bond with Emmalynne and start finding my way as a new mom. Once we were home, we were greeted by family and friends who were so excited to meet Emmalynne. In that moment, getting out of the car at home with my daughter, I finally felt like a mom. I left as “just me” and came home with my dream come true.

“Adoption is a journey of love.”
-Jennifer

Initially, Emmalynne’s birthmother and I had agreed to a closed adoption, but thankfully it hasn’t been closed. When she first requested a closed adoption, I was absolutely going to respect her space but was uncomfortable knowing I would never have contact with Emmalynn’s birthparents again. Prior to leaving Emmalynne’s birth state, her birthmother reached out and expressed interest in having more of a semi-open adoption, and I quickly agreed. We’ve had the opportunity to share gifts, texts, and a couple phone calls, and those shared moments have been so special for all of us.

Adoption is a journey of love—love for myself, love for Emmalynne’s birthparents, and love for Emmalynne. I knew I had love to give a child and wasn’t going to give up until I was able to feel that. I recognized early on that I was going to have to surrender full control to the process and allow it to work, and work it did.

Amanda & Kevin's story « Previous
Up Next » Audra & Heather's story Up Next »