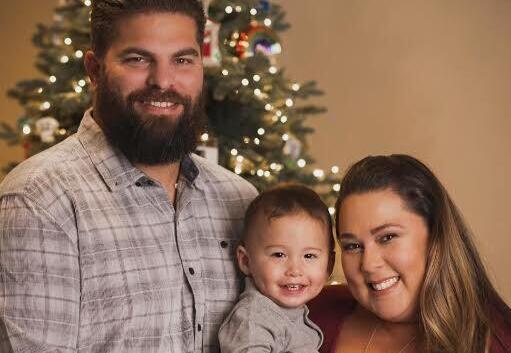 Amanda and Kevin our adoption story

Finding Our Path to Parenthood

Shortly after getting married, we started trying for children. We quickly found that having children naturally wasn’t going to be our path to parenthood and started IUI and, later, IVF treatments. After those were unsuccessful, we had a tough conversation as to what came next. Did we want to continue with IVF or did we want to pursue adoption? We decided adoption was the best next step for us, and our research began.

LifeLong was one of the first companies we reached out to and felt really comfortable about after speaking with them. When we shared the news with our family that we were planning to adopt, everyone was so excited for us. Throughout our fertility journey, they had continued to remind us that adoption was also a pathway to parenthood and they would be excited to welcome a child into their lives, regardless of how that baby came to our family.

Preparing for the Long Haul

While working through both our home study and profile, we were mentally preparing for a long wait. LifeLong and our social worker had warned us this process could take a while, and we were prepping ourselves for at least one year, if not longer. We knew there was nothing additional we could do besides wait.

Much to our surprise, our wait was not long at all.

A New Kind of Anniversary

After only three months in LifeLong’s program, and on our seventh wedding anniversary, we received an urgent voicemail from LifeLong letting us know our profile had been selected and that it was incredibly time sensitive. We called back right away and found out what some may consider intimidating details: The expectant mother who had chosen us had received zero prenatal care, she was across the country from us, she did not have insurance, and she was due in one week. Were we interested? It took us less than five minutes to say yes. We had nothing to lose by saying yes but potentially everything to lose by saying no.

We texted the expectant mother almost immediately and were able to make contact with her, answering the questions she had for us. At her request, we also had a phone call with her that felt a bit more natural. Later that same evening, we received confirmation from her that she and the expectant father had officially chosen us!

Since the expectant mother had not received any prenatal care, her estimated due date was a guess, but she was believed to be due in one week. We headed across the country only two days after she chose us so we could meet both expectant parents but also, hopefully, be there for the birth! Amanda was able to take the expectant mother to a doctor’s appointment, where we found out her actual due date was in four weeks. During that appointment, Kevin stayed home with the expectant mother’s son and babysat. It was what Kevin calls “a crash course in parenting.” After finding out we still had four weeks, we stayed in the birth state for a few more days but ultimately returned home for the remainder of those four weeks.

We spent our days with both birthparents and their son building what we can only describe as a genuine friendship. Rarely did we speak about the adoption but instead about who we are as people and what we enjoy. Both Kevin and the expectant father found they had similar interests and spent time bonding. We wanted to absorb as much information about them as possible knowing these were our potential son’s birthparents; we wanted to share with him as much as possible one day about not only them but what they gave us.

“We know that whether or not she is physically present in our lives, she is forever family to us.”
-Amanda & Kevin

A Family of Three

After we returned home, we tried to return to life as normal, which was difficult knowing we would hopefully be traveling across the country again within a couple weeks. We are both in a unique position to work from home but have to travel to our offices every couple months, which happen to be six hours away. Amanda was set to leave for the office one morning, and as she was boarding her flight and the cabin door closed, she received a text from Kevin that their expectant mother was headed to the hospital and in labor. Without many options, Amanda took her flight, and while in the air, Kevin was booking her a return flight home for as soon as she landed. After a quick turnaround flight and some luggage shuffling at our home airport, we were finally on our way back across the country to meet our son!

We arrived early in the morning in the birth state and had to wait for the car rental place to open. We had quite the adventure on our way to the hospital, including being witnesses to a hit and run and stopping to assist the cops. When we finally arrived at the hospital, we were given our own room to relax in while the expectant mother labored.

When it was time for the expectant mother to start pushing, Amanda was able to join her and the expectant father in the delivery room. Not wanting to be too overbearing, she hung back while being as supportive as possible. After an hour and a half, our son, Jackson, was finally born. At his birthmother’s request, she did not want to hold him, so the nursing staff quickly took his measurements and brought him into our room, where Kevin was able to meet his son.

Those first few moments as a family of three were quiet and surreal. We were terrified, excited, and overwhelmed all rolled into one. We immediately were able to start bonding with him, and those are peaceful moments we will never forget.

Forever Family to Us

Jackson’s birthmother made a clear request that she did not want to hold or meet Jackson while in the hospital. We spent time still texting with her from down the hall but respected her wishes and kept our distance.

We knew Jackson’s birthmother had 72 hours to revoke her consent after signing, and we were anxious leading up to the moment when those 72 hours ended. She had continued to reassure us she was not intending to parent, but we knew there was always a chance and we did not want to let our guard down. Prior to leaving Jackson’s birth state for home, his birthmother did reach out and asked if she could meet and hold him, and we said absolutely. When we arrived at her house, we had the pleasure of meeting her father, who had not known about her pregnancy until Jackson was born. We were both nervous and grateful to have the ability to meet more of Jackson’s biological family. His biological grandfather was so caring and just wanted to know about us. He was thankful he was able to meet his grandson.

While building our friendship with Jackson’s birthparents, we had agreed to an open adoption for Jackson’s benefit, but we knew his birthmother only wanted letters and pictures. The first couple months of Jackson’s life, we would have sporadic communication via text and have found that since then, it has tapered off. We are grateful for the strong friendship we built during her pregnancy so we have information to share with Jackson as he gets older. We know that whether or not she is physically present in our lives, she is forever family to us.

We found that through our adoption journey, while short, patience was key. We knew our decision to adopt was not necessarily an easy one, but Jackson’s birthmother’s choice to place for adoption was a significantly harder one. Being patient with both ourselves and her really helped keep us grounded through our quick connection. We also found we had to be patient with the unknowns. We had done everything we could, and it was out of our control. Letting go wasn’t easy, but we know it is what led us to Jackson, and we could not imagine our life without him.

Brittany & Shana's story « Previous
Up Next » Jennifer's story Up Next »

Start Your Adoption Journey Today! As of October 2nd we have 3 spots available! Free Application »