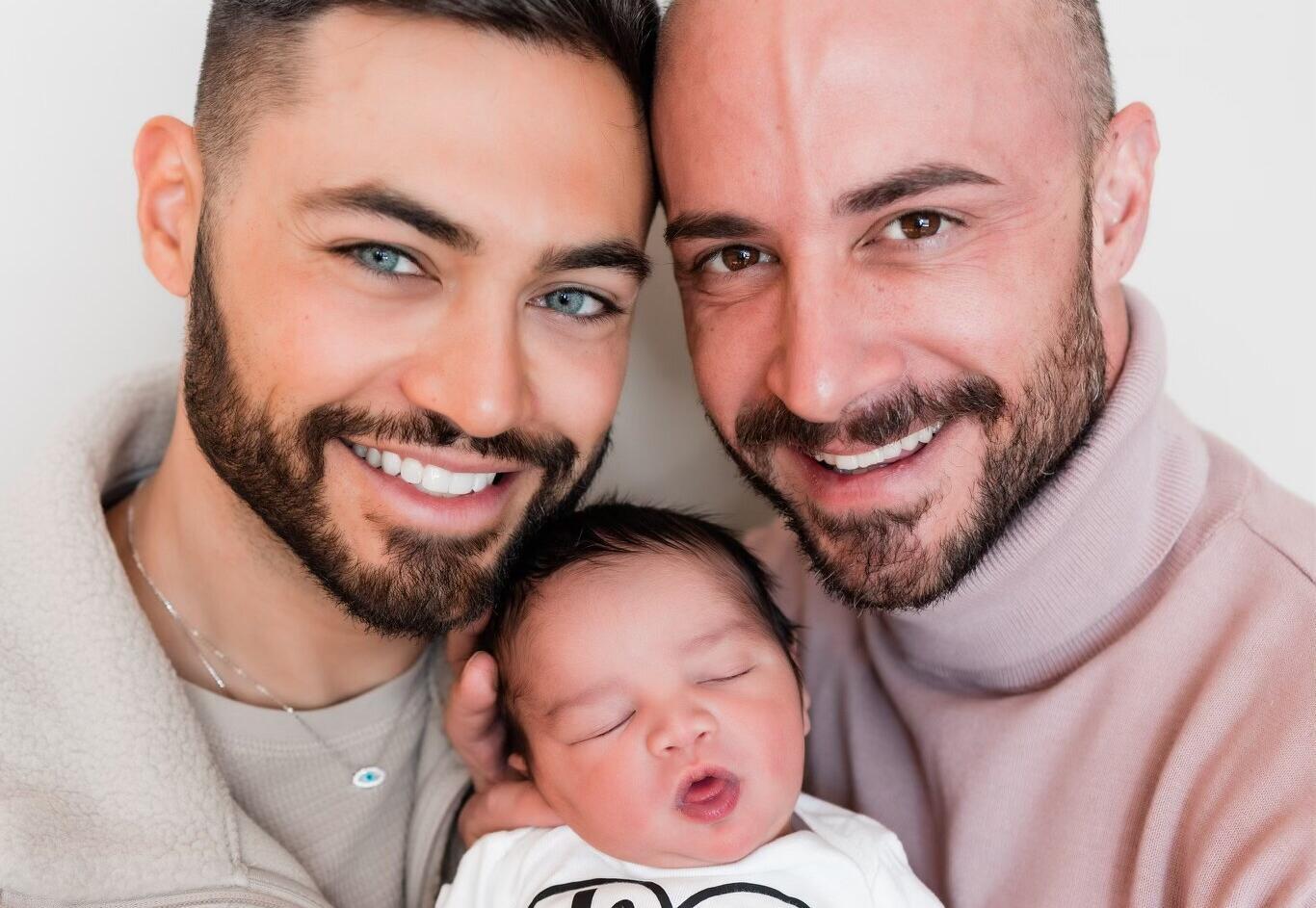 Jimmy and David our adoption story

We both knew we wanted to be dads, and after considering our options, we chose to pursue adoption. We were thrilled to have found a partnership in LifeLong and could not wait to get started.

After what felt like just moments since we joined LifeLong’s program, our profile was selected by an expectant mother. We could not believe how quickly we had been chosen and started to slowly build a relationship with her. While working with the first expectant mother, we were presented with a second opportunity that was a phenomenal fit for us. The expectant mother was close to her final trimester and lived only a couple hours away from us. We had an immediate connection and chose to work exclusively with her.

We were lucky enough to be able to attend doctor’s appointments with the expectant mother and spent two months becoming extremely close. While we were just weeks away from her due date, the expectant mother called us to let us know she had not felt the baby move in a couple of days. David, having a medical background, recommended she go to the doctor right away, and that is when she called him telling us they could not find the baby’s heartbeat. We were absolutely devastated. At 35 weeks, the expectant mother had lost the baby.

LifeLong was supportive through our heartbreak. We knew we wanted our profile presented right away, but we did take some quiet time to ourselves. We knew our baby was out there and that this little one wasn’t meant for us; we wanted to continue to move forward. We had been told adoption can be a journey with several journeys and mishaps; it just meant our baby hadn’t found us yet.

After our loss, we had a period of time where we were not selected. It felt hopeless because we had been chosen twice so quickly, but we knew it wouldn’t last.

We soon had two more opportunities, but both turned out to be false leads. One of the two women who had chosen us we found out was not even pregnant, and we were shocked to learn there are women willing to toy with a family’s emotions in such a way. LifeLong was very protective and encouraging but also really supportive when we brought up our concerns. It felt good to have an educated team behind us.

“We wanted and, more importantly, needed her to know how much we cared for her as a person.”
-Jimmy & David

Our next opportunity was with the woman who would become our son’s birthmother. She had selected our profile at only 14 weeks pregnant. She had written us a beautiful note about why she selected our profile, and we video chatted with her that evening. After just one conversation, she told LifeLong she officially wanted to move forward with us. Admittedly, this was a bit odd to us because she was so early in her pregnancy and we were still a little guarded after our first loss, but we kept an open mind and agreed to move forward immediately.

As the days turned into weeks and months, we grew increasingly closer to the expectant mother. We spoke with her every day in some form or another, and we learned so much about her. She was starting to feel like a younger sister, and we felt honored to be her support system. It was not always easy coming from two very different backgrounds, but we believed building a strong foundation with the expectant mother was important. If she did choose to place with us, she was our family. We wanted and, more importantly, needed her to know how much we cared for her as a person. Each time we spoke and asked how she was doing, she would first tell us about the baby, and we reminded her we wanted to know how she was doing; we were genuinely interested.

Over the course of six months, we had the opportunity to visit with the expectant mother twice as a couple, and David visited once by himself. The first visit was filled with conversations that flowed and a lot of love. We left our first time with her feeling so confident in our relationship and her choice of adoption. Our second visit was a spontaneous one when we could tell after a phone call that she was getting antsy and emotional. We had known for some time that we were her only support system, and it felt like we needed to be with her. We booked flights for the next morning and spent 24 hours being there for her. The third visit was just David, and he flew in to do the hospital tour with her. Although all three of our visits were just over 24 hours, they were enough to show the expectant mother she was not alone and we were truly in this with her.

Our son’s expectant mother had a scheduled induction, which allowed us to be present. We flew in the day before, and she stayed with us that evening at our Airbnb. She was incredibly nervous to give birth as this was her first pregnancy, and thankfully David was able to talk to her about what to expect from labor and delivery and it helped calm her.

When we arrived at the hospital the following morning, we were welcomed with open arms by the nursing staff. We spent two days by the expectant mother’s side while she labored, and when it was finally time to give birth, she was an absolute rockstar. She made it look so easy! Our son, Sebastian, was born surrounded by the love of his new parents and we have been obsessed with him from day one. David was able to cut his umbilical cord, and Jimmy did skin to skin. We both cried, and as we tried to gather ourselves and check on Sebastian’s birthmother, she looked so relaxed and relieved, as though the pressure of carrying her son to full-term was lifted and she knew he was forever safe in our arms.

The hospital accommodated us with our own suite and adjoining room to Sebastian’s birthmother. The nursing staff continued to be amazing during our one-week stay at the hospital. We had not planned to be in the hospital for a full week as Sebastian was healthy, but there were complications with having our paperwork signed off by a judge, so we were unable to discharge in a timely manner. When we were finally approved to discharge, we returned to our Airbnb, and Sebastian’s birthmother stayed with us for an additional couple of days before we went home.

Since our son’s birth, we have continued to speak with his birthmother often. We know she is adjusting back into life post-pregnancy and allowing us space to grow as parents. We will forever have a deep love for her and the blessing she has given us. We have plans to see her in the future, and we cannot wait for her to see how much Sebastian has grown.

Both Sebastian’s birthmother and the first expectant mother we worked with were young women and similar in many ways. They were both free spirits in the best way possible, advocates for the gay community, and unapologetically themselves. They both opened our eyes to a special type of young woman and taught us how to trust. We recognized early and reminded ourselves often that we had zero control in this process and had to learn to respect someone else’s decisions.

Sebastian’s birthmother gave us our greatest gift, our son, but she also gave us the gift of family when she welcomed us into her life as well. We are thankful to have both her and Sebastian in our lives and cannot imagine life without either of them.

Kristin's story « Previous
Up Next » Maria & Victoria's story Up Next »