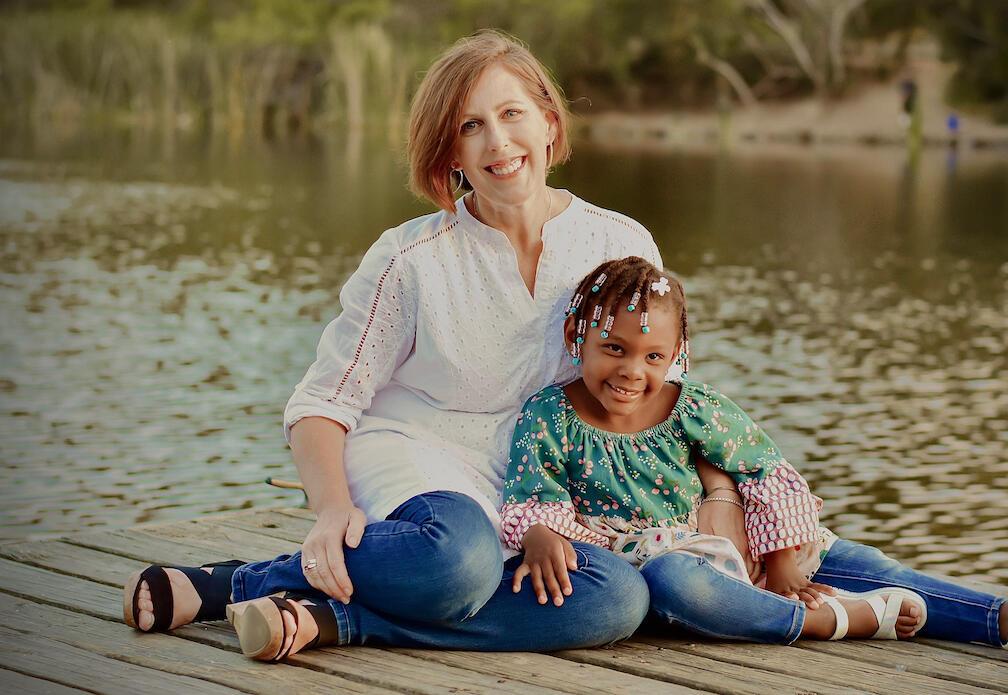 As a single woman, I knew my options for growing my family were limited. I had been fostering for a few years but decided I wanted something more permanent and didn’t need “Mr. Right” to pursue my dream of motherhood. I watched others close to me grow their families through adoption and felt it was the best route for me. Through a personal connection, I came to find LifeLong Adoption and was excited to learn more about their program. Unlike other agencies I contacted, LifeLong didn’t turn me away because I was single. LifeLong was inclusive of all family types, and that attracted me to set up my first meeting.

With the support of my sister, I embarked on my adoption journey. All of the unknowns were scary, but I found that staying positive and going with the flow was the best way to cope. At first it was easy to think that my profile would get chosen quickly because who wouldn’t want to pick me? I knew I would be a great mom! But I realized that it might be more difficult than I imagined, and the waiting was definitely hard. I talked with a couple of expectant mothers throughout my contract, and just the fact that my profile was getting picked was reassuring to me.

A Connection Made in Heaven

With just six months left on my contract with LifeLong, I worried if this would ever happen for me. I had a spiritual moment on the anniversary of my dad’s death, where I spoke to him about my dreams of having a baby. I asked him for guidance and support during this journey. Two days later, I got a call from LifeLong about an expectant mother who was interested in me. Early on in our conversations, I learned her birthday was the same date as my dad’s. Our connection was solidified in that moment, and I told her I knew our paths were meant to cross.

The expectant mother was 12 weeks pregnant when we started communicating. We built a wonderful friendship over the phone for months and began making plans to meet in person. Unfortunately, those plans had to be postponed because I was diagnosed with breast cancer. Obviously this was a devastating shock, and my initial reaction was to just cancel my entire adoption contract. It felt like too much to handle on my own, let alone to put this on an expectant mother going through her own difficult journey.

“I was supposed to be her cheerleader through this, and she ended up being a huge support person for me.”
-Kristin

We decided that the birthmother coordinator would talk with the expectant mother first so she could express her true feelings about the situation. My main concern was her feeling completely comfortable with whomever she chose to adopt her baby girl. I was taken aback by her response and genuine care for me. She asked if I was going to be okay, and I let her know my prognosis was positive. We decided to continue our journey together. I was supposed to be her cheerleader through this, and she ended up being a huge support person for me. We were committed to each other and focused on the best interest of the baby, who would be arriving soon.

The due date kept fluctuating, and I was getting nervous! We joked about her holding off going into labor until I finished treatments, but we both had a feeling she was coming early. She was supposed to be due in May, but just a few days after my last treatment in early April, I got the call at two in the morning: The baby girl was here! Everything happened so fast. My sister planned on traveling with me, but she was unable to at the time. Some of the social workers involved were telling me not to go yet, but my adoption attorney told me to just go. Without a second thought, I was out the door and on a plane to meet my daughter.

Arriving at the hospital was surreal. They already knew who I was and took me to meet the birthmother. Tears were shed in that first meeting. It was overwhelming to be there alone, but the nurses were supportive and helpful. Kaley was in the NICU for a few days, so we spent time visiting her together. Everything after that went as smoothly as it could. I never doubted the birthmother’s intentions or commitment. Even after five years, she remains an important part of our lives. We have an open adoption agreement. Unfortunately, we’ve missed a couple visits due to the pandemic. It’s important that I honor Kaley’s birth family and support those relationships as she grows up and learns more about where she came from.

One of my biggest challenges during the process was redoing my home study during my connection with Kaley’s birthmother. I was scared they would not approve of me due to my cancer diagnosis. Thankfully, that was not an issue. It’s easy to tell waiting parents not to worry or stress out and to stay positive, but of course they are going to worry and stress out. You have no way of knowing what will happen, but trust your gut. Financially, plan on spending 20% more than you anticipated! It’s worth it. Always remember to do what is in the best interest of your child. Even though Kaley was meant to be mine, I still want her to have a relationship with her birth family.

Since adopting, I’ve joined online support groups and am happy to share my story with others who might question whether certain health concerns will hinder them from adopting. I always encourage them to go for it! You never know when a birthparent might be looking for someone just like you. Kaley’s birthmom said she chose me because I was single and she knew the strength of single motherhood. She stuck by my side and made my dream come true. Today I am five years cancer free, and Kaley is thriving as she prepares to start kindergarten.

Carrie & Theresa's story « Previous
Up Next » Jimmy & David's story Up Next »