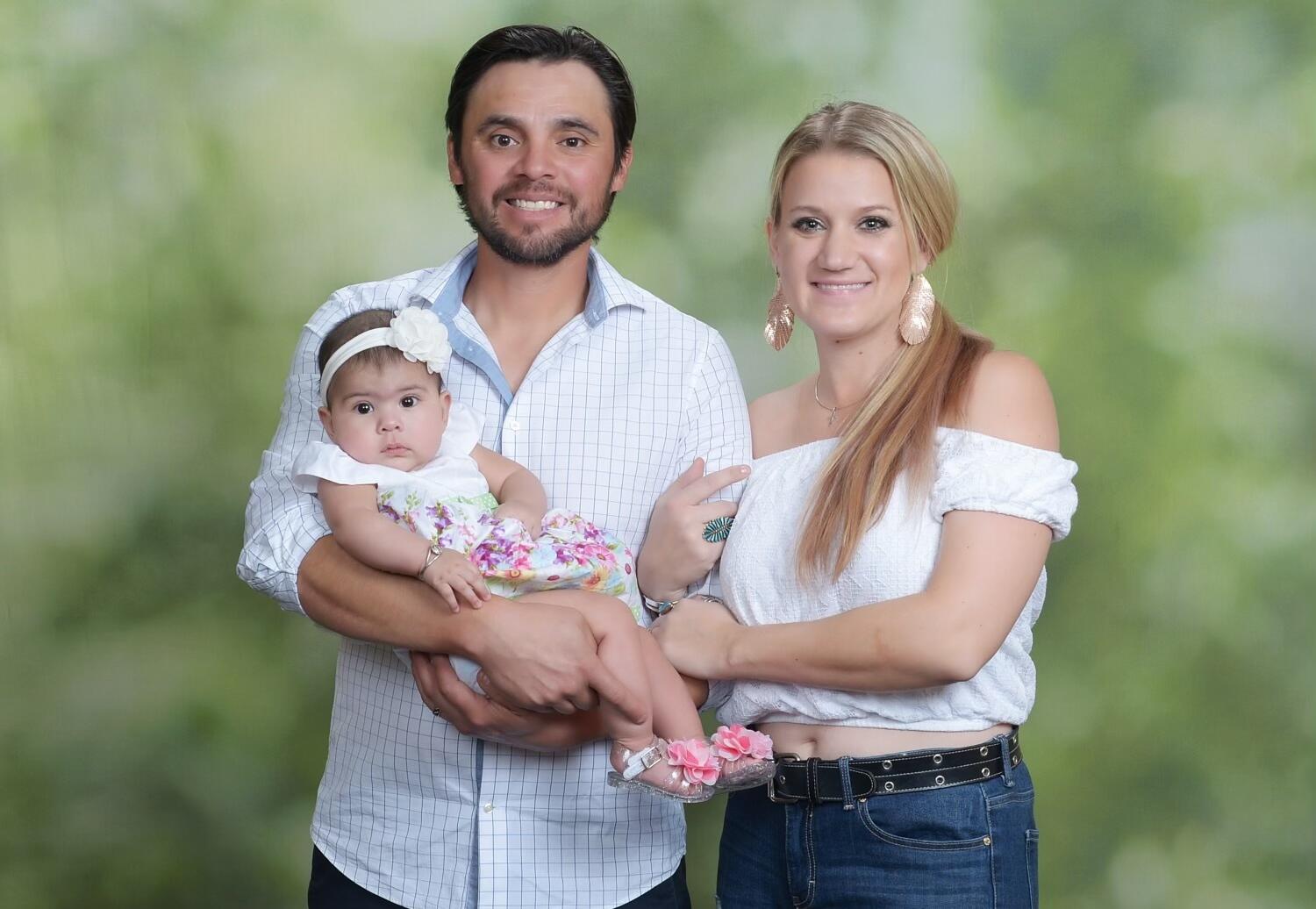 Well before we were a couple, Julia knew she wanted to adopt. When we started dating, Julia shared with Luis how much she wanted to adopt, and he was completely on board. After getting married, we waited one year before starting our home study, aware that most home study providers have a marriage requirement. Once our home study was approved, we focused our efforts on fundraising and finding the right partnership.

We interviewed with a number of agencies, but we had a friend who had adopted through LifeLong, and the personal connection was reassuring. After meeting with them, it felt like a great fit for us, and we were ready to officially move forward.

Early into our wait with LifeLong, our profile was chosen by an expectant mother, and we were thrilled. We spoke with her for a couple weeks, and as we started getting attorney services hired, we started to have concerns. Only a couple days after having attorneys involved, we chose to disrupt the opportunity after the attorneys confirmed our concerns.

After the first opportunity, we had three additional opportunities that were short-lived. Each one reconfirmed for us that this was the process for us, even if it wasn’t the right opportunity.

“Each [opportunity] reconfirmed for us that this was the process for us, even if it wasn’t the right opportunity.”
-Julia & Luis

When we were contacted by our fourth expectant mother, it immediately felt different. She was so welcoming and open with us, something we hadn’t felt from some of our other connections. As we started getting to know each other, she shared with us details of her life, and we got a glimpse into why she was considering adoption. We could tell she had put so much thought and care into her decision. She wanted to do a gender reveal, and while we know it was not recommended, we did do one over video chat with her and found out she was having a girl.

After communicating with the expectant mother for some time, we offered to visit with her. She was hesitant to have us in her home state as she hadn’t shared her pregnancy or adoption plans with her family, but Julia was able to meet her in a neighboring state for the weekend. It was the perfect girls weekend! Julia and the expectant mother spent the weekend shopping, sharing lunch and dinner, and getting pedicures. It was difficult for Luis to not be there, but we were grateful that at least one of us was able to have that time with her.

We had just started to discuss the expectant mother’s birth plan and setting up our own parenting classes when we received a call one night from the expectant mother that she was in labor and headed to the hospital. We knew our chances of getting to her that night were unlikely given how late it was and a lack of flights. We were anxious all night thinking of the birthmother spending the night with her daughter. We knew we could not stop her from parenting regardless of being there or not, but somehow not being there heightened our anxiety.

We flew out first thing the following morning and arrived at the hospital in the early afternoon. We were brought directly to the birthmother’s room and met our daughter, Maliya, for the first time. Maliya’s birthmother handed her to us almost immediately, and it felt so natural to be holding our daughter. We will admit, there were some comical firsts for us being new parents and having never changed diapers or held a newborn before. Maliya’s birthmother found a lot of joy in us experiencing each new first.

The hospital provided us our own room, and our time with Maliya felt like a dream. We could not stop staring at her through exhausted eyes; it felt like the best movie ever, and we wanted to watch it over and over again. The hospital was able to provide us the new parent classes we had canceled and helped us install our carseat. By the time we were approved to discharge, we felt like prepared new parents.

We spent a total of ten additional days in Maliya’s birth state, and while we had planned to see her birthmother before we left, we ended up not being able to. We were sad to have missed her but knew we were going to continue to stay in contact. We have since communicated with her birthmother through updates and photos and are open to video chats if she would like them in the future. We cannot wait to continue to share with Maliya her birthmother’s story, including that the “y” in her name ties her to her siblings who also have y’s in their names and that her birthmother chose her middle name.

Staying Strong on Our Path

We felt strongly that the adoption process was always our path to parenthood and that it would be worth it, but the journey did not come without struggles. Maliya’s birthmother, while amazing, smart, composed, and stable, struggled to keep appointments, including missing two court dates for finalization. Each missed appointment made our hearts skip a beat and had us thinking she was going to choose to parent. We had to remind ourselves to stay faithful in the process and that things would ultimately work the way they were meant to.

Logan & Colleen's story « Previous
Up Next » Julia & Nick's story Up Next »