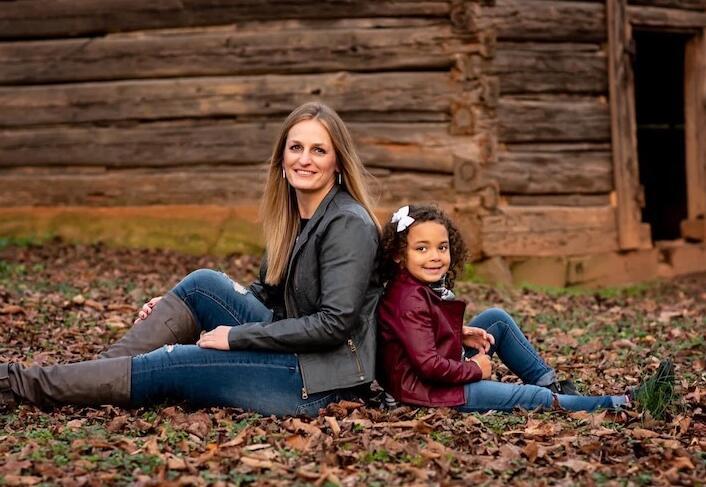 I came across a story I wrote when I was in fourth grade. I wrote about having biological children and adopting a baby. I can’t say I remember writing that story, but adoption has always been in my heart, even as a little girl. Little fourth-grade Kari was under the impression that she would have biological children first and then adopt. However, after a divorce and no one special to reconnect with, I decided perhaps adopting first was the right path for me.

Life Is Too Short

Being a single woman, I thought adoption was far-fetched. How could I ever afford it alone? But a close friend’s adversity impelled me to take the leap of faith. Her mother had passed unexpectedly. Her mom was very special in my life, and after her passing, I made the decision to move forward with adoption. The relationship with my own mother and having to endure the pain of losing a second mother figure made me realize that I did not want to lose the opportunity of being a mom myself.

It took many rebuttals before I got to LifeLong. Many adoption companies would not accept me due to the fact that I was single. In hindsight, it was a blessing to have been turned down by all the other companies. After speaking with LifeLong Adoptions, I felt very secure in my decision to move forward with them. They were incredibly supportive, from the first conversation in admissions down to my coordinator. I truly never felt alone during the process.

“The journey I went through to get to my daughter taught me to see life through other people’s eyes and not just my own.”
-Kari

It was only a few weeks into my contract with LifeLong when I was chosen by an expectant mother. I was at a work luncheon when I missed a call from a coordinator. I listened to the voicemail over and over again to ensure I was hearing correctly. I had been chosen! I got in contact with the expectant mother right away, and we texted back and forth for some time.

It was a Saturday when I received a call from the expectant mother that she was going into labor. By the time I got home to start packing, she had reached out to let me know she was home. Then, the following day, I got another false alarm. Once Monday came around, she texted me saying, “I really think this is it.” It was around 4 p.m. when she told me she had been admitted. I panicked with emotion as I traveled to her hometown. It was sometime around 8 p.m. when the expectant mother contacted me saying my baby girl had arrived. She sent me a photo of the baby, and shortly after, I had to shut my phone off for departure.

“Your Baby’s Been Waiting”

I did not know what to expect when I arrived at the hospital. I had never met the expectant mother in person or even seen photos of her. To say I was nervous was an understatement. I walked into her room, and she was sleeping. The nurse had woken her up, and as soon as she saw me, she said, “ Girl, your baby’s been waiting for you.” It is a moment I will never forget.

The journey I went through to get to my daughter, Kyleigh, taught me to see life through other people’s eyes and not just my own. The most important lesson I learned through this process is to remove judgment. The birthmother’s and my relationship blossomed into something so great. I created a safe space for her to be vulnerable and feel comfortable enough to share her story with me. The birthmother taught me so much about life. She made a lot of difficult decisions on her own. Kyleigh was the greatest gift, but the one who truly blessed my life is the birthmother. I felt it in my heart that Kyleigh was meant to be my daughter. My gratitude goes out to LifeLong Adoptions for the tremendous support and, most importantly, the birthmother for her strength and courage.

Maria & Victoria's story « Previous
Up Next » David & Steven's story Up Next »