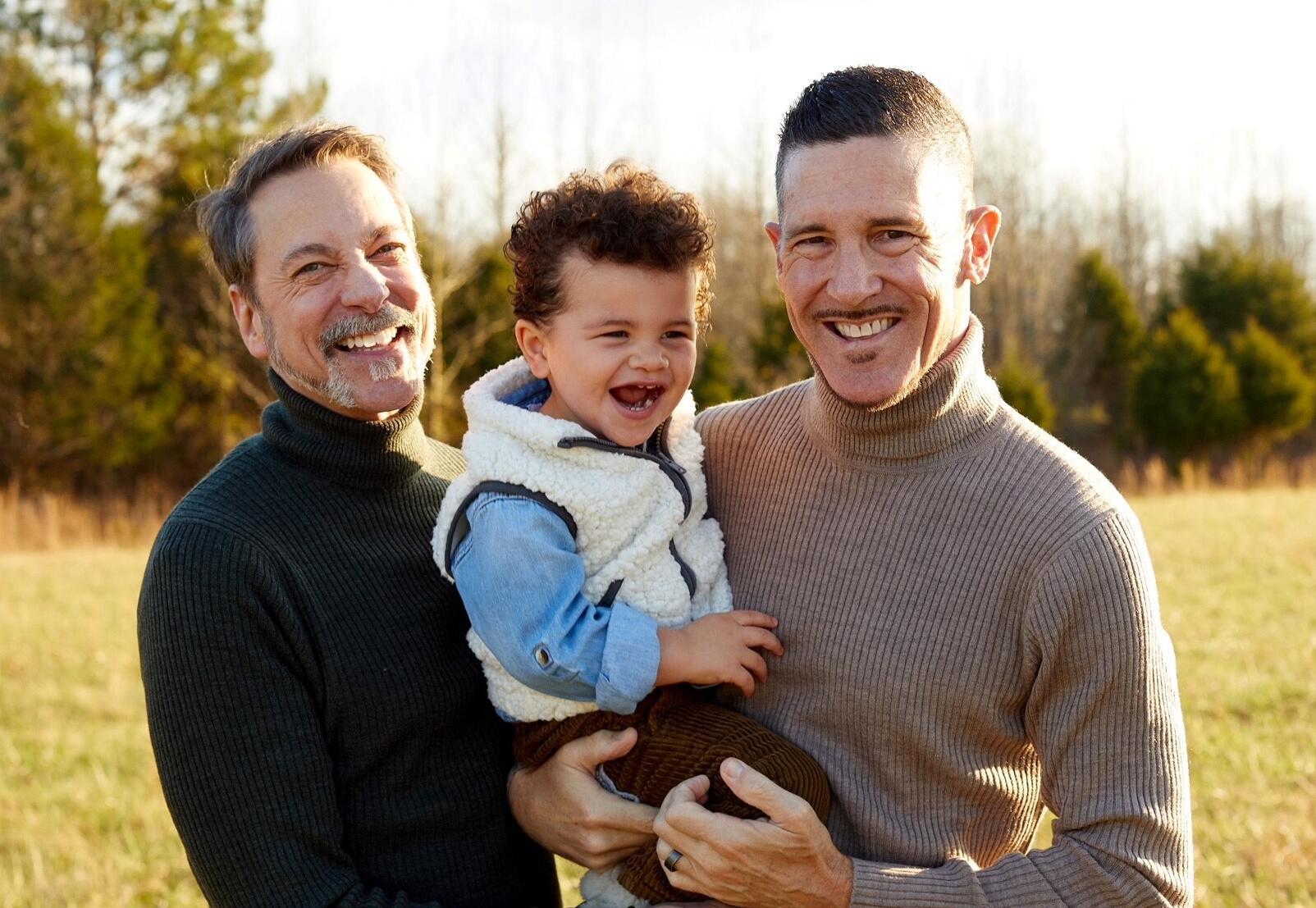 David and Steven our adoption story

We started our journey to build our family through foster care. We went through foster care training and that is when we started to think about the option of adopting instead. Fostering didn’t work out for us, so we decided to put things on hold for a while. Both of us ended up looking into adoption again at the same time without knowing that each other had been doing so. We realized that was our sign to move forward with adoption.

We found LifeLong with a simple Google search. What drew us in was LifeLong’s history and their success rate. We were very pleased with how LifeLong handles adoption and their experience with the LGBTQ community. When we decided to proceed with LifeLong, we felt at ease and ready to begin our journey.

As we started this process, we told all of our family and friends and everyone was ecstatic and very supportive; however, we of course felt some anxiety. Our biggest worry was to run out of our two-year contract with LifeLong and never be picked. Would we be chosen? How long would it take? We are a little older, so we also had concerns about expectant mothers not choosing us because of that. Our past has caused us to be very “day-by-day people,” which helped us in this process. The question of when it would happen was the biggest thing on our minds.

Another Meaning to “Our Special Day”

November 12th was the day Courtney, our son’s birthmother, chose us. This was such a special day because not only were we picked by an expectant mother, but it was also our anniversary. There was much to celebrate. We spoke with Courtney for about a week before she decided she wanted to move forward with us. Once things were in motion with the attorney and social worker, Courtney went quiet for a bit, which we totally understood. By the time Courtney decided to move forward with us, she was just weeks away from her due date.

We eventually found out that Courtney had picked us off of the Family Finder tool on the LifeLong website. She said she felt as though everyone needed to be happy, and that is why she was drawn to us. We signed on with LifeLong in June, and baby boy, Sawyer, was born at the end of November. Courtney was the first expectant mother we ever talked to, she was our one and only.

“This was a lifelong dream of ours and we never thought it would actually happen. It was something we always hoped for, but never truly expected.”
-David & Steven

The day Sawyer was born, we were sitting at home having coffee and the phone rang. Courtney was in labor and on her way to the hospital! It was like a cartoon scene, we were running around in all directions. We already had our bags packed and ready to go ahead of time so we would be prepared for when the call came.

We were only about 180 miles away from the hospital, so we hopped in the car and started to drive down there. We were buzzing and so excited. At one point, we were so distracted that the car started to stall and we could not figure out what was happening. We then realized that the car had inadvertently been pushed into neutral and we didn’t even notice since we were so clouded with excitement.

Once Sawyer made his way into the world, he was handed over to us and we cut the umbilical cord. We were able to be in the room with Courtney, which was a beautiful moment. It was overwhelming and we both cried tears of joy. This was a lifelong dream of ours and we never thought it would actually happen. It was something we always hoped for but never truly expected. We thought to ourselves, can you believe it?

This was the first time we had met Courtney and the birthfather as well. Sawyer’s birthfather was also involved in the process, but we didn’t have a relationship with him until the day we met him at the hospital. He had asked us what we planned to name him, and when we said “Sawyer,” he started to cry as this was a family name. It was such a special coincidence for him.

We spent one night all together in the hospital. Then we had to stay in the area for about a week so Courtney had the time she needed to make sure this was the decision she wanted to make. Courtney wanted little attachment once Sawyer was born. She did not find out if he was a boy or a girl when she was pregnant, which was a fun surprise for us.

It took a while for the finalization, which was stressful. The courts were backed up and they had changed some of the policies. The hardest part was to not think about all the things that could go wrong. We tried our best to keep our minds quiet, as they can certainly play tricks on you. Once everything was cleared, we were overjoyed. We became the family we always wanted.

Fast forward almost three years later and we can tell you that our life with Sawyer is the absolute best. He is so easy going and such a happy kid. He is truly beautiful and there is such a confidence about him, he is comfortable being independent. Although he has his toddler moments, he is so creative and imaginative.

We have been in contact with Courtney every few months or so since Sawyer was born. We have sent her photos and kept in touch. We are actually seeing her for the first time since Sawyer was born in just a few weeks and are very excited. It’s nice to have her in our lives still and we are grateful that Sawyer will see and know who his birthmother is.

Our advice to waiting adoptive parents is to trust the process and try your best to remain calm. Make sure you expect the emotional roller coasters because they will absolutely happen. Although we got really lucky, know that you are greatly taken care of by LifeLong. Do not worry, your time will happen as it is meant to.

Kari's story « Previous
Up Next » Marcus & Benjamin's story Up Next »