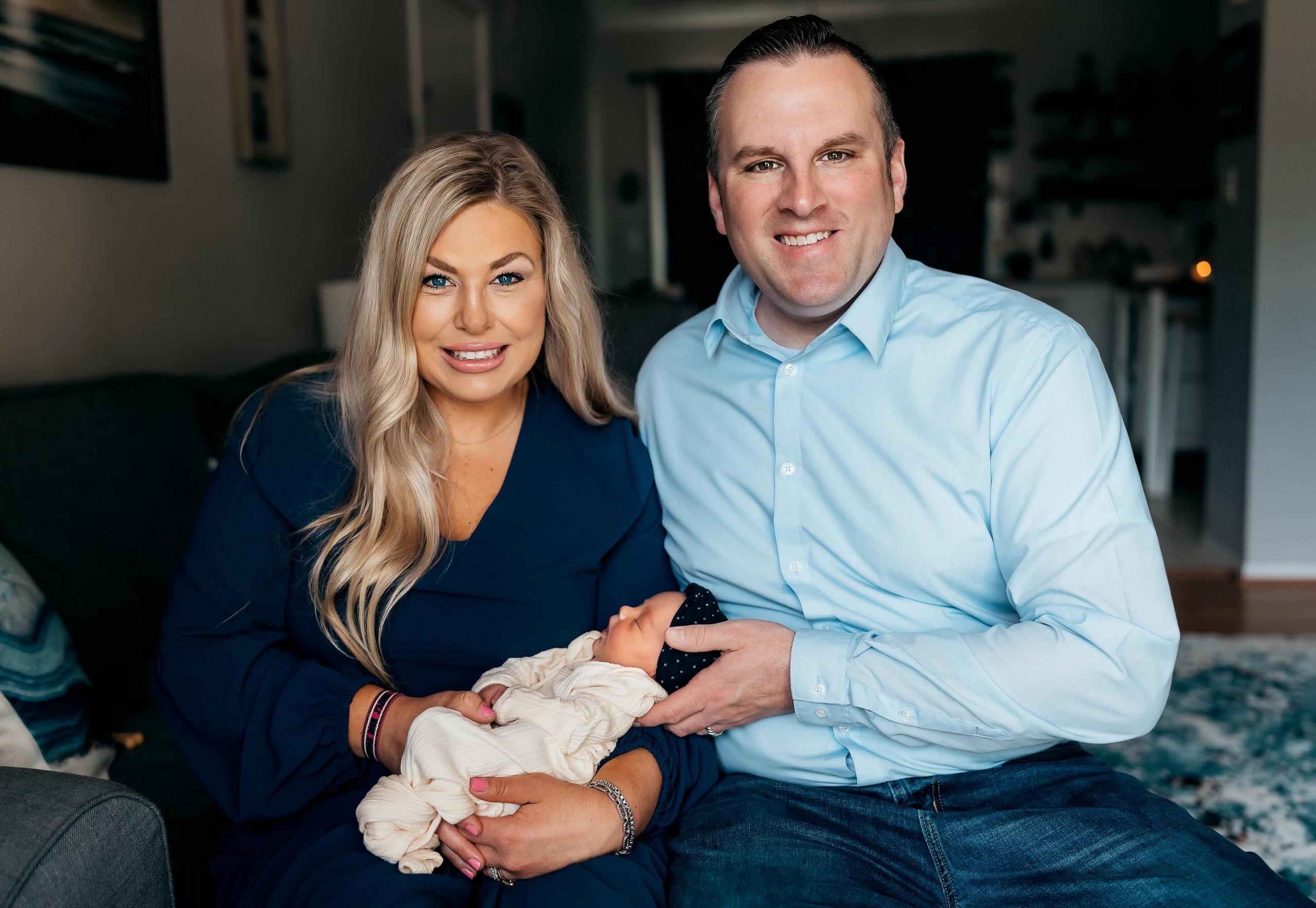 Kerry and Paul our adoption story

A Breath of Fresh Air

After being married for several years, we started trying for children. We suffered a miscarriage and then found ourselves faced with infertility. We started going through with IVF, and even though we had high hopes, we were not successful. Considering adoption as our next step felt natural as Kerry’s family has many family members who have adopted previously. We first started our adoption journey with a larger national agency, and after just shy of one and a half years of waiting with no opportunities, Kerry’s mom found LifeLong and encouraged us to apply. We had our initial video call with the LifeLong staff, and they were great at answering our questions; after the year we had had, we had quite a few. LifeLong was kind enough to have a video call with Kerry’s mom as well to help answer her questions. We appreciated how open LifeLong was after the experience we had been through. It felt like a breath of fresh air.

Once our profile was approved, we chose to make a video. We wanted to be able to show an expectant mother who we were outside of pictures on paper. We made the majority of our video family focused, highlighting what was important to us as a couple.

Only one month into waiting, we received a call from LifeLong that our profile had been selected by an expectant mother, and she wanted to text with us. We of course said yes right away and spent the remainder of the day chatting with her. She shared with us that our video really spoke to her, and it meant a lot to us as we really felt like we poured ourselves into it. Toward the end of our conversation, the expectant mother asked us if we would be willing to meet her, and we said yes. We knew she was only a couple of hours from us, and we felt honored she wanted to take such an important step.

We met the expectant mother at a coffee shop and spent a couple of hours talking about everything and anything. She told us how important it was to her to select a family that could be involved in her pregnancy and invited us to be part of her doctor appointments.

Kerry was able to be there for the next ultrasound, and from that point forward, we both tried to make each appointment together. The expectant mother’s doctor was an adoptive parent himself and was incredibly supportive of her choice. He really helped guide her through the process.

Just as we were hiring attorney services, the expectant mother found herself without housing, and we helped her first find comfort in a women’s shelter and later a place of her own. We offered to move her closer to us, but she wanted to stay close to her son and her doctor.

About four weeks before her due date, the expectant mother had to have a couple procedures done due to being high risk. The hospital she had been admitted to had recommended she stay, but she chose to self-discharge so she could deliver at the hospital with her doctor. We were supportive of her decision because we knew how important the relationship with and support of her doctor was to her.

The delivering hospital provided us with our own room, and we were able to be involved through her labor and delivery. When the time came, Kerry held the expectant mother’s hand, and Paul was able to cut the umbilical cord. Meeting our daughter, Navy Kay, was the most joyful moment of our lives. At Navy’s birthmother’s request, she met her, and then we went to our own room for the night. That first night together as a family, we couldn’t help but to just watch Navy sleep and marvel that she was ours.

“We carried a lot of doubt with us through the process and struggled with our inability to control what was out of our control, but we tried to stay grounded and reminded ourselves to lean into each other when we felt fear creeping in.”
-Kerry & Paul

The day Navy’s birthmother signed, her doctor came to say goodbye to us, and that is when we said goodbye to her as well. We cried saying goodbye and felt so lucky to have met such a wonderful woman. We have stayed in touch with Navy’s birthmother through texts and a photo account, occasionally sharing photos and checking in on each other. We know seeing the photos was not easy at first, but Navy’s birthmother has since told us they’ve actually helped her through the grieving process.

Growing Through the Process

After our first adoption experience, we now know we had a skewed vision of what adoption entailed. Through LifeLong, we found a great support staff and individuals who care immensely about us and Navy’s birthmother. We carried a lot of doubt with us through the process and struggled with our inability to control what was out of our control, but we tried to stay grounded and reminded ourselves to lean into each other when we felt fear creeping in.

As a couple, we have grown in our marriage after our infertility struggles, and now, as parents, we have grown to know the best versions of ourselves after adopting Navy.

Chris & Maury's story « Previous
Up Next » Jordan & Mandy's story Up Next »