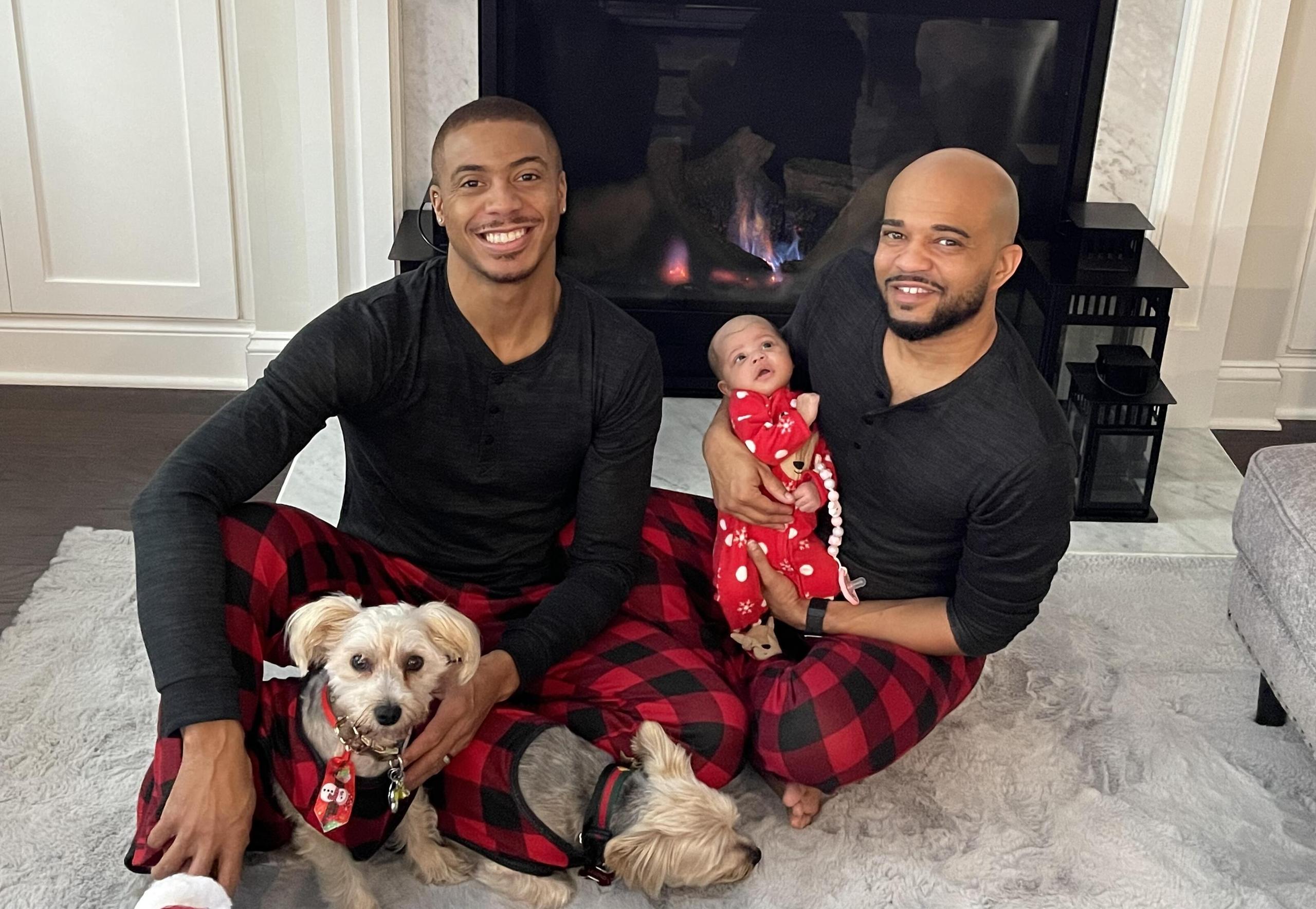 Marcus and Benjamin our adoption story

When we met, we both knew adoption was something we wanted for our family. We talked with friends who had adopted successfully with LifeLong, and they could not say enough great things about their experience. It spoke to us that LifeLong catered to the LGBTQ community in a way no other companies did; that was important to us. It was never a question of who we would choose, and we were ready to start our journey to be dads!

At the beginning of our journey, we felt very mixed emotions. We wanted to have a baby for so long, and we were so ready to do this. We talked with friends and family for feedback about our profile and profile video. Everyone was supportive and excited for us to start our journey. We also had questions of when and if this would work for us because we knew there were not any guarantees in adoption. There was a lot to check off our to-do lists to keep us and our minds busy in the beginning.

Waiting for Our Turn

Soon after we finished our profile, we got a call that we had been chosen by an expectant mother. We cannot explain the rush of emotions that come after receiving a call like that. We were over the moon and surprised as we thought it was going to take much longer and were prepared to wait.

We loved getting to know the expectant mother, but the father did not want to place; ultimately, our first opportunity did not work out. We were sad and disappointed but also knew that if it was meant to be, then it would have worked out. We loved our time with the expectant mother and would not have changed anything about that. It was time to go back to waiting.

Shortly after our first opportunity came two more opportunities almost at the same time. For one, there were several families involved, and she ultimately chose another family. The other opportunity was hard because she went silent, and we did not know why. We quickly realized this was not going to be an easy road and that there would be disappointments.

We were now back to the waiting phase of our journey, and it was silent for months. We started having our doubts and discouraging feelings. We looked at some success stories, which helped us regain some hope knowing that adoption worked.

“We knew it was meant to be! Our daughter is our Christmas miracle!”
-Marcus & Benjamin

We received a call about an opportunity with a woman who was five months pregnant and already had a son. This made us so hopeful and excited. We video chatted with her, and soon after that, she was ready to move forward to the connection phase. We hired the attorney as quickly as possible, but every time the expectant mother was supposed to meet with the service provider, she would miss her appointment. This happened three times before she ultimately went silent for about a month. We were feeling discouraged and doubtful at that time. We had come to terms that this might not work out and started preparing ourselves emotionally. We told LifeLong staff that if she was to resurface, we would absolutely communicate with her again. There was no way we were going to give up!

November rolled around, and we got a text totally out of the blue from the expectant mother. She apologized for being silent, but she wanted to know for sure that adoption was what she wanted. We understood that as we could not even imagine how hard it is to make this decision for yourself and your child.

At 7 a.m. the next day, a Sunday, we got another text from the expectant mother stating she was having contractions. We contacted the attorney right away to get everything in place, and by Tuesday, we still had not heard from her. She went silent again, which left us wondering what would happen. Was she okay? Was the baby okay? Did she give birth? So many questions and so many emotions.

The attorney called the hospital that she was at to see if she had indeed given birth. The hospital confirmed that she did have the baby and was still at the hospital; however, they knew nothing about an adoption plan. The hospital went to check on her, and she stated she was going to parent her child. We were heartbroken, as anyone would imagine. We were so close to our dreams coming true to now feel so far away.

Two days later, we were at a birthday party and received a text from the birthmother. She asked if we would like to talk, and we said, “Of course!” We cared so much for her and in no way blamed her. We did not want to burn any bridges with her just because things didn't go our way. Unfortunately, we never heard from her. We knew this was uncharted territory for her and for us, and we respected that adoption could be like this. After three weeks, she texted us explaining why she did not communicate and explained her situation. She thought that the birthfather was her firstborn son’s father, but come to find out, that was not the case. The birthfather did not want anything to do with being a father, so this left the birthmother homeless and sleeping on the couch at her grandmother’s house.

The birthmother was ready to place as she realized she was not in a good place and could not care for her child. She asked if we could come right away, and we did! There were times we felt skeptical because of the prior ups and downs, but we wanted to have faith that this was meant to be. We even thought at one point that this whole opportunity could be a scam, but we trusted our service providers and LifeLong staff when they said they had faith! We are so glad we did listen because without that advice, we might not have had our miracle.

The birthmother was consistent with communication now, and Friday afternoon she sent a text asking if it was possible for us to come on Monday so she could have a little more time to say goodbye. We did not want to say no because we wanted to respect her, but we were scared. There had to be a way to make everyone happy, so we suggested for us to come as planned but that we would stay a week and let her see the baby as much as possible. She agreed, and everything went smoothly from there. Once the birthmother saw us with the baby, she knew this was the right decision and told us she now understood this was what was supposed to happen. We told her how much we loved her and respected her. We truly believe because we took her lead and a leap of faith, that is why we have our miracle today, Kennedy!

With all the ups and downs that came, we still would not change a thing. The moment we held Kennedy in our arms, we knew this was supposed to be our child. Everything we went through was worth it. If we had not trusted our team and our birthmother, we would not be parents right now. The overwhelming joy we feel is unmeasurable, and we are forever thankful for Kennedy and her birthmother.

The hardest part about adoption is giving up control and realizing that trusting the process is the only way to be successful. Separating your emotions and staying in line is important to be successful as well. Don’t allow yourself to get caught up in your negative thoughts and lose control to the point where you now become your own roadblock. Pick yourself up if things don't work out, and keep moving forward. Remember that you are doing this for your future son or daughter, and find strength in that.

We are forever thankful for our open relationship with Kennedy’s birthmom and are so glad she decided this is what she wanted. We want Kennedy to know who her mom is and what a difficult sacrifice she made to make sure she had the best life. We are so grateful for our Christmas miracle.

David & Steven's story « Previous
Up Next » Nikki & Maddie's story Up Next »