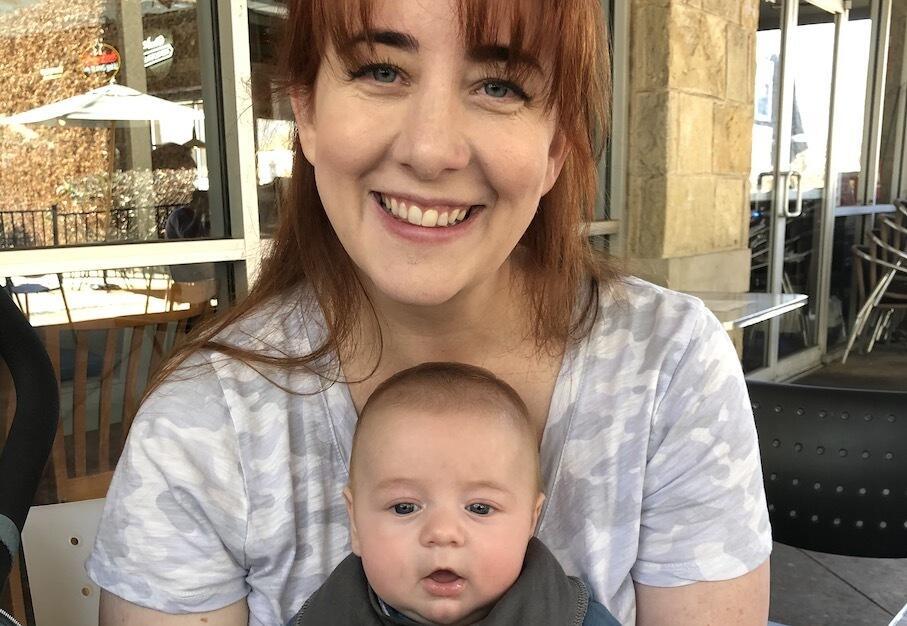 My Journey to Motherhood

I have always wanted to be a mom, and when it was starting to become clear that traditional family planning was not going to be how I became one, I started to consider my options. I initially started with fertility treatments but found it was not going to be the best fit for me. I decided to start researching adoption, which was a natural choice for me as my sister was adopted. I found LifeLong through my research and felt comfortable and reassured by the information and guidance they provided.

My friends and family were completely on board with my decision to adopt and could not wait to support my journey to motherhood. I was also incredibly excited. The average placement time was a little bit longer than a natural pregnancy, and I figured adoption would be an easy, quick process.

Much to my surprise, the adoption process was not easy or quick for me. I had a handful of opportunities with expectant mothers prior to my final opportunity, but none of them made it very far; each one felt like a loss. A couple of the women ultimately chose to parent, one sadly miscarried, and one seemed to just vanish. It was difficult at times to continue to push forward, especially as my time in the process continued to stretch. The expectant mothers I spoke with never felt right, but I assumed that part of the process was being uncomfortable and that this was typical.

Toward the end of my two years with LifeLong and after a handful of months of no opportunities, I was contacted with yet another. I had a sliver of hope this might be the one, but I also had been here before and had low expectations. However, the moment she and I spoke, it felt different. She was engaged in the conversation and allowed me to ask her questions, and we seemed to really connect. She shared with me that she was due soon, but we couldn’t be sure how soon as she hadn’t been aware of the pregnancy until recently. She had a scheduled doctor's appointment the following week.

“There were moments when I found it difficult to continue to push forward, but a sliver of hope kept me going each time.”
-Megan

After the expectant mother’s first appointment, her due date was pushed out about six weeks, which was a relief. I had an upcoming procedure scheduled, and while I would still technically be in recovery, six weeks gave me plenty of time to feel like myself again. Following that appointment, the expectant mother shared with me ultrasound photos, and we did a mini-gender reveal together and found out she was having a boy!

The following week the expectant mother had another appointment, which went great. However, on her way home from the appointment, she was involved in a car accident. She texted me immediately and told me she was okay but was being taken to the hospital as a precaution. I let her know I was available if she needed me, and although I couldn’t be with her, I was there to support her. Shortly after, I received another text from her that she was being transferred to the maternity floor because they wanted to monitor the baby’s heartbeat; I was terrified. Everything seemed to be going okay, and as I was starting to relax, I received a third text that night that she was being taken into an emergency C-section. I started making travel arrangements for the following day so that my mom and I could be there to support her and meet my son.

Early the following morning, I finally got news from the expectant mother that she and the baby were out of surgery, but he was being transferred to the local children’s hospital. She did not have many details, but she reassured me she still wanted me there. As my mom and I were sitting at the airport waiting to board our flight, my attorney called and advised holding off on coming. My attorney shared with me that the NICU staff was concerned for the baby and that he may not make it; if that were to be the case, I shouldn’t be there. I was devastated. I finally felt so close to being a mother, and now, for reasons so far out of my or the birthmother’s control, this might not happen. After speaking with friends in the medical community, I chose to take the advice of my attorney and cancelled all of my travel plans. I left the airport absolutely defeated.

Due to the level of trauma to the birthmother and her son, I decided to give her some space and did not communicate with her for a couple days. I wasn’t sure what she knew about her son’s health, and I knew she was working through her own recovery. The silence between us was starting to feel deafening and uncomfortable. I was worried about her and didn’t want her to think I wasn’t interested. After speaking with the attorney and specialist at the children’s hospital, I received positive news that the baby was doing great; he was healthy and strong.

Once receiving this great news, I knew I had another hard call to make to the birthmother. When I was finally able to speak with her, I told her I would completely understand if she was no longer moving forward with adoption, but she surprised me by saying she was still in if I was. I told her absolutely and that I would be there in the morning.

After rebooking my travel and landing in the birthmother’s state, I went straight to the children’s hospital, where I got to meet the most incredible woman for the first time and the sweetest little boy, my son, Shepherd. Admittedly, it was intimidating to meet both my son and his birthmother at the same time while he was in the NICU, but he was absolutely perfect. The first day together, his birthmother held him for the majority of the day, which I supported. I wanted her to have her fill and take the time she needed after such a traumatic experience. I was provided a room at the nearby Ronald McDonald House and was able to spend every day after that with Shepherd, all sixteen of them.

Shepherd’s birthmother and I remained in contact while he was in the hospital, and he was able to spend the day with both his birthmother and birthfather the day they signed their parental consent paperwork. When Shepherd and I finally discharged from the hospital, my mom was able to join us at the Ronald McDonald House, and we all drove home together after a long three weeks.

Shepherd’s birthmother and I still have regular contact monthly, where we share life updates, milestones, and photos. Shepherd’s birthmother had initially told me that if I did not want Shepherd to know he was adopted, she would support that choice, but I knew his knowing was the right decision. I want Shepherd to be proud of his story and his birthmother, and I never want him to lose his trust in me. It’s important that as his mom and the woman his birthmother put so much faith in, I continue to foster his understanding of difficult choices and the love that surrounds him.

Throughout my two-year journey to Shepherd, my faith was tested many times. There were moments when I found it difficult to continue to push forward, but a sliver of hope kept me going each time. Each ended relationship hurt in its own way, and I found there was a fine line between respecting the expectant mother and her choices and my own desire to adopt. Before coming into this process, I only had a vague understanding of a mother’s love for her child, but after experiencing Shepherd’s trauma, standing by his birthmother, and finalizing his adoption, I can now fully grasp and appreciate the love and care a mother must choose daily for her child.

Jordan & Mandy's story « Previous
Up Next » Elizabeth & Michelle's story Up Next »