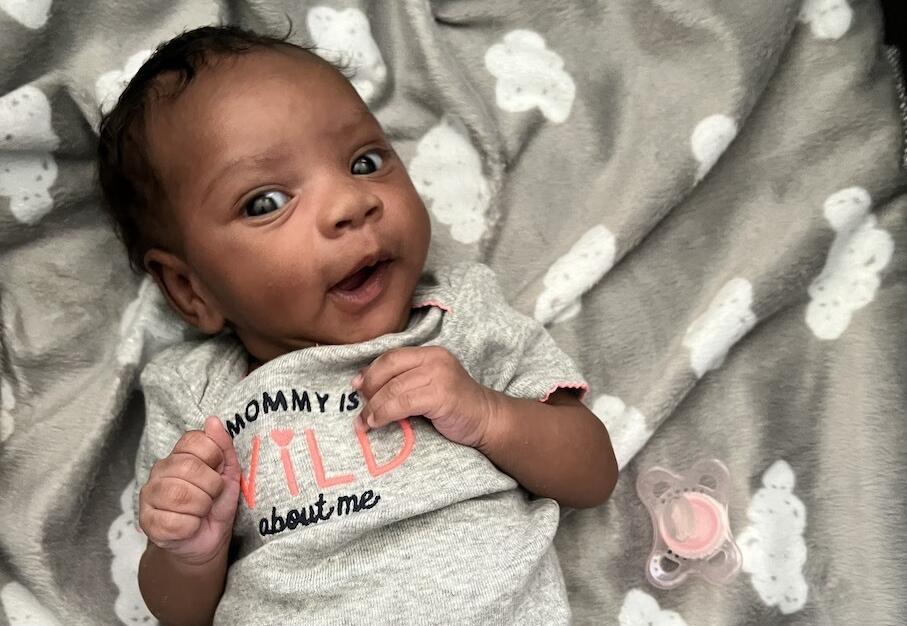 Adoption was always on my radar, and in my previous relationship, we had looked into adoption. When that relationship did not work out, I started to think about adoption again and whether or not it was something I should pursue as a single mother. Ultimately, I chose to be a parent no matter what; it did not matter if I was in a relationship.

As I was researching online, I came across LifeLong and loved that they cater to single women and other nontraditional families. The fact that I had found a company that believes everyone should be able to navigate adoption was important to me. Adoption is a big investment and a big decision, but LifeLong made me feel comfortable along the way.

My friends were very excited for me, but when I told my mom, she was not as excited as I anticipated she would be. I am sure she was just worried for me and wanted me to be happy. I did not tell my dad right away, although they are together. We went to dinner one night after I had talked with an expectant mother and told my dad I was adopting. He was so excited for me, and my mom was also excited and totally supportive at that point in my journey.

The first expectant mother I spoke with was really nice. We texted back and forth and got to know each other. She was also talking with other families and ultimately felt more of a connection with another family. She gave feedback to LifeLong staff that she thought I did not like her because I was standoffish. I could not believe she thought that because that could not be further from the truth. It was out of fear of saying the wrong thing, but it was a learning experience. I appreciate the feedback, and it allowed me to feel more prepared for the next opportunity.

After some time, a second opportunity came along, and this time it was a birthmom who had a two-year-old. We talked and texted, and it was going really well. One day she asked if I wanted to come visit her and the child. I was excited and planned the trip right away. We met for lunch, and she expressed she did not know how to tell her parents she was placing her child. This was a little scary for me because it felt like she might not place, and ultimately she did not.

I was upset because I am an accountant, and I was mad about spending all this money on traveling when things were not working out. I even thought about only being presented to expectant mothers that had just had a child. But I did not want to limit myself and knew this could happen, so I moved forward and trusted the process.

“I decided being a mom was most important and took a leap of faith.”
-Tia

Out of the blue, LifeLong staff called and told me that an expectant mother had chosen me. I was so excited but a little nervous as well. We chatted a little, and the next day she wanted to move forward. As we were getting to know each other, she let me know she had not gotten prenatal care and did not tell her family she was pregnant. When LifeLong staff had notified me of the opportunity they gave me her estimated due date. Imagine how surprised I was when I found out she had just had the baby, much sooner than we had thought.

I received a text from the expectant mother with pictures of the most beautiful baby. I thought maybe I was dreaming because I could not believe what I was reading and seeing. I think I said, “OH MY GOSH,” out loud about 1,000 times as I scrambled to tell my work, family, and friends that this was happening.

When I arrived at the hospital, it was surreal laying eyes on her. I could not believe she could be mine because I had waited so long. I was scared that things might not work out but excited that it could. I spent the day with the baby at the hospital. I loved feeding her and getting to know her. I was so in love with her.

At first the birthmother wanted a closed adoption, which I was fine with because I wanted whatever she wanted. I remembered that allowing the expectant mother to be in control of her own adoption plan was what was best. Once the baby was born, her birthmother was talking with a social worker and decided she would like pictures and updates throughout the child’s life.

Someone at LifeLong said something that really resonated with me and helped put things in perspective. They told me that if it is meant for you, it will not pass you. I trusted the process and chose to believe that whatever child was meant for my life would find me. I also felt that having a good circle of friends I could vent to when I was feeling down or frustrated helped me get through the hard times. I learned a lot, and I am so thankful for the birthmom who blessed me with my sweet Sloane.