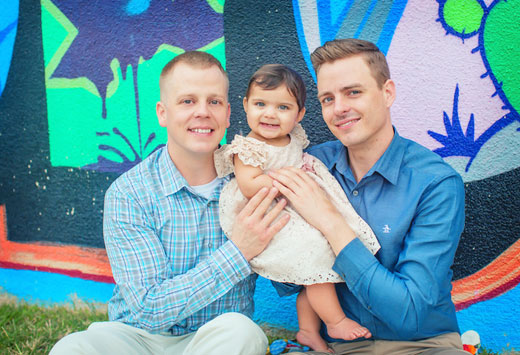 Being a parent can sometimes seems like an impossible task. If you’re an adoptive parent you may encounter some very specific issues that are familiar to other adoptive families. Fortunately, there are plenty of people who’ve dealt with the issues have plenty of wisdom to share. In this post, we’re going to concentrate on mistakes you should avoid as adoptive parents.

1.Try not to focus on differences.

Your adopted child may look different than you or the rest of your family. As a parent, however, you should never focus on the differences between your child. In fact if you do have conversation about differences, try to express the blessing surrounding the differences of every person in your family. No one person is the same and "family is family," regardless of how your family started.

2. Don't hide the fact your child is adopted.

You might feel tempted to avoid telling them the truth about how you and your adopted child came to be a family. But lying about the situation won’t make anything better; in fact, it may instigate negative feelings. Even if you don’t mean anything by avoiding talk of adoption, your child might get the feeling that there’s something wrong with it. Make a point of embracing the adoption and how beneficial your child and the adoption was for your family.

3. Try not to assume the child won't understand something.

There’s a chance your child will stand out from the crowd, even if the crowd is their own family. This applies to biological and adopted children alike. Thinking the differences stem from the fact you don’t share the same genetics is not a healthy perspective for any family. Stating the differences around siblings or family members and suggesting that your adoptive child might not understand because of their heritage difference is not something you should ever do. Your child has now experienced their adoptive family first hand and everyone has differences, there may be conflict, but none of that should be expressed as a derivative of the fact that they are adopted.

4. Don't suggest that there’s something wrong about the curiosity around their adoption records.

People are curious, and even more so when it comes to their own origin. There’s nothing wrong with wanting to know where you came from, and questions like these should never be discouraged. Even if you don’t have access to your child’s adoption records, at least don’t suppress their need to understand where they came from.

And last but not least, treating your adopted child differently is a major mistake, especially if there are biological kids involved. Whether you lean towards pampering the adopted child or giving them special attention, they may end up resenting you for it. Trying to overcompensate is not something you should do. Bringing them in to your family means treating every child with the care that they need, but loving adoptive siblings just as you would biological siblings.