Did You Know?: 20 LGBT Adoption Facts 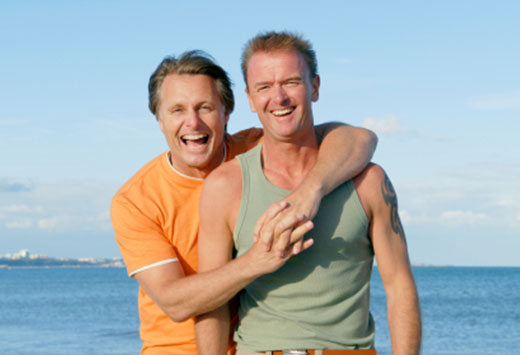 Now more than ever, all couples have the opportunity to share in the blessing of raising children together. LGBT adoption is on the rise worldwide, but many people still have misunderstandings or even misgivings about this family dynamic.

Despite so much progress, stereotypes and ignorance about the LGBT community still abounds. This is especially true in the area of adoption, where many LGBT couples are still confronted with discrimination that makes the adoption process even harder.

The inherent adversity and pervasive stigma that LGBT couples still face in today’s world has been thought to actually improve parenting ability on many levels. As noted above, numerous studies have shown that children raised by LGBT parents tend to express more empathy towards people's differences and more tolerance overall. Adoption is an exciting, yet stressful undertaking for hopeful parents, even more so for the LGBT community. Fortunately, all evidence suggests that this is finally changing and more couples of every orientation are finding it easier to fill their loving homes with children.

LifeLong Adoptions is an independent contractor and under the supervision of Lutheran Child and Family Services, License #012998. Marketing and advertising, identifying a child for adoption, matching adoptive parents with biological parents, and arranging for the placement of a child are services provided by LifeLong Adoptions under the supervision of Lutheran Child & Family Services , One Oakbrook Terrace Suite 501 Oakbrook Terrace, IL 60181. (708)771-7180

Start Your Adoption Journey Today! As of January 29th we have 2 spots available! Free Application »