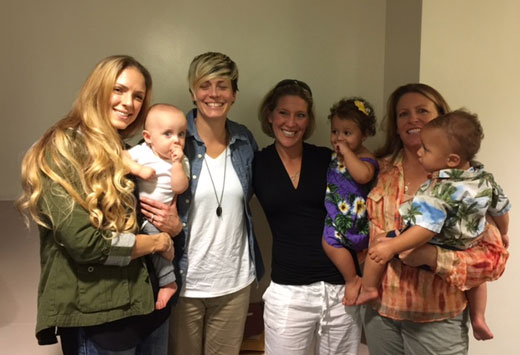 An expectant mother may feel coerced to place her child for adoption even after she has changed her mind because she became friends with the adoptive mother and feels uncomfortable telling her no. Another reason she may feel coerced to move forward with adoption is because she may see that the adoptive family has more resources and believe that would make her unfit to raise the child herself.

A good way to decrease the likelihood of coercion in the relationship is to be as communicative as possible. One of the things that you might want to communicate is how much contact you want to have with each other. As adoptive parents, you don’t want to overwhelm and hover over an expectant mother but you also don’t want it to seem like you aren’t invested in her and the baby. Discuss with each other what you feel is a happy medium and make it clear to the expectant mother that she can let you know when she is feeling overwhelmed by the contact.

Another topic important to communicate about is a birth plan. Make sure it is clear to both parties that the birth mother calls the shots when it comes to the labor and delivery. She gets to make decisions, such as who is in the delivery room and whether or not she wants an epidural. If the adoptive mother disagrees with a decision, it is important to avoid making suggestions that may make the expectant mother feel she is making a bad decision.

The intentions for a relationship with the birth mother post-adoption is a crucial topic to discuss. There needs to be clear expectations, so it might help to create a rough visitation or communication schedule. Adoptive parents should try to offer the bare minimum that they know they can offer, because extra time would be a nice surprise, but cancelled visitations risk hurting the birth mother’s feelings and potentially tainting their relationship with her.

While it may be uncomfortable to discuss, adoptive and expectant mothers should communicate their religious beliefs, politics, and/or values. Without proper discussion on the topic, the birth mother might feel misled if she finds that later they disagree on what the child should be raised to believe. If the adoption has already taken place, it can put a strain on the relationship between both parents and the child. If the adoption has not been finalized but a relationship has been established, it could put the birth mother in an uncomfortable position if she no longer wants them to be the adoptive family.

Good communication encourages feelings of a safe space to ask questions. Remember though, just because you are able to ask anything, does not mean you are owed an answer. Be sure to make it clear with each other that nobody has to answer a question they are not comfortable with. With a safe space to communicate feelings, there is a less likely chance for feelings of coercion by either party.