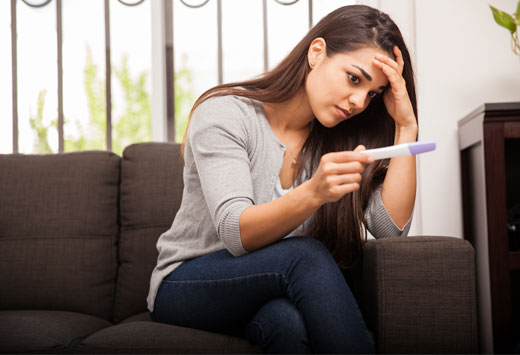 Misleading stereotypes and assumptions about birth parents are damaging and often inaccurate. There are a number of reasons why birth parents might choose to place their child for adoption. One of the most common stereotypes for birth parents is that the mom is an unmarried, promiscuous teenager and the father is absent and wants nothing to do with the child. This stereotype is false and does not match the average birth parents.

Additionally, people often come to their own conclusions as to why birth parents might have an unplanned pregnancy, such as bad decisions and unprotected sex. However, there is no method of birth control for those who are sexually active that is guaranteed to work a hundred percent. It is unfair to assume how someone came to be in the position they are in. In regards to the absentee birth father stereotype, many birth fathers see adoption as an important decision to make about their child’s future and want to be involved.

There are a variety of reasons why birth parents may place their child for adoption, and it is almost never an easy decision. These parents are making a very difficult decision, and other people’s comments or behaviors based on assumptions are harmful to the parents’ mental and emotional well-being. The assumption that birth parents place their children for adoption because they don’t love them and want to be able to abandon them is simply not true. Often they are focused on what is best for the child, and whether or not they would be able to provide their child with the best life possible. Some birth parents want an open adoption specifically because they want to be able to watch their child grow and thrive with the adoptive family.

Some birth parents may place their child for adoption because they already have children and know they don’t have the resources, such as time, energy, and/or money, for an additional child. They might believe adoption is the best way to ensure a good life for all of their children. If a birth parent is single, they may choose adoption because they are not able to raise the child on their own or would prefer the child to be raised in a two parent household.

Other reasons birth parents might place their children for adoption include a desire to focus on their education or career, or feeling too young and unprepared. Some birth parents have no desire to ever be a mother or father, and would rather their child have a chance with an adoptive parent who does want to raise a child. A birth mother might also place her child for adoption because the pregnancy was the result of an assault but she wanted to carry the child to term.

Remember, making the decision to place a child for adoption is never easy, so reconsider how you might view birth parents that find themselves considering adoption for their own child. Most of your preconceived assumptions are based off of harmful stereotypes that only add to their stress and pain.