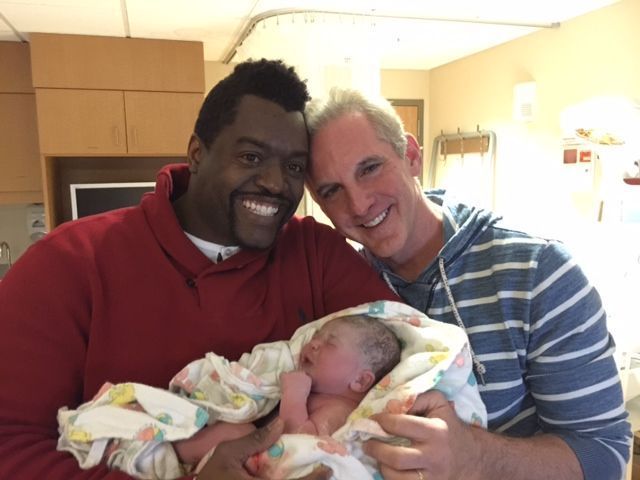 Society has made grand strides toward being more inclusive and supportive of families of all types, but that doesn’t mean that same-sex parents, and particularly gay dads, don’t still face discrimination. The process of parenting on a day-to-day basis may ultimately be very similar, but gay dads have to contend with stigma that other families do not.

Today we’re going to talk about some of the biggest problems gay dads may face, both in trying to have a child in the first place and in the time afterward, so that you are as prepared as you can be.

The Process of Having a Child

For same-sex couples, there are two options available for having kids. The first is, of course, LGBTQ adoption, either through the foster system or through a private agency. The second is surrogacy.

Unfortunately, both of these processes can be very long and expensive, and in some cases, may not work out. Depending on the state where the parents live, gay couples may face discrimination that makes it harder for them to get approved to become adoptive parents or to find a surrogate. They might even be denied outright, in states where there are laws allowing adoption agencies to deny service to LGBTQ couples on religious grounds.

The cost of adoption can be highly variable depending on the exact circumstances of the adoptive parents. On the low end, it may cost nothing at all, but on the higher end, it could cost upwards of $40,000 or even more. Surrogacy is even more expensive, the price sitting between $90,000 and $120,000.

Combine that with the unfortunate fact that LGBTQ individuals are more likely to live below the poverty line than their heterosexual and cisgender counterparts, and you can see why these costs are too much for many potential parents.

Encountering Problems Once You Get a Child

For those dads who are able to have a child through surrogacy or adoption, the trouble doesn’t end there. It may not always be through blatant or intentional homophobia, but gay dads are more likely to have trouble being accepted than other parents.

The discrimination could come through in small ways, like seemingly innocuous comments from friends and family, but it could also be big things, like being unable to get your child treatment at a hospital or other medical facility due to misunderstandings and stigma.

Additionally, the internet can be a very hostile place. Even if you don’t encounter much discrimination in your regular life, posting photos of your family online can cause trolls to come out of the woodwork to badmouth and degrade you.

Gay dads may also have trouble getting people to accept their abilities as parents. You’ll probably find yourself explaining repeatedly, when asked, that there is no mom, and people might seem surprised at your ability to care for a child without a woman in the picture.

Society is slowly working toward becoming more accepting of LGBTQ parents and relationships, but we’re still a long way off from the end goal, and until then, gay dads need to go into their new fatherhood understanding that it may not always be easy.