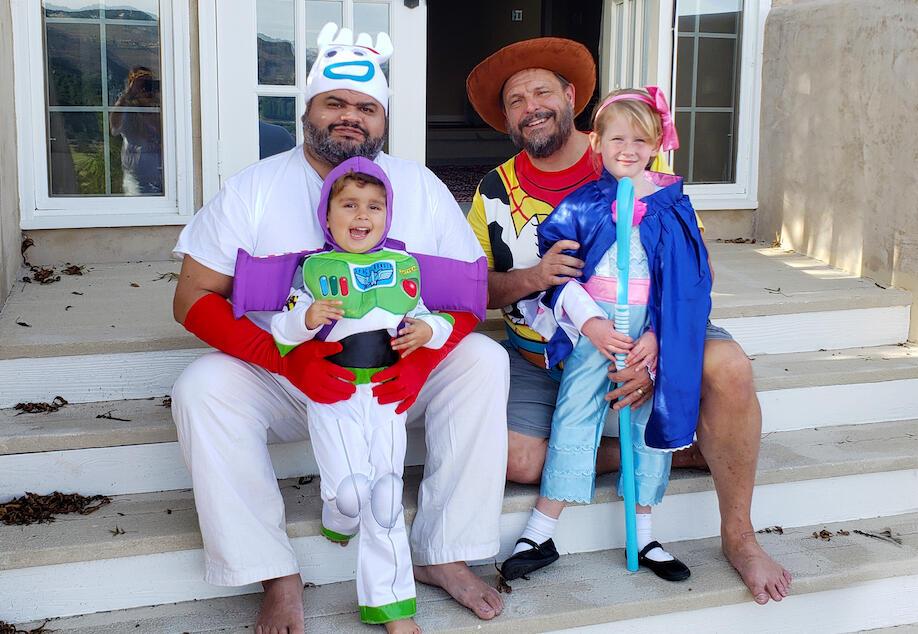 David and Pablo our adoption story

The Road to Fatherhood

David always knew he wanted to have a family, and without one, it felt as if a piece of him were missing. He was made for fatherhood and was determined to find his way there. Very early in their relationship, Pablo made it clear that having a family was just as important to him as well. With Pablo having been adopted himself, we knew this was going to be the path for us with Pablo leading the way. We set out to find a company that was accepting of who we are and quickly joined LifeLong.

We were so scared when starting this adoption journey. We were open to everything yet concerned that our openness would not bring us the family we so desperately wanted. While waiting for our moment, we spent a huge amount of time staying busy with traveling, working, and staying hopeful.

It took a bit of time for an expectant mother to reach out to us, but after about a year, there was an expectant mother we started communicating and building a relationship with for about two months. Ultimately, things did not work out as we hoped, and it was extremely difficult. Knowing there was nothing we could do but power through it, we picked ourselves back up knowing we were meant to be fathers but that this just wasn’t our moment.

After some time had passed, we got back into traveling. We were heading to Pablo’s home in Argentina. Six weeks before leaving, we found out there was another expectant mother who wanted to talk with us. Our conversations were great; it was actually pretty magical. As we got to know each other, we quickly realized this time things were different. Something just clicked with all of us. We would likely be friends outside this situation had we just met along the way. The expectant mother had not found out she was pregnant until she was six months along. Throughout this time, she had no prenatal care and no knowledge of the gender, but she did her best to get caught up with visits. Meanwhile, we went to South America.

The new Star Wars sequel came out while we were traveling. This was a film David had waited 30 years to see, so when he noticed Pablo on his phone, he was annoyed. This was a monumental movie moment and David didn’t want to miss a moment of the dog-fight. That’s when Pablo said, “I guess you don’t want to see pictures of our daughter” David had to rewatch the scene later cuz of all the tears in his eyes looking at the ultrasound images of our potential little baby girl, in a land, far far way.

“We recognized that our family's happiness was being built on another's sorrows.”
-David & Pablo

We flew out to stay near the expectant mother and birthfather, turning into even faster friends while spending almost two weeks together playing board games, ordering takeout, and enjoying each other’s company. The expectant mother requested we order some Indian food in hopes of getting things moving along. David already knew, though, that she was in labor; he noticed that every 20 minutes she would have these slight twinges. To this day, they joke that he knew before her that she was in labor.

After attempting to get some sleep, the baby was coming quickly—so quickly that she was beginning to crown in the car on the way to the hospital. With just enough time, we made it to the room, and our little girl was here. David cut the umbilical cord, and Pablo held her, tears flowing. David was instantly hooked. He fell for Lulu fast and hard, promising he would love her for the rest of his life. Pablo was still nervous and tried his best to stay cautious, remaining somewhat distant. He knew the expectant mother might change her mind. David couldn’t help it; in his heart and mind, she was our daughter, and he was not going to let her go.

The first night in the hospital was and still is a blur. It is hard to believe that we were there two nights. Our birth mother did spend time with Lulu and struggled to let go. We recognized our family’s happiness was being built on another person’s sorrows. Doing our best to support her and prepare ourselves for anything, we lost a lot of sleep, cried, and hoped everything would work out as it was meant to. Waiting for the revocation period to end was the longest week we have ever experienced in our lives.

It took time for all of us to adjust to this new life, and now we are the most incredible family. We spend Christmas together, rotating who hosts, visiting one another multiple times throughout the year, and even staying at one another’s homes. Not only are we lucky to have the birthparents involved in our lives but also the grandparents and great-grandparents. LuLu’s biological grandparents have made it clear they did not lose a granddaughter but gained two sons.

Since adopting Lulu, we have also adopted our son, Mateo. Lulu’s birthmother and biological grandparents have embraced Mateo just as if he were their family too. He gets presents on Christmas, has his own dedicated ornament, and celebrates his birthday with them as well. They make sure to give him just as much love and attention as they do LuLu. The shape of our family is beautiful and we never get tired talking about them. This was the best thing we have ever decided to do.