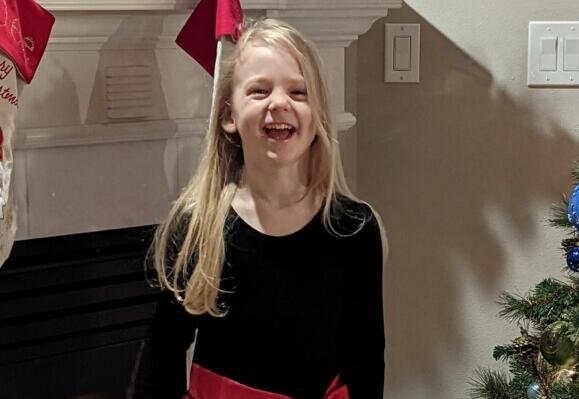 Dee and Dan our adoption story

We got married much later in life, so we did not know where we stood about starting a family together. Dee already had a son, which led us to the decision near the beginning of our marriage that raising him was our priority. As we journeyed through our marriage, the desire to have a family together became stronger. We started to try and quickly we found out we would not be able to conceive naturally.

We started to talk about adoption since both of us were adopted. Dee also placed a child after she had her son. Dee felt she could not raise two children on her own and wanted to make sure her second child had a great life. As we focused on adoption, we came across LifeLong Adoptions. They were so supportive of everyone, including the LGBTQ community, and with that, we knew we wanted to partner with LifeLong.

We did not tell many people when we signed with LifeLong because we just wanted to protect ourselves from what people might say. We told immediate family and a few friends. We were so excited to start our journey, and our family was excited for us too. Going into our adoption, Dee knew what birthmothers were feeling and experiencing since she had been on the other side of adoption herself. We also both knew what it was like to be adopted, so we embarked on this journey knowing it could take years and were okay with that.

Shortly after we began our journey, we were blessed with an opportunity. An expectant mother chose to talk to us. We got to know each other, and we loved getting to know her. Eventually she went with another family, and we respected her decision to do so. A few months later, we were chosen again while Dee was doing her residency in Texas for midwifery. Getting to know her was amazing, and our conversations were so beautiful. We loved supporting her, but our time came to an end when she decided to parent.

Time had gone by, and finally we got another call while Dee was still in Texas. It was an expectant mother who was due in just three short months. Dee called her residency and told them she needed to leave, explaining we were exploring adoption and just received an amazing opportunity. We felt right away this might be the one and wanted to take no chances. Dee flew home, and we hired attorneys to get the adoption process started.

We received a call three months later that she would be induced on the third, so we traveled to the expectant mother’s state to be there the day before. We arrived at the hotel and laid in bed awake. Neither of us were going to get much sleep, so Dee said to Dan that this time tomorrow, we could be parents. At that moment, it became so real, and we were flooded with emotions.

As we were waiting in the room adjacent to the expectant mother, a social worker came in and asked if we would like to meet her. We jumped up with excitement and went to meet her for the first time. She and the birthfather were there, and we talked for a while. We began to realize how much we had in common and connected over so many things. Then she started to feel sick and said she might throw up. Being a midwife, Dee knew this meant she was dilated to at least an 8. When the doctors came in, they said she was ready and dilated to 9. It was baby time!

“Adoption can be hard, but it is so worth it. Embrace your journey!”
-Dee & Dan

We were asked if we wanted to be in the room with her as she gave birth. We felt so honored in that moment and accepted. She told the doctors she did not want to hold the baby and asked to please place the baby with us. Dee knew why she felt this way but knew this could change and she might want to hold the baby. Dan cut the umbilical cord, and that moment was bittersweet. They placed this beautiful baby who did not cry in Dee’s arms. Evie was the most amazing baby, and the moment was magical.

Being adopted ourselves, we knew we wanted to make sure to talk to baby Evie about how loved she was and start as soon as birth, protecting her heart from ever feeling unwanted or abandoned. Evie was so loved, and how loved she was is what made all this possible.

Dee asked the birthmother if she was sure she did not want to hold Evie. She asked if she could breastfeed her, which we thought was beautiful. Dan thought this was the moment where she would change her mind about parenting, but Dee reassured Dan that it did not matter; this moment needed to happen. Evie needed this time with her mom, and the birthmother needed this time with her child.

When we left the hospital with Evie, there were a lot of emotions. We received a call from the attorney that her birthmother had pumped and asked if we wanted to go pick it up. We took Evie with us to pick up the milk so she could hold her. That was when she said goodbye to Evie, which was a hard moment. We don’t have an ongoing open relationship with her, but we do update her with pictures, videos, and such. We do have a wonderful open relationship with the birthfather’s mother; she is raising Evie’s full brother. Recently Evie’s grandmother arranged for her brother to come stay with us for a week. We plan on doing this one to two times a year so they can have a beautiful relationship.

Evie is our happy ending, and we could not imagine our life without her. Our best advice to other adoptive parents is to remember you are on a journey, and it is this journey that will teach you what type of parents you will be. Have faith that everything will work out and your happy ending will come, but be sensitive that your happy ending is not always happy for an expectant mother. Always be aware of what your expectant mother might be going through, and be kind. Take some parenting classes, not just the classes you are told to take; there are so many resources out there to help you while you are waiting for your baby.

We are forever grateful to Evie’s birthparents for allowing us to raise Evie. The strength and love it takes to make adoption possible is something that should always be respected and admired. Adoption can be hard, but it is so worth it. Embrace your journey!

David & Pablo's story « Previous
Up Next » Joshua & Richard's story Up Next »