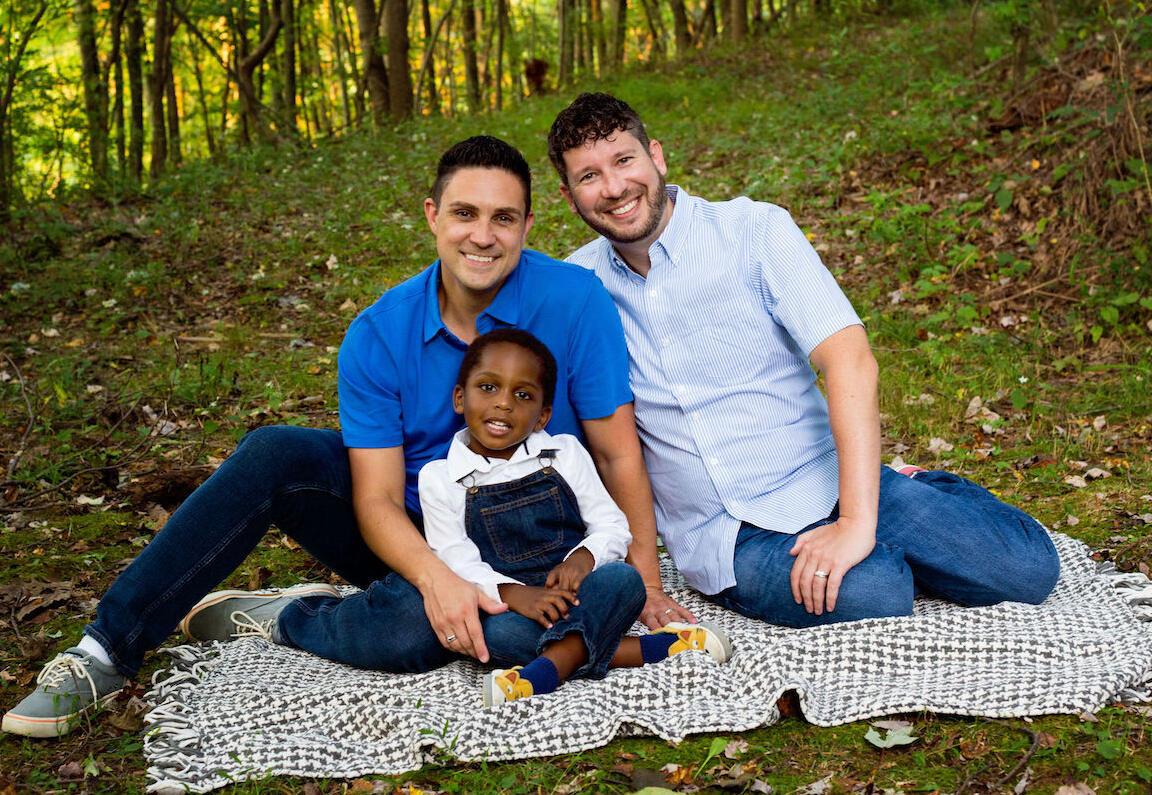 Joshua and Richard our adoption story

Time to Get Serious

Long before we were married, we started discussing adoption. Later, while on our wedding cruise, we decided it was time to get serious about adoption and start researching. Emotionally, there’s a huge difference between talking and doing, and we finally felt ready.

We found LifeLong while doing online research, and one afternoon Joshua called to get more information. He was able to speak with the director and ask as many questions as his mind could come up with. Our only adoption knowledge was what we had read online and seen on TV, which we knew was not reality. After choosing to move forward with LifeLong, we felt a wave of emotion.

We decided not to share with many others that we were going through the adoption process. We knew our emotions were already going to be running high, and we weren’t prepared to handle other’s emotions as well. Our immediate family knew we were officially moving forward with growing our family, and although that circle was small, they were fiercely supportive.

Only four months after joining LifeLong’s program and just two days after Christmas, we found out our profile had been chosen by an expectant mother. Our first conversation felt a lot like a first date—comparing likes and dislikes, figuring out each other’s personalities, sharing our favorites, and just generally getting to know each other.

A couple months after the start of our relationship, we traveled to the expectant mother’s state to spend the weekend with her. Our first night in town, she wasn’t able to meet us, and we were worried she wasn’t going to show all weekend. It felt as though there was so much at stake, and we weren’t even sure if this was real. The next evening we planned to have dinner, and when she wasn’t there after an hour, we thought the entire weekend was wasted. She finally reached out to us and let us know she was on her way and that her sister was going to be joining her. We were thankful she had a support system through the process and were excited to meet them both. Our much anticipated dinner together was amazing. We laughed, we joked, we had serious moments, and we talked about our hopes and dreams for this child.

After a great evening together, we headed home feeling reassured in our relationship with the expectant mother and her decision to choose us as the dads to her child.

Over the remaining weeks of her pregnancy, we stayed in close contact with the expectant mother. She kept us updated after her doctor appointments and shared ultrasound photos. Both she and LifeLong knew the sex of the baby and, at our request, kept it a surprise from us. We were concerned that if we knew the sex, we would become even more attached, and if she chose to parent, it would destory us even further. Although the expectant mother always referred to the baby as our baby, we still wanted to protect ourselves.

Just weeks before the expectant mother was due, we took our last vacation as a couple. As soon as we got home, we made a stop to stock up on what we thought we might need as new parents. We were planning to drive to the expectant mother’s state for the birth, so we had room to pack all the necessities.

“We were always mindful of how [the birthmother] was feeling, and we are grateful she welcomed us into her life for the short amount of time we had together.”
-Joshua & Richard

When it came time to travel, we packed up our car and drove 13 hours to the expectant mother’s state. We got settled into our extended stay hotel and waited. We did not have a chance to see the expectant mother before the birth, but we were in constant communication with her. She was so proud of her hometown and kept giving us recommendations of places to eat at and see. We drove to the hospital as a trial run so we would know where to go when we got the call.

After binging on Netflix and the exhaustion of the long drive, we both fell into deep sleep. When we woke up the next morning, we saw Joshua’s phone had been ringing non-stop for hours and that it was the expectant mother’s sister trying to get ahold of us. When we finally spoke with her, she told us they were already at the hospital and to get there ASAP if we wanted to see our child be born. We’ve never been ready and out the door so fast.

The drive to the hospital was, at most, 10 minutes. As we were pulling up, Richard was practically pushing Joshua out of the car, and he was off and running to the maternity floor. Once we finally found where we were supposed to be, we were met with confusion by both the nursing staff and the expectant mother’s sister, who continued to tell us she was standing in the hallway waiting for us, but we were also standing in the hallway looking for her. It was then that the expectant mother realized we were at the wrong hospital! Her labor had happened so fast that they had had to stop at a closer hospital than her intended delivery hospital.

We rushed back to the car and headed to the new hospital. As we were driving, the expectant mother’s sister was still updating us and finally called telling us, “He’s here! He’s here!” Caught up in the whirlwind, we were not processing at all what she was saying when she slowed us down and said, “You’re not understanding. He’s here.” It was then that we learned our son, Monroe, had been born.

When we made it to the new hospital only minutes later, it was another mad dash to find our son’s birthmother. She had chosen not to hold or meet her son, and he was in the nursery being cared for by the nurses. As soon as we made it to the maternity floor, we went to our son’s birthmother. We needed to know she was okay. After one hour with her, she told us we needed to go meet our son; she was essentially kicking us out of her room.

Meeting Monroe for the first time was a dream come true. He was so small, with the cutest dimples and baby rolls. The hospital provided us with our own room at the opposite end of the hall from Monroe’s birthmother. We shared our time between our own room and her room, making sure one of us was always with her and one of us with Monroe.

Monroe’s birthmother was able to be discharged before we were, and the day of her discharge, she and her sister asked if they could meet Monroe. Monroe’s birthmother also chose to hold him, and we could see the relief and closure in her face. We knew she was wanting a closed adoption and we were ready to honor her request, but it felt so good in that moment that she got to say both hello and goodbye.

Our adoption experience was perfect for us. Monroe’s birthmother was a dream and always knew what we needed to hear. We were always mindful of how she was feeling, and we are grateful she welcomed us into her life for the short amount of time we had together. Although we have a closed adoption, she did reach out to us on our first Father’s Day with a sweet message for us.

We cannot imagine a world in which our adoption process could have been any better. Trusting ourselves, leaning on each other, and doing what was best for us is what really helped us stay relaxed and hopeful throughout the process.