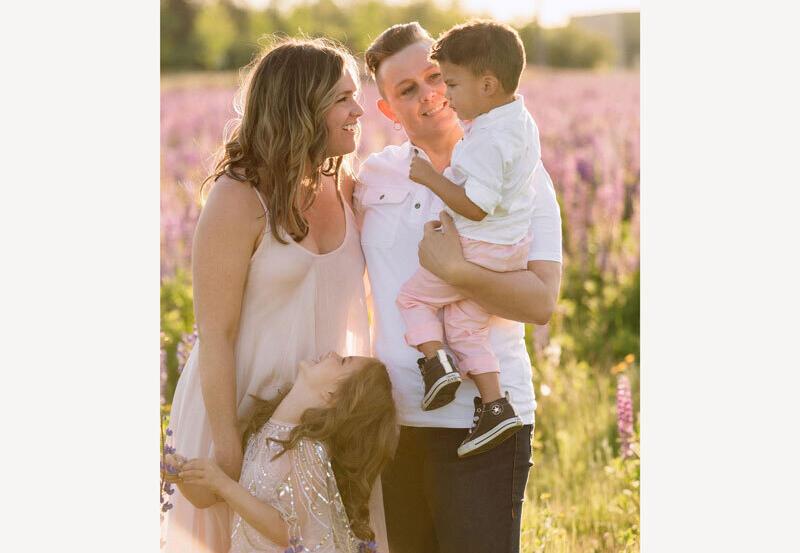 Jane and Francesca our adoption story

We had been trying fertility treatment after fertility treatment for about three years. After this heartache, we decided to move forward with pursuing adoption. We wish we would have done it sooner! We adopted Hadley and knew that we wanted a sibling for her, which pushed us to adopt a second time with Tate a few years later. Both of our babies were adopted through LifeLong.

When we first started, we were looking around at gay adoption agencies on Google, and after reading about LifeLong and talking with staff we knew this was the best decision for us. We decided to take a leap of faith.

Everybody in our family knew about our decision to pursue adoption. Our family and friends were very involved and knew about our fertility treatments and then our next chapter with adoption. Our nephews were quite a bit older, so everyone was very excited to have little ones in the family again.

Waiting for Our Turn

Starting our journey, we felt very impatient. We wanted to have a baby for so long and we were so ready to do this. We kept seeing other people get connected and kept waiting for when it would be our turn. We tried to do a lot of things during our waiting period that didn’t involve babies. We took vacations that we probably wouldn’t have been able to take with a baby. We worked a lot of overtime to save up and we completed house projects. Then we traveled some more. We just kept trying to keep ourselves busy.

We will never forget the day when LifeLong called us about baby Hadley. LifeLong had called Francesca because Jane was working night shifts and was sleeping at the time. Francesca woke Jane up holding a baby onesie and said we had been chosen and it was a baby girl!

Our first adoption with Hadley, we met the expectant mother early because she thought she was in preterm labor. Jane flew out to the midwest in the beginning of January for this waiting period. Hadley wasn’t born until February, so there was a lot of waiting. My mom lives out that way so I was able to visit her during this time. We had a lot of phone and text communication with this expectant mother and talked for months, but we did not meet face to face until January.

When Hadley’s special day came, Jane had been waiting for what felt like forever in the state Hadley was born. When her expectant mother went into labor, Francesca was still in Washington. Once we were together, she was still in labor but things were calming down. Then we got the call and made a mad dash to the hospital. It was a fun, hectic experience! Hadley was born 50 minutes after we both arrived. The birthmother had some birth plans in place and we were able to hold baby Hadley first. She was perfect and we immediately fell in love with her. We were able to cut the cord and she stayed with us that night.

The birthmother was discharged the next day. She held baby Hadley for a bit before she left. We were all holding our breath as we waited for what was next. We knew it was a tough decision and all we could do was wait. It was very difficult for the birthmother as you could imagine. When we found out that she was comfortable with her decision with choosing us we were overjoyed!

“We didn’t know what we didn't know, which was difficult, but we wouldn’t have changed a thing.”
-Jane & Francesca

With Hadley’s birthmother, it is a different type of relationship. We kept going back and forth for the first few years of Hadley’s life, but things have changed. We are all respecting each other's space and maybe in the future the relationship will be different.

With Hadley, we don’t just have our family connection, but also this extended adopted family. We were able to get into contact with her biological brother, who was also adopted. This family lives out west with us and now we vacation together! Hadley and her brother are just a few years apart and it is such a fun relationship. Hadley has a cousin out west as well and we are hoping to get in contact with them at some point. We also have two friends just 15 minutes from us who have adopted through LifeLong. We have a little “adopted kids group” and it is a great community.

A few years later, we were playing the waiting game with our second adoption. Jane was at work when the call from LifeLong came in about the opportunity with Tate. She was standing outside with a bunch of preschoolers as she was working at a daycare at the time. The call was about a baby boy that had already been born, he was just two months old.

This was a different type of situation, so we both discussed it and then quickly called our adoptive parent coordinator back. We were excited about this next opportunity and we spoke with the birthmother right away that night. We wouldn’t have wanted it any other way.

We met the expectant mother just a few days before picking up Tate. We went out to dinner together. Tate’s birthmother went back and forth a lot on her decision. It was very difficult for her. She had a friend place a baby for adoption before, and that friend was encouraging her to pick a friend of theirs to keep track of the baby. It was a very difficult couple of days while she was deciding, but she ultimately knew that she wanted us and that this was her path.

We remember getting the call just a few days after we had met her that she was ready. She did not have a stable way of communication, so she would reach out on friends' phones through a lot of our communication. When we received the call that this was the decision she made, we jumped right on the opportunity.

The day that we went to pick him up, we brought him home and our family was complete. We were overjoyed, but seeing Hadley's reaction to her new brother was the coolest thing ever. The two of them are as thick as thieves and they always want to do everything together. Their brother-sister relationship is the sweetest.

With Tate’s birthmother, we have an open adoption. She has visited on his birthday and she gets regular updates about him though our shared Instagram. She lives pretty close to us, and we have a great relationship with her. Any time she wants to come visit she can.

Lean on Your Support System

Having a support system through adoption is very important. If you can get in touch with somebody who has been through the process before, that is very helpful. Even after you bring the baby home, you have already been through a lot emotionally, so it is nice to talk to somebody and just have somebody there for you. Lean on your support system as much as you can through this adventure. Be prepared for anything, in the end it is forever worth it.

Michelle's story « Previous
Up Next » John & Jessica's story Up Next »