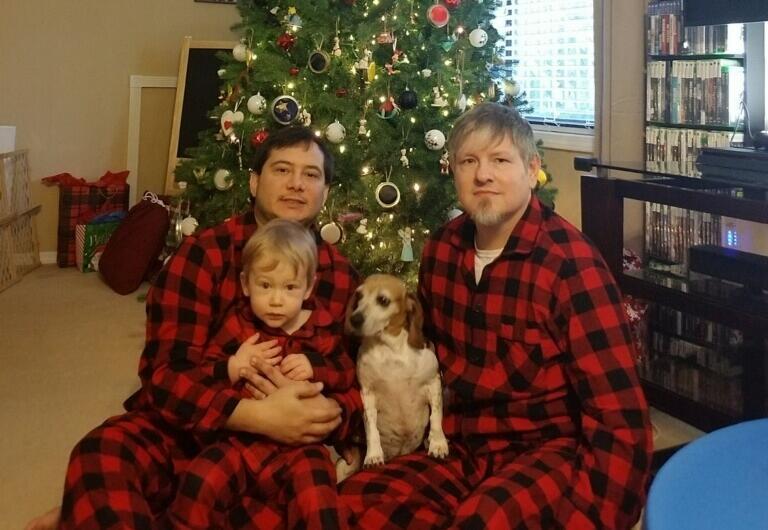 Jason and Steven our adoption story

The Beginning of an Experience

We had been married and talking about having a child for some time. We did not know where to begin. We wanted to know what parenthood was all about. In the beginning of the process, we both wanted to make this an experience. Once we agreed that we were ready to embark on this journey, we began our research. It was go-time!

We knew we wanted to work with adoption professionals that were supportive of the LGBTQ community. When googling LGBTQ-friendly organizations, LifeLong kept coming up over and over again. We made LifeLong a priority in our list by really finding out what they were all about. We read their website, checked out their Facebook page, and read other families’ stories. After getting to know so much about them and reading their positive reviews, we knew LifeLong was the team that would make us parents. After our initial interview with the staff, we were pleasantly comfortable with them. The same comfort that reassured us about moving forward with LifeLong. Since we had to refinance our house, we knew that adoption was a big decision for us, but we were so ready to be parents.

The most challenging part of the process was writing about ourselves. It was like answering the million dollar question that makes anyone break a sweat during an important job interview. We wanted to find the right words to explain to any expectant mother reading our profile what we are all about. Luckily, we had an incredible team backing us up and truly supporting us in every way possible. Once our profile went live, we let LifeLong take the wheel. We were patient and hopeful with every update from the team.

We went into this journey really wanting to embrace every step of our experience. There is no guarantee that the process will work for everyone, so we knew we had to be willing to expect the unexpected.

“Be patient. Go with the flow as best as you can. Things happen in the time that they are supposed to.”
-Jason & Steven

Six months into our journey, we received a call from a family member who knew of an expectant mother who was considering adoption. We jumped on the opportunity instantly. We directed her to LifeLong and they were in contact with her immediately. From there, everyone at LifeLong began to move with urgency — she was due in two weeks! Nevertheless, the process continued to run smoothly and we did not feel overwhelmed. We had to go through a different process because of our state’s adoption law. It was not what we were expecting, but we continued to have an awesome experience with every team we were directed to.

We came upon an unexpected hurdle with this opportunity, but with the support and love from family and friends we were able to move forward with supporting our expectant mother. Three days later, we got another unexpected call that the expectant mother was going into labor. It was overdrive time for us! We started shopping for clothes, stroller, crib, really, anything that would continue to prepare us for the unexpected. Later, we found out that it was just Braxton Hicks contractions, so we continued with our normal timeline and ended up flying out a few days before her scheduled C-section.

As time progressed, we continued to face the unexpected, but at the same time, things continued to fall into place for us. We went to visit the hospital where the expectant mother was going to be delivering. It was a rather smaller hospital than we were used to, but wow did the staff go above-and-beyond for us.

Everything Happens for a Reason

We were able to meet the expectant mother and spend some time with her before the delivery. From the moment we met her, she stopped referring to the baby as hers and referred to him as our baby. We checked-in with the expectant mother as much as possible. She had little support, so we continued supporting her in any way that we could. Once the birthmother signed her parental rights over to us, we felt a huge weight lift off of our shoulders. Even before she did, she allowed us to make every decision for our baby the minute he was born.

Our relationship with the birthmother was consistent for the first year. We created a Facebook page for her where we post pictures of the baby and she would comment saying things like, “Miss you, love you.” We have saved photos of the birthmother, so if the time comes when our son asks about his birthmother, we have something to show him.

Some advice we would share with other parents is to be patient and go with the flow as best as you can. Things happen in the time that they are supposed to. For us, going into the process using our heads and not our hearts was ideal. We had such a great experience with LifeLong that we recommended two other families work with LifeLong and they both ended up with a successful adoption!

Despite all tribulations, and one disrupted adoption prior to our birthmother, everything happened for a reason. It did not work out with the first expectant mother, because we were meant to connect with our birthmother, and later on our beautiful baby boy. Adoption was the best decision we have ever made and we would not trade it for the world.