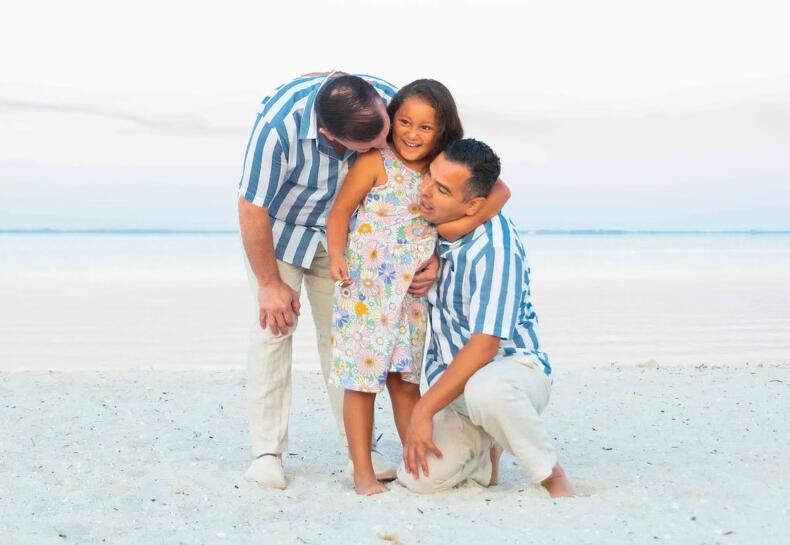 Jose and Tyler our adoption story

Having a family was always something that was important to us. We had so much to offer a child and could not wait to be parents. We started researching companies and came across LifeLong Adoptions. Right away we realized how knowledgeable they were with same-sex adoptions, which made us feel drawn to them. We also really loved how easy they made the process of getting started.

Our family was not surprised to hear that we were looking into adoption. They were all so supportive, which helped with making such a big decision. To be honest, though, there are a lot of fears when that happens. Were we making the right decision, and would this happen for us? The way LifeLong handled everything took those fears down a bit, and we felt confident in our choice.

In the beginning of the process of adoption, there are a lot of moving parts with creating a profile and the home study. Time flies when you are checking all the to-dos off your list, but once everything is ready to go, time slows down. It was quiet for the first ten or so months of our journey. We would be lying if we said that did not cause some worry, but we trusted the process.

We were finally chosen by an expectant mother, which was so exciting. Communicating with her and getting to know her were things that were new for us but seemed to be going well. After about a week, the expectant mother miscarried. That was a big shock to us and a lot of emotions as we were sad to have lost that connection but also sad for the expectant mother as well.

“Remember to keep focused on the big picture: having a family.”
-Jose & Tyler

As we navigated the first loss of our journey, we quickly realized fear had crept back into our minds. We were unsure what would happen since we were now a year into the process. We had one year left and were scared this would not work out for us. Little did we know we would be chosen again, this time by an expectant mother who was honest about not being sure about what she wanted. She was unsure about adoption and what would be best for her and her child. We were okay with that and respected her honesty. We aligned our expectations during the process, and she was in and out of the picture, which we had expected.

A few months later, she reached out and said she wanted to talk. We called her, and she said she and her partner had discussed everything and decided adoption was the right choice for them. She was ready to move forward, and we were so excited to hear that. She also explained why she disappeared, and we understood that she needed to take time to figure things out. Although we did not know what would happen, we were hopeful everything would work out.

The expectant mother wanted us to fly to her about a week prior to the baby’s due date. We were apprehensive because she had been so back and forth about adoption. We also knew that we needed to take chances in order for the adoption to be successful. Jose had a meeting in Puerto Rico on Monday, so Tyler called him and told him it was baby time. She was having contractions, so it was time to head to her since she wanted us in the room.

Tyler was closer, so he got to the hospital first while Jose tried to get there as soon as possible. By 2 a.m. a beautiful baby girl was born, and Jose received a picture during his layover in New York. We could not believe this was happening and how much we already loved her! The moment Jose arrived at the hospital, he held her and did skin to skin. This moment was finally here, and there were no words to describe the feeling. We were finally a family of three!

Our communication is semi-open, and we keep the door open for whatever communication the birthmom is comfortable with. Everything we went through was worth it to be Peyton’s parents. Remember to keep focused on the big picture: having a family. There will be unknowns and times you feel like giving up hope. Stay positive, stay busy, and stay focused.

One thing that really helped us get through our journey was reading success stories. Jose embraced the stories as if they were his own. While reading them, they would build hope as we navigated our own adoption journey.

Angel & Jason's story « Previous
Up Next » Victoria & Colin's story Up Next »

Start Your Adoption Journey Today! As of December 9th we have 3 spots available! Free Application »