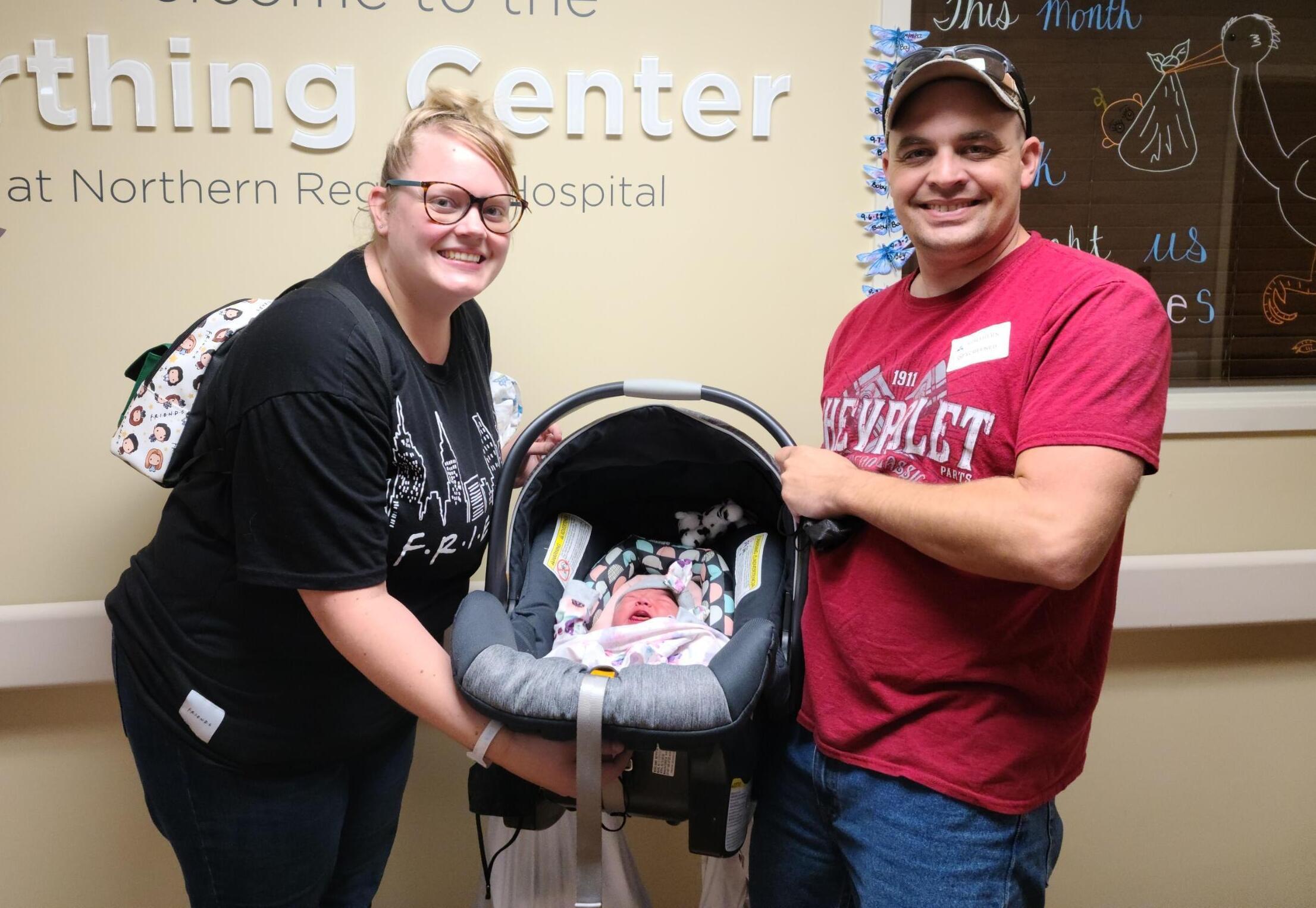 Victoria and Colin our adoption story

Pushing Through the What Ifs

After struggling with infertility and suffering through two miscarriages, we were physically and emotionally spent; we knew we had to figure out a new path for ourselves. Colin’s uncle had previously adopted, and after speaking with him about his experience, we felt confident adoption was the next step for us.

Victoria had a coworker who had adopted through LifeLong, so we started our research with them. We spoke with a couple of other providers, but after our initial meeting with LifeLong, they felt like family. They were so reassuring of us and our journey that we felt confident working with them from day one.

We were nervous to officially start the adoption process, and our minds flooded with “what ifs.” What if we didn’t get chosen? What if she chose to parent? Our friends and family were so excited for us and so supportive, and they helped calm our fears.

We waited just over one year before our profile was chosen for the first and only time. Waiting for twelve months was difficult, and doubts started to creep in. We tried to throw ourselves into work and even adopted a third dog, which definitely helped. Only three weeks after we adopted our new dog, LifeLong called to tell us our profile had been chosen.

The expectant mother lived only a couple of hours from us and was in her second trimester. Our first conversation was strange, not because it was uncomfortable but because we had so much in common. We found that between our families and hers, there were shared birthdays, anniversaries, and careers. It felt like we could have been related. Our first conversation stretched the entire day, and there was never a lull in things to talk about.

About two weeks after we started talking, we drove to meet her in person. We were nervous to meet her even though we had been talking non-stop for two weeks. Again, the “what ifs” came. What if we said the wrong thing? What if, in person, we didn’t click as well? We were wrong. Sitting down and talking with her felt like catching up with an old friend. It was so easy and so natural.

Over the course of the summer, the expectant mother and Victoria continued to talk daily. Oftentimes it wasn’t about the baby but our life: her life, our life, her story, and our hopes and dreams. Victoria had the opportunity to go visit her again and get ultrasound photos from her while spending almost two hours just talking at Starbucks together.

We had known from the very beginning that she was expecting a girl, and we started talking about names. She asked us what we thought, and we shared with her the name we had some up with: Lilly Rose. We found out during that conversation that her mom’s name was Lily as well, and she had always loved the name Rose for a middle name. Again, the stars felt like they were aligning between us and her.

“She is the reason we are parents today, and we never want her to forget her importance to our family.”
-Victoria & Colin

About one week before the expectant mother’s due date, she went in for an appointment with some health concerns. It was decided that they would induce her the next day. Since we were so close, we had agreed to start driving up to her as labor progressed. We weren’t planning to be in labor and delivery but were at the hospital when our daughter was born. The charge nurse came to get us from our room and brought us in to meet Lilly Rose.

We have loved Lilly since the moment we met her and have so much respect for her birthmother. We’ve left the door open to her birthmother for a relationship as she’s ready. We want her to feel as involved in Lilly’s life as she’s comfortable with. We speak less often now that Lilly is here, but when we do speak, we love sharing our new life and Lilly’s life with her. She is the reason we are parents today, and we never want her to forget her importance to our family. Our lives have been changed by the selfless act of one woman, and we are forever grateful to her for our sweet Lilly Rose.

Jose & Tyler's story « Previous
Up Next » Kimberly & Heidi's story Up Next »