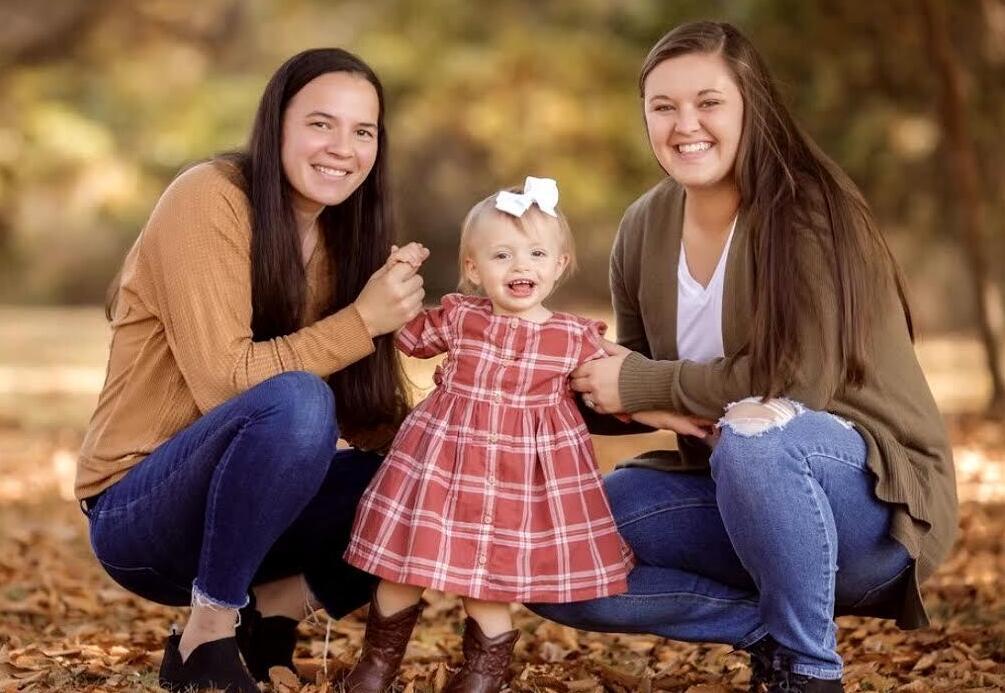 Margot and Kate our adoption story

We knew early in our relationship that we wanted to become moms, and we knew our path to parenthood was through adoption. Margot was adopted and Kate had always had a genuine interest, so we did not consider any other alternative options.

We did extensive research prior to choosing to work with LifeLong and interviewed with five to six agencies. We really wanted to find the right partnership and someone that was supportive of LGBT families.

When we shared the news with our families that we were officially starting the process, they were incredibly excited and supportive. There was definitely a learning curve, as modern adoptions are much different than the experience Margot’s parents had, but we knew their questions were all from a place of love and protection. We were happy to help educate them as we learned more about the process ourselves.

Not long after our profile was completed, we were presented with our first opportunity with an expectant mother. She was extremely early in her pregnancy and wasn’t sure if she was comfortable with adoption. Our relationship with her was short lived, but it gave us a preview of what to expect going through this process and made us even more excited for our next opportunity.

Only a couple weeks after our first opportunity, we were contacted about a second. This time we had far more details, and the expectant mother was further along in her pregnancy. LifeLong was honest with us that this was likely going to be a difficult opportunity, and they were aware many families might be hesitant to move forward. We chose to have at least one conversation with the expectant mother, figuring we’d know pretty quickly if we were comfortable moving forward. There were some initial miscommunications around setting up a time to speak, which may have discouraged some, but when we were finally able to connect, we had a great first conversation. We were able to bond over sharing a favorite TV show, and after only a handful of conversations, we felt very strongly about moving forward with the expectant mother. We understood there were potential medical risks for the child she was carrying, but we knew there was a purpose to our relationship.

The expectant mother lived only a couple hours from us, so we were able to accompany her to doctor appointments and ultrasounds and then spend the day together. About six weeks before the expected due date, we received a call from the expectant mother that she believed she was in labor and was headed to the hospital. We had bags packed but not for a baby; instead, we were packed for Margot’s brother’s wedding, which was supposed to be the upcoming weekend. We quickly changed our plans and headed to the expectant mother. She was ultimately discharged, but we chose to spend the night, just in case, and thankfully we did because our daughter was born the next day.

“We knew early in our relationship that we wanted to become moms, and we knew our path to parenthood was through adoption.”
-Margot & Kate

The following morning, the expectant mother called us again and told us she was headed back to the hospital because she knew she was in labor. We met her at the hospital and expected to be discharged again but were reassured by a nurse that this was in fact happening and that we would be moms by the end of the day.

The moment of meeting our daughter, Aria, would not be considered an intimate one given the number of medical professionals in the room with us, but it was a perfect one. Kate was able to cut the cord, and Margot was able to continue to support the birthmother post-delivery.

Given her early entrance into the world and the medical risks we were aware of during the pregnancy, Aria spent four weeks in the NICU. The hospital was wonderful to us and provided us with our own room to live in during that time. Margot’s mom came down as well to be near us and to help us with laundry and running errands as needed. While Aria continued to thrive and grow in the NICU, she struggled to meet her feeding goals each day, and our stay was extended. We were eventually given special permission to transport her to a larger hospital closer to our home. Once transferred to the second hospital, Aria exceeded expectations within two days, and we were finally discharged to go home.

Every Step Was Worth It

Since Aria’s birth, we have heard from her birthmother only a handful of times. We are grateful she still considers us as a support system, but we would be remiss if we did not admit that it has been difficult. We were hoping for more frequent communication and the opportunity for Aria to know her birthmother personally, but we understand how difficult the decision to place for adoption was for her and will always respect her space.

Our adoption journey was much faster than we had emotionally prepared for, but it was not without its own challenges. The process was emotional and it required a lot of faith and trust, but there are no words for how phenomenal it felt to hold our daughter for the first time, which made every difficult day worth it.

Rick & Brian's story « Previous
Up Next » Brittany & Shana's story Up Next »