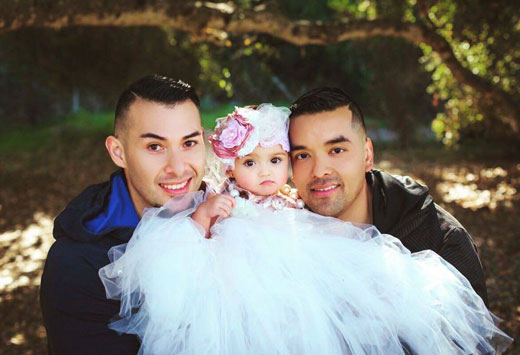 If you’re considering adoption, you should know that there are two different types from which you can choose, namely open and closed adoption. While in a closed adoption the identities of the birth parents and the adoptive parents remain classified, open adoption is one characterized by the exchange of information allowed contact with the birth parents. Since it can be tough to choose between them, we’ve made a list of some of the most common questions people ask about open adoption and everything it entails. The answers we’ve provided will hopefully help you make the best decision for yourself.

1. Can you choose between different degrees of open adoption?

Choosing open adoption doesn’t mean you have to agree to someone else’s idea of how your relationship with the birth parents should look like. This means that the answer to this question would be – yes, you can vary the degrees of open adoption for your family. After the child is born and the adoption is finalized, you can both choose to be in very limited contact with the birth parents or keep contact with them fairly often. That is for you to agree upon.

2. Who decides on the level of openness?

Is it the birth parents or your partner and yourself that choose the level of openness in an open adoption? In short, the answer to this question would be neither. Choosing open adoption means being a part of a team that consists of both you and the birth parents, which is why the very agreement when it comes to the way you’ll communicate with each other should be a decision you make together.

3. What are the advantages of open adoption?

It seems that there are plenty of advantages to choosing open adoption, or at least that’s what experts have concluded after conducting a series of studies. Communicating with each other and establishing at least some kind of a relationship results in benefits for birth parents, adoptive parents and the child. Both biological and adoptive parents are more at peace, and the child is given an opportunity to build a more stable identity, rather than deny a part of their heritage.

4. What are the disadvantages of open adoption?

The more people are involved in the process of raising a child, the more differences of opinion there will be. Many people list this as the biggest disadvantage to choosing open adoption, and it makes perfect sense. In order to come to an agreement, the parties involved need to be open with each other, as well as willing to understand other people’s positions. But once they succeed in doing that, they’re able to bring the best out of each other.

5. How does open adoption affect the child?

You might think open adoption would only confuse the child that’s been adopted. That, however, is far from the truth – children are perfectly capable of understanding the difference between those who gave birth to them and those who’re raising them. This is why knowing the identities of their biological parents can only give them a stronger sense of belonging.