What is the Paper Pregnant Movement? 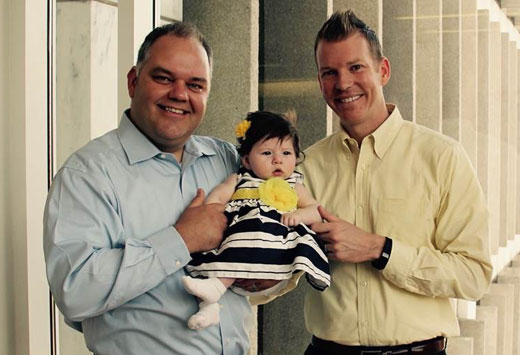 'Paper Pregnant', also sometimes referred to as 'paper pregs' is a term that has come into use in the adoption community in recent years, but many people do not know it's context. Below, we'll explain the importance of the paper pregnancy movement, and why using the term sometimes requires some tact and compassion.

First off, let's cover what paper pregnant is -- it's a term used by adoptive families to signify that they have filed the paperwork and are in the 'end stages' of their adoption process. The adoptive family are officially ready and waiting for their new child, just as a woman might be when she finds out she is physically expecting. It's a period of preparing, excitement, and anxious waiting, much like a physical pregnancy is. The term also allows adoptive parents to announce their 'pregnancy' in some of the same fun ways that traditional families have been doing for years.

Adoptive parents decide to announce their paper pregnancy at different points in their adoption journey. Some make the announcement when they're just starting out, some when they have fulfilled all their requirements and costs and are simply waiting for a connection, and others won't use the term until they've been connected with a birthmother or child and are just waiting to finalize the adoption. It's important to understand that all of these options are valid - you can choose to announce your paper pregnancy whenever you are comfortable doing so, or not at all if you prefer to not use that term.

If you start looking into paper pregnancies online, you will inevitably find a small but vocal number of people who are vehemently opposed to use of the term. While many adoptive families use the phrase with nothing but good intentions and choose to do so after being made aware of the opposition. The most common argument against using the term paper pregnant is that it takes away from the birthmother's experience. She is physically pregnant, with all the difficulties and struggles that entails, and many feel that adoptive parents calling themselves paper pregnant ignores the emotions and difficulties she encounters. Some also see it as the adoptive family 'laying claim' to the baby while it is still in utero. Of course, the easiest way to avoid any hurt feelings is to simply speak with your birthmother, when you're connected with one, to understand her feeling about the general concept. It's very important to make a very deliberate effort to appreciate her experience either way. Open communication is key throughout the adoption process, and this is no exception.

The Importance of Paper Pregnancies

Why are paper pregnancies so important? It's simple: the time before a child joins a family is an important time, regardless of how that child is joining the family. For an adoptive family, having words to describe this period of time is important as they work to prepare their home and family for its new addition. Language is a powerful thing, and this term makes it easier for adoptive parents to talk about this important phase in their life.