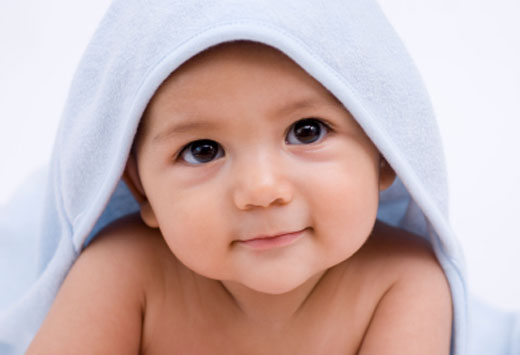 Many gay celebrities have children, but they are usually welcomed into their family through surrogacy. Celebrities who are happily raising their own children via surrogacy include Elton John, Neil Patrick Harris, Ricky Martin, Cynthia Nixon, Jodie Foster, Cat Cora, Sara Gilbert, and many others. To extend the list, we are going to talk about some famous couples and singles who adopted.

The Biggest Loser star, Jillian Michaels has two children with her partner Heidi. Heidi gave birth to baby boy Phoenix in 2012, and a week later they brought home their adopted child Lukensia from Haiti. This timing was a coincidence after a lengthy adoption process. Jillian Michaels first announced her plans about the adoption in 2010 when she decided she would leave The Biggest Loser. She met her daughter during a visit to an orphanage in Haiti and ended up falling in love with her. The adoption process was finalized in 2012. Michaels became a mother of a newborn baby and a toddler at the same time, but she is enjoying every minute of it.

The famous journalist, author, and LGTB activist, and his boyfriend Terry Miller, adopted their son D.J., through a domestic open adoption. D.J.'s birthmother was homeless when she found herself pregnant. Presented with a group of 80 families, the first two she chose turned her down because she drank during her pregnancy. Her third choice family was Dan and Terry, who decided to move forward with the adoption. Fortunately, D.J. was born healthy, and his birthmother visits him several times a year.

Comedian and actor Alec Mapa adopted a five year-old boy named Zion with his husband Jamison Hebert, in 2010. Mapa documented their journey through the adoption process in his documentary Baby Daddy, in 2014. These two happy parents got married in 2008 when same-sex marriage was made legal in California, and briefly after that they started the adoption process to complete their family with a child.

The Sex and the City star adopted her daughter, Gemma Rose, via domestic adoption in 2011. It was something she had wanted for a really long time. Unlike her marriage-obsessed Sex and the City character, Charlotte, she is openly happy and proud to be raising her daughter as a single mother.

Denise had two children, Sam and Lola, from her previous marriage to actor Charlie Sheen. She decided to grow her family through domestic adoption, and her daughter, Eloise Joni, was born in May of 2011. Despite being a celebrity, Denise's adoption journey wasn't an easy one. She told US Weekly, "Some people think if a celebrity wants a baby, they get one the next day. The adoption took two years, and there were times I felt discouraged, times when I got close to adopting a baby and it fell through. But I knew the right baby would find us."

Sandra and her husband Jesse James began the adoption process together. In January of 2010, they brought home Louis, who was born in New Orleans in December 2009. However, the couple separated in March of that same year, and Sandra decided to finalize the adoption as a single parent.

Rosie’s primary reason for adoption was to bring attention to gay adoption issues. She adopted her first child, Parker Jaren, as an infant in 1995. In 2004, O’Donnell married Kelli Carpenter and they have three children together, all born through artificial insemination. In 2000, the family took in a foster child named Mia. O’Donnell wanted to adopt Mia, but the state of Florida removed the child from their home. Since then, O’Donnell has been working hard to bring an end to the Florida law prohibiting same-sex adoptions. Finally, in 2013, Rosie legally adopted another baby girl named Dakota with her partner Michelle Rounds.

The celebrity couple have two adopted children. Annie was born in 1986, and Thomas was born in 1996. Jamie speaks openly about her adoption journey and being an adoptive parent. She also wrote the popular children's book, Tell Me Again About the Night I Was Born, which celebrates domestic adoption.

Start Your Adoption Journey Today! As of December 7th we have 3 spots available! Free Application »