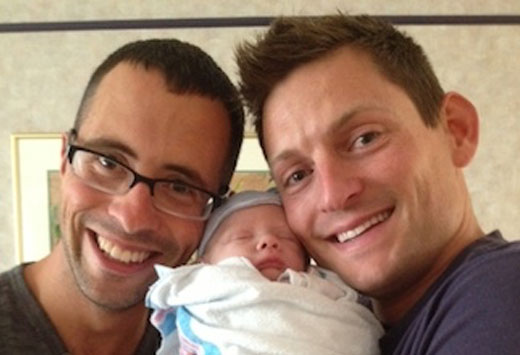 Support for LGBT couples adopting children has steadily been increasing throughout the years, and equal rights activists have worked hard to make that possible. While there are certainly still more hurdles to overcome, everyday more and more LGBT couples are adopting to grow their families. If you and your partner are looking into adopting, here are some facts that may interest you as you research what you need to do in order to grow your family.

Adoption by same-sex couples is legal in every state since the marriage equality ruling of Obergefell vs. Hodges in 2015. States used to be able to deny adoption due to martial requirements, but now that marriage equality is a national reality, LGBT couples cannot be turned down to have the chance to adopt a child together from a public or non-faith based agency. Because of the ruling, a law in Mississippi which banned same-sex couples from adopting was reversed in 2016, making adoption legal in all 50 states.

Children of LGBT couples, whether adopted or blood-related to their parents, have shown to be more open-minded and, tolerant, and communicate more openly about their feelings. These children in many cases have been found to show more empathy for people they are different from. They displayed a better understanding and acceptance of different lifestyles. This is because many LGBT parents do not have the traditional gender roles in their households, and they are accepting of diversity, often celebrating it.

By Leaps and Bounds

The number of same-sex couples who adopt children has more than tripled, going from 6,500 in 2000 to 22,000 in 2010. There are 594,000 same-sex couples in the United States of America, and of those, 115,000 have children in their households. In the United States, studies have shown that more than 4% of all the children adopted in the states are raised by LGBT couples, and that more than 2 million LGBT couples have a interest in adopting.

LGBT couples who are adopting children are more diverse in ethnicity and economic status, and are more likely to adopt across racial lines then hetrosexual couples. Additionally, because LGBT couples who adopt are much likely to be older, a bit more educated, and more financially stable, they often have better resources then hetrosexual couples. This can lead to more opportunities for the child, as well as more financial stability for the family unit as a whole.

There is legally no difference between LGBT couples adopting and hetrosexual couples adopting. You still will need to select the type of adoption, choose an agency, go through a home study, and then wait for your child to be placed with you. The only real difference between LGBT couples adopting and hetrosexual couples adopting is that unfortunately due to an agency’s preferences (often based on religion), sometimes an LGBT couple will need to look for a more accepting agency. Don’t let this discourage you, because there are many other agencies who will be happy to place a child with you. California is the state with the highest percentage of adoptions by LGBT parents. However, Alaska, Mississippi, Wyoming, Montana, and Idaho also have a high proportion of LGBT parents, despite those states being known for their conservative politics.