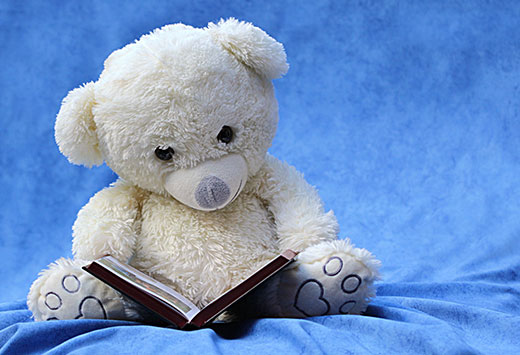 Children love stories of all kinds, but there's no denying the power of representation. Seeing children and families that echo their own is important, but can be difficult to come by in the sea of heteronormativity that is most bookstores and libraries. Below are six picture books featuring a diverse cast of LGBT families.

Written by Peter Parnell and Justin Richardson, this book was loosely based on a true story, in which two male penguins in captivity were given a chick that they successfully raised together. That story has translated into a beautiful children's book that fosters inclusivity and invites discussion about different types of families. This book is probably the most well-known and widely available from the list, largely due to the controversy it caused when it was initially published in 2005.

King & King was originally published in Dutch in the Netherlands in 2000, written by Linda De Haan and Stern Nijland. The book was translated into English and published in the U.S. two years later, and has since sold thousands of copies. The story follows a young prince on a mission to find a wife, but who instead finds a husband. The book also has a sequel, King & King & Family, in which the two kings adopt a daughter, making it a great series for adoptees to enjoy with their parents.

10,000 Dresses by Marcus Ewert was somewhat groundbreaking in the LGBT community, as is one of the first children's picture books to depict a transgender child. The main character is a transgender boy who longs to wear dresses, but does not receive the support he wants from his family. He does find a supportive neighbor by the end who helps him design a beautiful dress. The book can spark conversations about how not all families are accepting, but some parents may wish to screen the book before reading it aloud, as the family's rejection of the main character's preferences may be upsetting to some children.

I Am Jazz is based on a true story, that of the reality star and activist Jazz Jennings. The book is by Jessica Herthel and Jennings herself, and uses simple and honest language to explain Jazz's story. The book is fantastic for presenting the concept of gender identity to young children, and for fostering conversations about those concepts and about accepting people as they are.

The Bravest Knight Who Ever Lived

This book by Daniel Errico was recently adapted by Hulu into a short animated feature, cementing its status as a successful LGBT children's book. The book is a modern fairy tale featuring a young knight who rescues a prince and princess, and reveals afterward that he'd much rather marry the prince. The knight gets his happy ending, as is fitting for any fairy tale.

This book features a little boy named Noah and his two moms, who make a new friend that needs a little help finding himself. The book is notable for the casual inclusion of same-sex parents, with an easy, natural family dynamic on par with anything found in more traditional children's literature. The fantasy dragon combined with quality representation makes this book a priceless addition to any child's library.